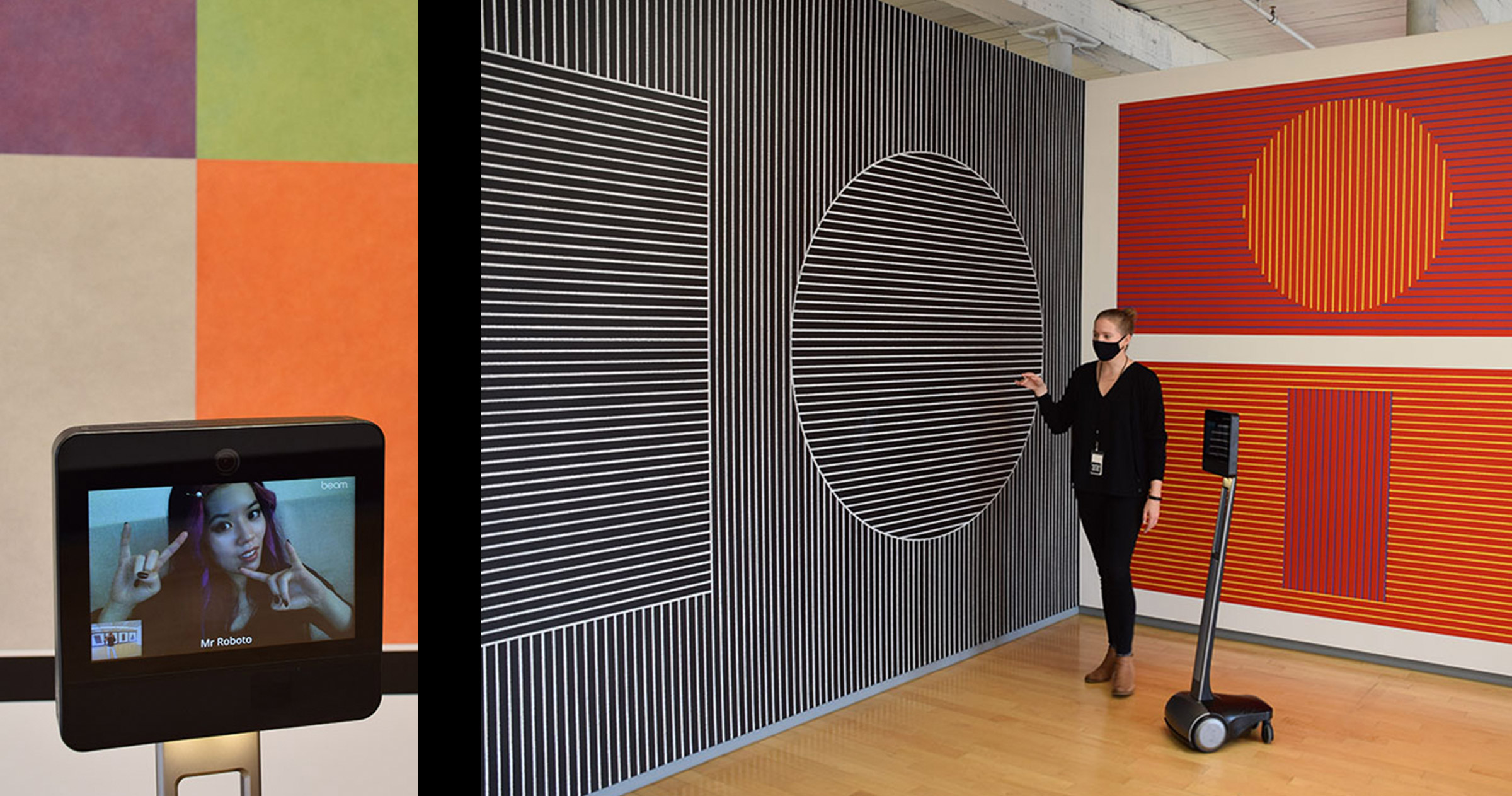 We can’t travel during a pandemic, but we can visit museums from a distance by using innovative robotic technology

I miss flying somewhere and meandering around art museums—activities that are now impossible because of the pandemic. While researching virtual tours, my antenna lit up when I learned of “telepresence robots,” which let us visit far-off places from the safety of home. By digitally streaming into a robot body, I could explore a foreign art gallery in real-time: looking around, moving freely, and chatting with the docent as if I were really there.

Most telepresence robots look like a tablet mounted on a long stick, which is attached to a wheeled base. (Perhaps you may be familiar with the “Shel-Bot” featured in The Big Bang Theory TV show.) When COVID-19 forced museums to close, a few began offering tours with this futuristic AI. Visitors “beam in” to the museum’s android via video conferencing, and use remote controls to move it through the exhibits.

The more I learned about telepresence robots, the keener I became to test-drive one. Would I feel as if were in a new destination, admiring artwork and strolling through the grounds – even though I was sitting on the sofa at home?

With the help of my friend Tim, I arranged a special tour of the Massachusetts Museum of Contemporary Art. Tim picked up a specialized GoBe Robot—which I dubbed “Mr. Roboto” after the 1983 Styx song—in Boston, and drove it to the museum in North Adams. Meanwhile in Vancouver, I downloaded the GoBe app onto my laptop. The program let me enter the robot’s “face” through video conferencing similar to Zoom, and use arrow keys to control the directions of the rolling “body.”

A docent led my “robot-self” through the Mass MoCA, and introduced me to the modern art that we encountered. Using the controls on my computer, I followed her path with ease, as if I were driving a toy car from afar. On my screen, I had a “robot’s eye view” of the gallery, thanks to a camera located near the top of the GoBe. I could also see my base, so that I wouldn’t accidentally run into the guide’s feet or crash into the exhibits.

I manoeuvred past Ledelle Moe’s enormous monolithic figures lying on their sides, and crept closer to view their aged and imperfect textures from all sides. At Blane De St. Croix’s tornado-like installation, which reflects on climate-vulnerable landscapes, I used the robot’s “foot” camera to examine a copper hole in the ground. I ended my tour in front of Sol LeWitt’s colourful walls. His minimalist geometric panels left a bright impression on me, even though I was admiring them through my computer screen.

Although I was physically at home in pajamas, the telepresence robot let me tap back into the joy of exploring an art museum in person. I felt as if I were standing right next to my guide, asking questions and following her hand gestures with my eyes. I noticed the daylight changing through the windows of the Mass MoCA in real-time, adding to the uncanny feeling of teleportation.

The novel technology had a few hiccups. In some parts of the museum, the WiFi dropped and the screen froze. Tim had to push the robot to a different area so that I could re-connect my app and stream back in. I also had to be cautious when rolling over bumpy surfaces in case the heavy droid tipped over, and I had to make sure that it was fully charged before operating.

Even if they haven’t yet reached Jetsons-levels of intelligence, I’m optimistic about the potential of telepresence robotics. As a “ghost in a machine,” I genuinely felt as if I were traveling and interacting with friends at the Massachusetts Museum of Contemporary Art. When the pandemic ends, the technology can continue to provide access for anyone unable to visit a destination. Perhaps the Styx song was prescient, and put it best: “Domo arigato, Mr. Roboto. Thank you very much, for helping me escape to where I needed to.” •