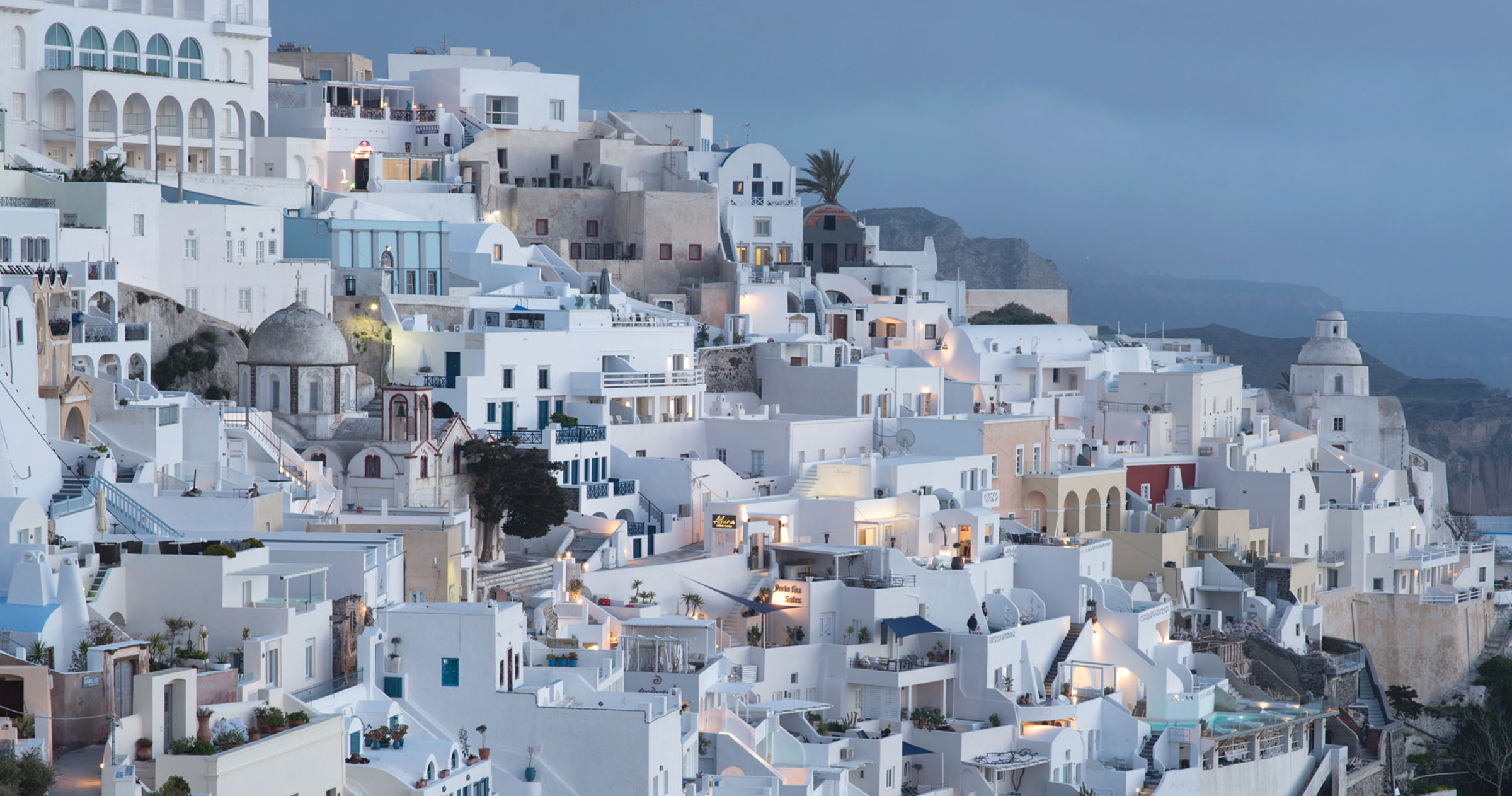 Greece is a summer travel destination that lives up to its postcard-perfect reputation. Picture this: crumbling white ruins, blue churches, and sunsets over the Aegean Sea. There’s a laid-back timelessness here that is certain to charm every type of traveller.

If you visit both Athens and Santorini, you’ll be able to experience everything that makes Greece an enduring favourite. The myths come alive in the capital city, while the island is all about beach living: think sunset sails and patio dining.

Economics are currently in the traveller’s favour. Prices are low compared with the rest of Europe, so you get excellent value, particularly at luxury hotels and restaurants. Although Greece is still grappling with a financial crisis, vacationers aren’t affected, and all banks and ATMs are fully operational.

Athens is the perfect starting point for a cultural odyssey. Named for Athena, the goddess of wisdom and war, this sprawling city has been inhabited for 5,000 years. No matter where you stroll, you’ll stumble upon impressive ruins from past civilizations.

However, Athens also has a hipster side. The city has become a hotbed for artists who hang out in coffee shops, cocktail bars, and galleries with live DJs.

Every traveller should visit the Acropolis, the icon of Athens. To avoid the crowds, arrive as early as possible at the foot of Acropolis Hill, where you can purchase the $30 entrance ticket. Wear comfortable shoes, as there are about 100 stone steps to climb.

At the top, I wandered around temples dating back to the Golden Age of Athens (460–430 BCE). My favourite was the Erechtheion, with its “Porch of the Caryatids” – six columns carved like Greek maidens, balancing a roof on their heads.

The star of the show is the Parthenon, the white-pillared symbol of Western democracy. Despite damage throughout the centuries, these Doric columns stand strong. I felt in awe, standing beneath this wonder of classical architecture.

The Acropolis Museum, which opened in 2009, is also worth a visit. The collection has artefacts from the Bronze Age to the Roman Empire and beyond. The top floor re-creates the frieze of the Parthenon. At sunset, it lights up with a 360-degree view of the Acropolis and mountains.

Athens’s contemporary street art is equally inspiring. I joined an Urban Adventures walking tour that took me to the city’s hippest neighbourhoods, including Exarchia, Plaka, Monastiraki and Gazi. These run-down corners have been rejuvenated with colourful murals, some with socio-political themes.

Taking a cue from locals, I ate Greek food in cozy tavernas. My favourite was Seychelles, a home-style restaurant in the formerly industrial neighbourhood of Metaxourgeio. The grilled sardines with lemon, sea bass, and cabbage dolmades (rice and herb-filled wraps) were the best I’ve ever tried. I washed the meal down with ouzo (anise-flavoured liqueur) and orange cake (juicy layers of filo and Greek honey).

Time to fly one hour to Santorini, an island in the Aegean devastated by a volcanic eruption in the 16th century BCE. This is the place to relax under the sun. The islanders traditionally lived in cave homes, so why not stay in a modern version overlooking turquoise waters? I booked a vacation rental through Blue Villas Collection, which has more than 100 listings on the island. I settled into a luxurious white villa with a private pool and patio, and enjoyed my hand-delivered breakfast outdoors.

When most people think of Santorini, they imagine the village of Oia, with layers of pastel homes topped by an old sea windmill. Come in the afternoon to browse shops and meander through the cliff pathways. Then, find a quiet perch to watch the radiant sunset over the water.

The other main village, Fira, has equally dramatic viewpoints. Hike the Karavolades Stairs down the caldera; if the 588 steps are too daunting, you can ride the cable car. Fira also has some of the best dining options. Every morning, I bought a warm spanakopita (spinach feta pastry) from Svoronos Bakery. For dinner, try Tsipouradiko’s grilled fish and risotto, paired with tsipouro liquor.

Another beautiful way to see Santorini is by boat. I took a day-trip on Sunset Oia’s catamaran, which sailed to rust-coloured Akrotiri Beach and other hidden coves. The passengers stopped to swim, then feasted on Greek barbecue while watching the sun dip into the sea.

Don’t leave Santorini without a day at the beaches. Kamari is famous for its black pebbled sand and dark waves. My favourite was Perissa, with its casual beach bar and dramatic view of Mesa Vouno.

This season, take a cue from Greek gods and goddesses and let the wine, festivities, and culture flow. There’s plenty to enjoy in Athens and Santorini, regardless of  your travel style. Perhaps the philosopher Euripides put it best: “Experiences, travel, these are an education in themselves.” •

Getting There: Montreal and Toronto have direct routes to Athens on Air Canada and Air Transat, with a flight time of 9.5 hours. Vancouver departures must make at least one connection, which could be an opportunity to stop over in Paris, Amsterdam, London or Zurich. All ticket prices are $900-$1,300 CDN.
In the summer, travellers can book a ferry ride of between five and eight hours from Athens to Santorini, for $30-$110 CDN. There are also many domestic flights to Santorini that take less than an hour, and cost between $70 and $200 for a round trip.

Ground Travel: The easiest way to get around Athens is by Uber. Santorini does not have Uber, but hotels usually offer pickups for guests. To reach the island’s major sites, take the regularly scheduled buses for about $2.50 per ride.

Accommodation: A central, four-star hotel in Athens costs about $150 CDN per night. A private ocean-front villa in Santorini begins at $575 CDN per night.