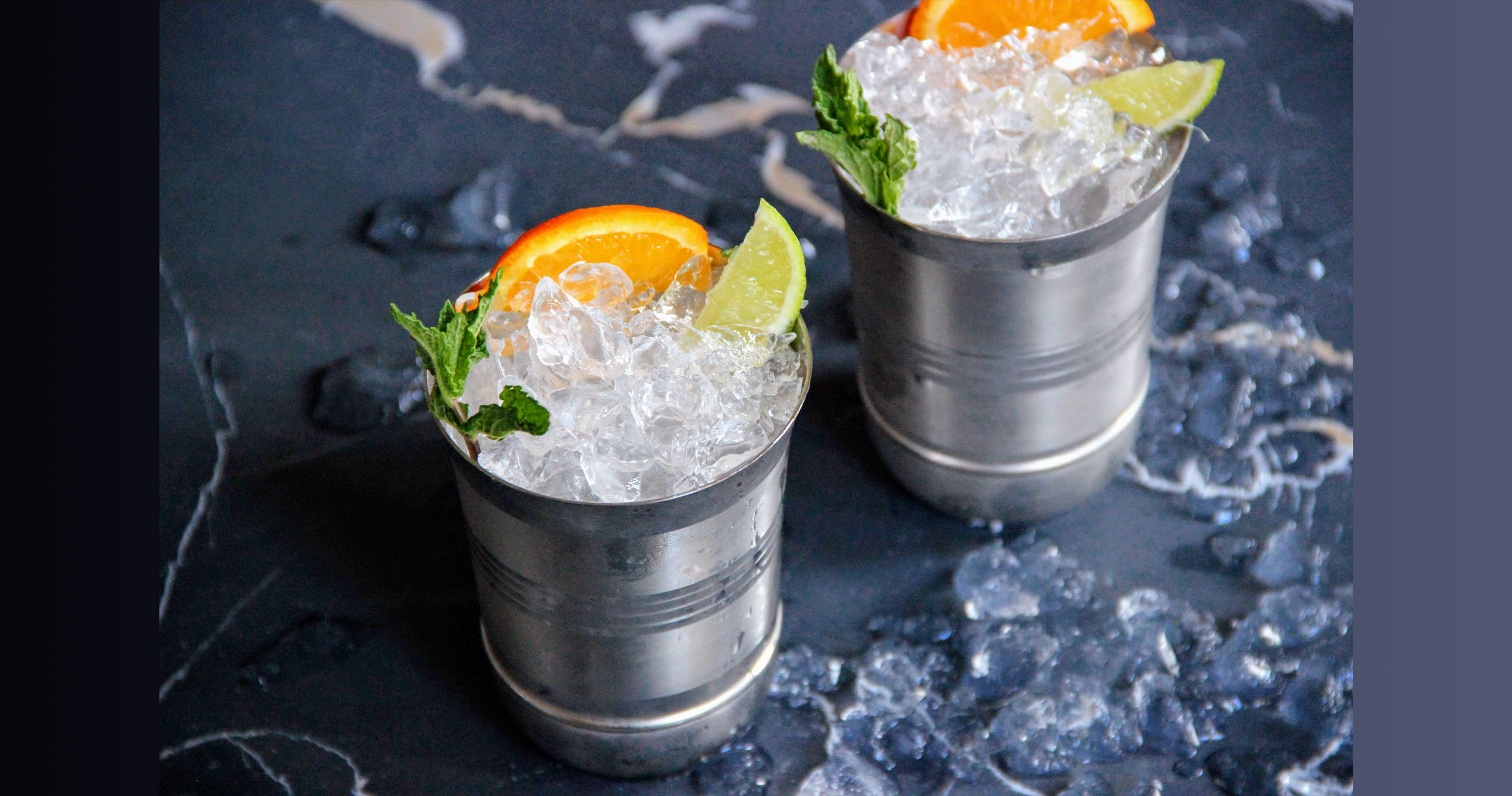 Cocktails. The mere word denotes the sophistication of any occasion – be it a date night, family celebration, or corporate affair. Cocktail bars have been popping up across the country as more people opt to sip and savour a special drink. Some of these bars, as well as culinary schools, are offering classes so that folks can learn the classics, adding their own twists at home.

At Famous Last Words in Toronto’s Junction district, classes are inspired by popular novels. “We started out with James Bond’s drinking habits,” recalls Marlene Thorne, the bar’s founder. Debate continues regarding 007’s preference for martinis “shaken, but not stirred” as the line first appears in Ian Fleming’s 1956 Diamonds Are Forever, and uttered simply as “shaken, not stirred” by Sean Connery six years later in Dr. No.

“One theory is that shaken ice would melt and dilute the alcohol faster, so Bond could keep his wits about him,” Thorne says. “But it could also be that he was just asserting his dominance by ordering an incorrect cocktail.”

Another popular class is the Roaring Twenties, which draws inspiration from F. Scott Fitzgerald’s The Great Gatsby. Daisy Buchanan’s Kentucky roots are honoured with a mint julep. Homage is paid to the pre-Prohibition days with a Bronx (martini, orange juice) that most historians agree was first served at the Waldorf Astoria in 1906. The Between the Sheets (rum, brandy, Triple Sec, lemon additions) is believed to have originated at Harry’s New York Bar in Paris.

Famous Last Words has other classes inspired by Jane Austen’s Pride and Prejudice (popular for bachelorette parties), and seasonally appropriate beverages stirred up by Charles Dickens in Great Expectations. The Game of Thrones class invents drinks based on the provisions that George R.R. Martin made available to the Seven Kingdoms of Westeros. The Cinnamon Wind ship delivered black strap rum, apple bitters, and lemons. “We use Curaçao rather than Cointreau in a jasmine cocktail to create A Shake of the Evening, whose blue matches the eyes of the White Walkers,” Thorne says.

Happy hour classes at the Ateliers & Saveurs institutes in Old Montreal and Quebec City are contributing to an appreciation for cocktails among Quebecers. “In the past, Québécois found them either too strong or too sugary,” says mixologist Fanny Gauthier. “I like to think we’ve democratized cocktails by evolving the tastes.”

Gauthier and her team make it easy to duplicate results by featuring only ingredients readily available at liquor outlets and local grocers. “We also remind people to look in their fridge or pantry for juices, fruit and spices,” she adds. “And we teach simple tricks, such as making simple syrup with equal parts sugar and water.”

Spritzers are popular year-round, with a splash of Prosecco or Compari added to soda water and, of course, gin. “There’s so much you can do to further refine the already wide range of gin, adding a lemony twist, apricots and orange slices, or white cranberry juice,” she says.

Achieving balance among sweet (perhaps by adding maple syrup, or jam), the sour (lemons, limes, grapefruit, or Cointreau) and strength (the alcohol), is paramount. Otherwise, possibilities are endless. “That’s why our sangria classes sell out in no time,” Gauthier says.

Convenience is key, which is why Amanda Chen, the founder of Salty Paloma, launched classes at Pray Tell bar on Toronto’s College Street to give people a first-hand experience of trying her products. “We show people how to put our all-natural flavoured salts and sugars to best use,” says Chen, who crafted the products because she couldn’t find high-quality flavoured salts to make margaritas at home.

Tourists and locals flock to classes held during the bar’s closed hours and often stay for more cocktails once the bar opens. “With a focus on all-natural ingredients, our seasonal menu is planned like a three-course meal, beginning with a herbaceous cocktail, like a Pisco sour with dragon fruit, to a fruity margarita and we finish off with an espresso martini,” Chen says. “We explain all the tools, and what you can get away with not owning.”

In Montreal, Edwin Knight-Vallée is among the instructors at the Institut de tourisme et d’hôtellerie du Québec (ITHQ) that holds workshops at various locations. “The goal is to make it easy for Monsieur ou Madame Tout-le-Monde to enjoy cocktails,” he says. “If there’s overripe fruit in the fridge or a shrivelled piece of ginger, you can use it to make a good drink.”

The workshops begin with some history. “We talk about Jerry Thomas, who was the first to write down recipes,” Knight-Vallée says, referencing the author of The Bartender’s Guide, published in 1862. “We discuss the good and bad sides of this bartending icon.”

Everyone gathers around a main bar to see how the ingredients and tools are used. “A three-piece cobbler is the hardest shaker to open so people tend to hit it on the side of a counter, which just makes it harder to open the next time,” Knight-Vallée says. “It’s much simpler to use a two-piece Boston tin instead.”

After each demonstration, everyone heads to individual stations to recreate the cocktail. “We guide everyone on how to adjust each beverage to taste,” he adds.

If someone finds a margarita too acidic, for instance, its sugar content can be enhanced with agave nectar. “Most of the time, if someone doesn’t like a drink, it’s because it’s not sweet enough,” Knight-Vallée says.

Lightening up on the booze is a growing trend. “Responsible consumption has become a part of our social values,” he says.

Taking liberties with libations is a fun way to give a nod to the classics. Cheers! •

Originally published in the Kitchen and Bath 2020 issue.