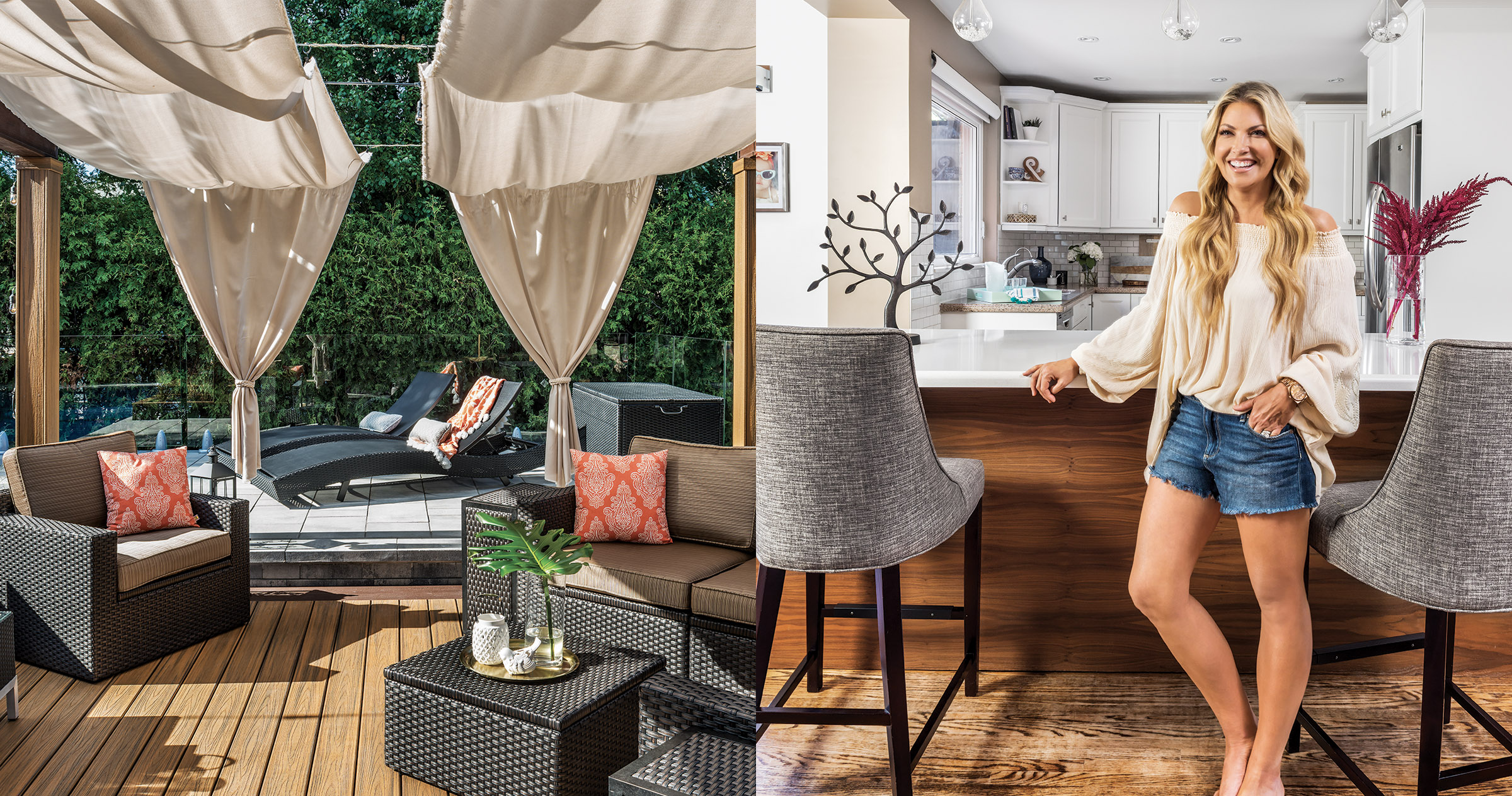 Cheryl Hickey is really just a homebody. Sure, she gets to interview the glitterati in her glamorous job as host of ET Canada, but home and family are important to her. It’s something that she realized from a young age.

“When I grew up, there was an open-door policy at our house,” Cheryl says. “One really warm memory I have is my parents always had our friends and family over. There were always barbecues going, there was always music, there were always people around. To me, that is family. That is home. Now that our kids are getting out of the baby stage, we want to create that as well for our family.”

Cheryl and her husband moved into their northern Toronto home seven years ago. The house wasn’t quite perfect for them, and they talked about demolishing it and starting afresh. However, with a one-year-old baby, that seemed like a bad idea, so they settled in and decided to make incremental changes.

One project was an addition on the back of the house to provide a dining space, extend the kitchen, and add a master bedroom and bathroom. Several years later, it was time to finesse those changes. It’s perhaps no surprise that Cheryl focused first on her kitchen, today’s favourite domestic gathering place. “That’s where it starts,” she says.

Through the recommendation of a friend at ET Canada, Cheryl found contractor Janos Nagy, an invaluable help. He suggested changes – nothing radical, but enough to make a difference. The dark wood cabinetry was painted white, and the brown-and-white backsplash gave way to white subway tiles. The wooden windowsill was replaced with a slab of pale marble.

The facelift also included removing the microwave oven above the stove and replacing it with a range hood. The cabinets received new hardware and were topped with crown molding.

If the kitchen can be said to have received a facelift, then the backyard underwent major surgery. Cheryl describes it before the change as “a big green space. There was no garden. It was grass and a crab-apple tree; that’s all we had. And it was great: we played baseball back there, the kids would run, all that stuff, but that was it. There wasn’t any entertaining space at all. There was nowhere for anyone to sit.

“We decided that we really wanted a place where we, as a family, could relax, rejuvenate, and enjoy, and a place where family and friends could do the same.”

One element that Cheryl was adamant about adding was a swimming pool. “That was something I grew up with, and my kids, they’re fishes; they love to swim. But when you have a pool, you need a deck, right?”

The lot is pie-shaped. The pool that Cheryl wanted is large: 14 by 32 feet. With children around, she’s very safety-conscious, so safety features such as fencing were paramount. She also wanted plenty of deck and patio space for entertaining. And she wanted spectacular lighting that would be nonetheless soft.

The pool and decks cover about 50 per cent of the backyard, but because of the property’s wedge shape, the complete installation appears to cover nearly all of the yard. It offers a dining space under a pergola, with a barbecue area. There’s plenty of lounging space, open to the sun. A linear firepan provides drama beside the pool.

One unobtrusive safety feature is the railing around the pool, which is solid glass and has no top rail or support posts, so the view is barely obstructed.

“This was very exciting for us,” Cheryl says of the transformation of her backyard and home. “I’m absolutely in love with it.” •