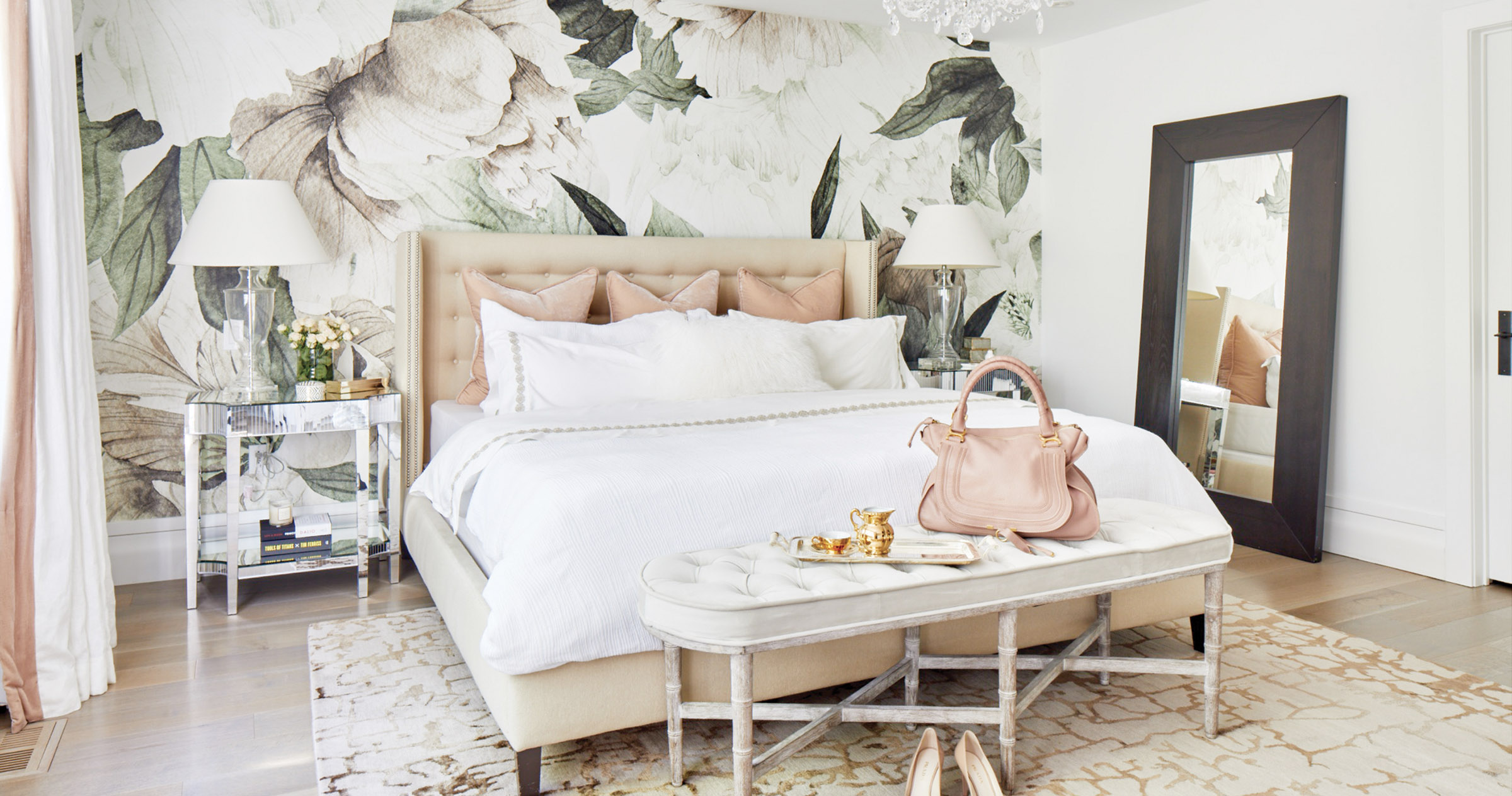 The couple wanted a bedroom in which they could relax and watch a movie on their own. Their nine-year-old son needed a bedroom where he could feel grown up and independent. Toronto interior designer Dvira Ovadia managed to meet both sets of the family’s needs by creating unique bedroom decors around powerful statement walls.

Installing a wall-to-wall floral mural in the parents’ master bedroom helped transform it into a luxurious retreat with a romantic, bohemian ambience.

Covering one wall in the boy’s bedroom in bold, black and white animal-print wallpaper rendered it a cool, edgy space, perfect for a young boy on the cusp of adolescence.

“A statement wall can make a big difference, especially in a bedroom,” says Ovadia, owner of the eponymously named design firm Dvira Interiors. “Bedrooms are a place to create something unique and have a little fun.” And compared to bathrooms, she adds, they are relatively inexpensive to decorate.

The couple in this case had recently remodelled their 1920s downtown Toronto row house into a contemporary space, and they had built an addition where the master bedroom is located. They wanted their new bedroom to match the overall contemporary style of the house but at the same time to stand apart and elicit a bit of a “wow.”

The floral mural, Ovadia says, creates a romantic mood. The Anewall mural features oversized, stylized begonias in blush tones. Ovadia used those blush and nude tones as a starting point and replicated them in the furnishings, linens and accent pieces. The addition of a pretty chandelier and translucent glass lamps on the mirror-rimmed night tables carry through the romantic mood. It could all be a little too feminine if it were not for the fact that other than the mural, the room was really a blank slate. The bedroom walls were all painted in Benjamin Moore’s Paper White (OC-55), a subtle, soothing white with grey tones; the trim and ceiling were painted Oxford White. The oak floors were white-washed and the built-in floor-to-ceiling cabinet was finished in matte white. “The room has a very calm feel,” says Ovadia. “It has become a retreat, a place where mom and dad can get away.”

The cabinet holds a linear fireplace and flat-screen television to help make that possible.

When it came to their son’s bedroom, Ovadia says, she took a similar approach. The room was also a blank slate. As in the master bedroom, the walls here were painted in Benjamin Moore’s Paper White, the oak floors were white-washed, and the built-in cabinets were finished in a matte white. Once again, Ovadia says, it came down to finding a unique wall covering to make the room’s focal point.

“We were looking for something the child could grow into, a room with a bit of a lifespan.” For this room, she says, a hand-painted Aimee Wilder designer paper featuring black and white tigers was a perfect choice. It gave the space an edgy feel.  And, she adds, by adding a cowhide rug and distressed leather headboard, the room became even cooler and more grown up. A charcoal-grey metal trunk from Restoration Hardware and a suspended metal shelf finished the room with a dash of industrial chic.

“The key when doing a bedroom for a young person is to invest in a few key pieces that will last 20 to 25 years and then some,” says Ovadia, noting how the metal trunk could easily become a keeper. “The only thing that would date this room is the wallpaper and you could change that out.” •

Photography: Gillian JacksonStyling: Cynthia Ferguson A property that is occupied only part-time can feel impersonal, dreary and anything but homey....

A Suite Of One's Own