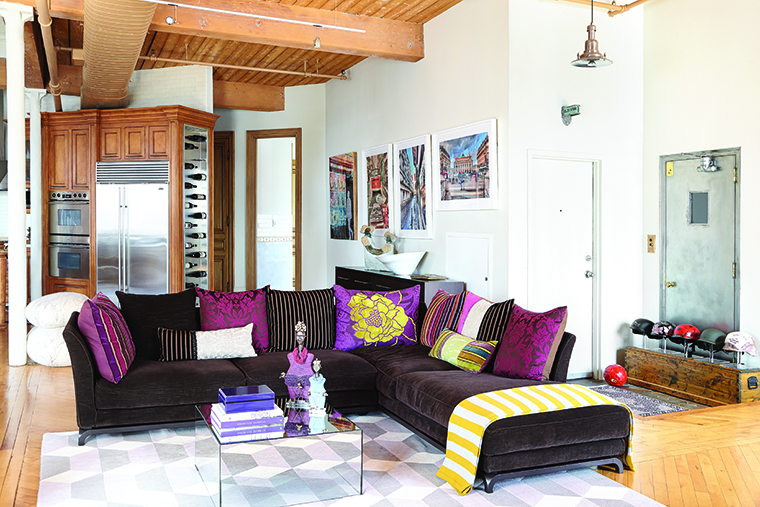 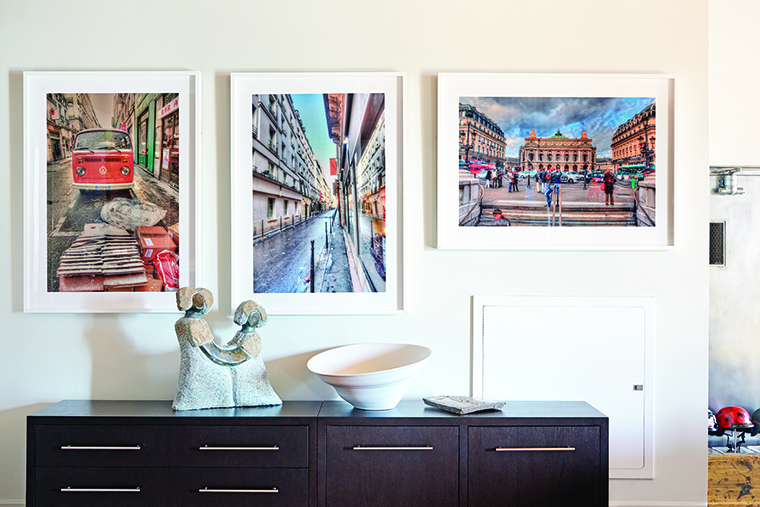 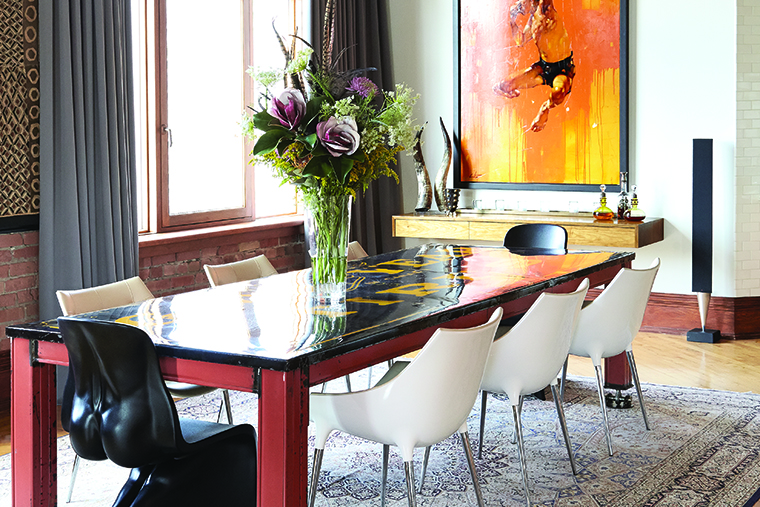 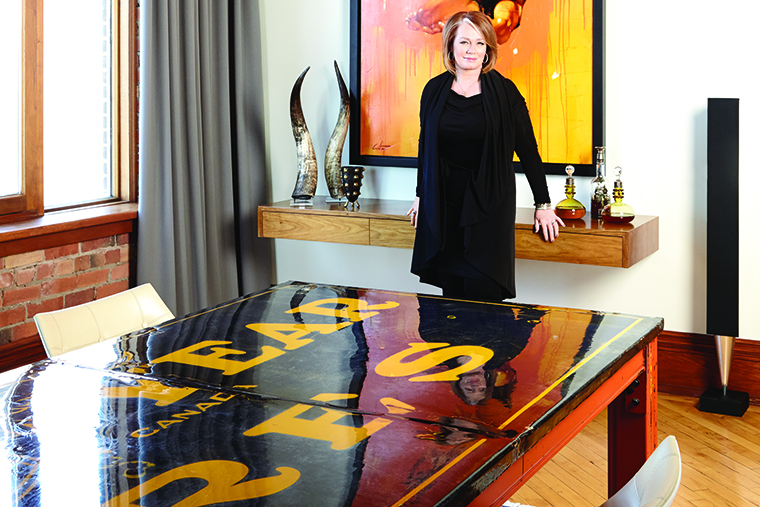 Arlene Dickinson has spent much of her career helping budding entrepreneurs achieve their lofty goals. It’s somehow fitting, then, that the sole “Dragon Lady” on CBC television’s Dragons’ Den should live in one of Toronto’s loftiest loft buildings, a six-storey refurbished warehouse in the Fashion District.
“I love this building,” says the South African-born, Alberta-raised CEO of Venture Communications. “My office is close to here, it’s close to Queen and King, it’s close to Bay St. and the financial district … you can walk to Yorkville. And it’s really close to the bridge over to Ontario Place where I like to go running.”
Arlene moved to the loft from a small, semi-detached Victorian house in the Annex. “It was lovely,” she says, “but I wanted a more open space where I could do real entertaining. It was a lifestyle choice.”
As soon as she set foot inside, she knew this was the right home for a person who thinks nothing of inviting 100 friends and family over for Christmas. “I loved the old wood, the old doors, the feeling of space,” she says.
The 1915 building, clad in red brick and trimmed with stone, is the former home of the Butterick Publishing Company. In 2001, it was converted into 10 lofts with enormous windows, exposed brick walls, 14-foot-high wood-beamed ceilings, expansive hardwood floors, tin ceilings in the bathrooms, and, perhaps most important to the residents, private elevators running up the middle of the building.
Arlene’s 5,000-square-foot, 10-room loft has a distinctly Manhattan-SoHo vibe, with its warm, whimsical, eclectic mix of art and furniture, all laden with personal meaning. It feels large, spacious, and totally open.
Despite the open concept, there is a particular room in which the executive, who joined the cast of Dragons’ Den in its second season in 2007, likes to enjoy private time. The living room, with its working fireplace and floor-to-ceiling glass doors, is her favourite place.
Her love of the offbeat is matched only by her love of objects with personal meaning. The Den mother has surrounded herself with reminders of family and her early childhood in South Africa.
The side table has special meaning for Arlene: in the shape of Africa, it’s a wedding present given to her parents, who brought her and her two sisters to Canada in search of a better life. The vibrant photography lining one of the walls reflects time that she spent travelling in Paris with her daughter Marayna, a photographer.
Near the elevator door sits a 25-year-old army trunk with an assortment of helmets on it. Decorated by professional artists to honour Canada’s troops, they’re part of the Helmets for Heroes program
In February, she announced she will leave Dragons’ Den for a new lair. She has also decided to give up her personal den
No doubt Arlene will find a new home to nourish her own lofty ambitions.