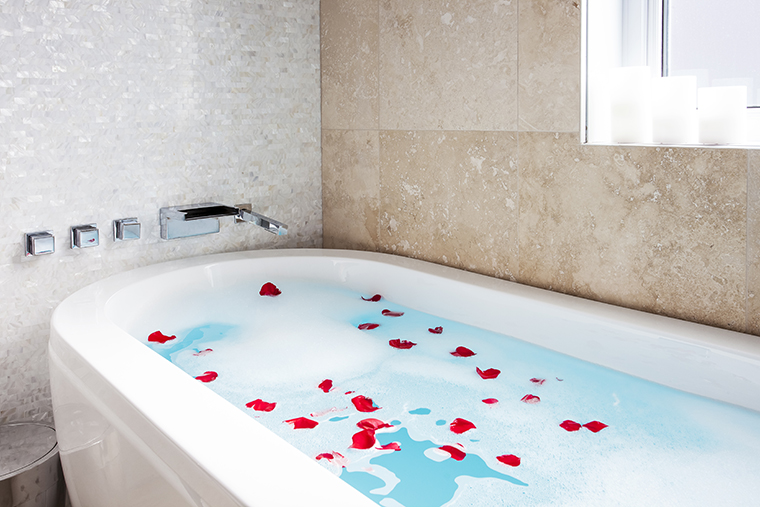 A Silk Purse from a Sow’s Ear

A run-down quadruplex is transformed into chic condos

It was tired, run-down, and in need of a new life. It was a former retirement home, a quadruplex on a block of similar buildings in NDG, most of which were in better repair. But Endrée Villeneuve of Vision enVert knew it could be turned into something special, four smart-home condos with flair.

Villeneuve is an architectural designer and principal – along with her husband Gilbert Rashi – of Vision enVert. They work on both new homes and existing buildings that have seen better days and could, with a little TLC, see better days again.

“Building is my passion,” says Villeneuve. “I love to take old run-down buildings with good foundations and give them the life that they should have had. I work on a run-down house and have the feeling at the end of the day of saving something.”

Villeneuve is quick to point out that Vision enVert does not do merely cosmetic fixes. The company repairs infrastructure – plumbing, electricity, roof – and then gives the dwelling superior finishes “according to the bones of the house.”

The layout of the two sides of the quadruplex is symmetric: each side has a second-floor unit and a ground-floor unit with a finished basement. Because it had been a retirement home, the building had an elevator, a feature that Villeneuve was keen to retain.

“We always choose to refinish places with parking space,” says Villeneuve. “In this case, the garage for the four units is in the basement, and an elevator would be important for people with children, or packages to bring upstairs. And as tenants grow older and stairs become a possible problem, they won’t need to move, since they’ll have an elevator.” It took Villeneuve almost one-and-a-half years to persuade the city to let her retain the elevator, but persuade them she did.

There are plenty of other features that raise these condos above the mundane. The building is situated across from a park that occupies an entire city block, offering peaceful views from the front windows. In the back, there are also trees and greenery, including a graceful willow.

Each ground-floor unit has its own generously sized back deck. The two upstairs units have front and rear balconies, and there’s the option of building a rooftop terrace.

In all units the finishes are high-end without being ostentatious. “We never use MDF,” Villeneuve emphasizes. “You can’t beat stone and natural products. We use durable and beautiful materials such as travertine marble.”

The travertine clads the walls and heated floors of the bathrooms, with extra pizazz added to each master bathroom by a mother-of-pearl mosaic-tile feature wall. Elsewhere the floors are engineered jatoba planks.

That luxe but not flashy pearly tile is also used inside the elevator. “It’s durable and washable,” says Villeneuve. “It will last, and it will always be beautiful regardless of trends in decor. For the same reasons, most of our bathroom walls are covered with stone. It’s easier to clean than drywall, and it tolerates moisture well.”

Cabinetry is equally well executed. In the kitchen area, it’s high-gloss lacquer and rosewood. “Rosewood is rich and beautiful, and it marries well with jatoba,” Villeneuve says. “It adds warmth to the high-gloss lacquer.” Fifteen feet of black granite atop each unit’s island adds stylish practicality.

The rest of each unit shows the same attention to detail and high-quality, sober but never boring finishes that make these condos timeless. “We don’t go crazy on the finishes,” Villeneuve says. “That leaves room for homeowners to go crazy on the accents. They can inject personal style with accessories. Later, if they want, they can replace the accents and the place will look totally different.”

However the owners choose to decorate their condos, the building itself now looks right at home in its pleasant residential neighbourhood.
“Small condo buildings give quality of life to an area,” Villeneuve says. “They fit in with their surroundings.

“I like seeing this particular building improve the quality of the neighbourhood. You have to give back to the neighbourhood, and it increases the value of the surrounding properties, too.”