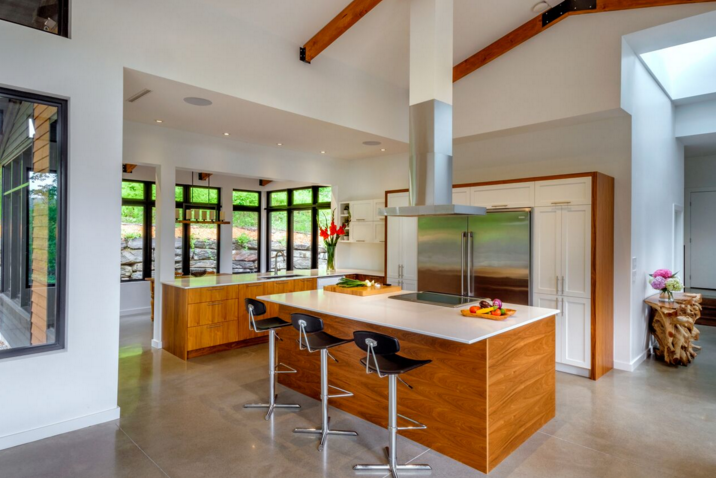 It was the river that first captured their imagination. A clear, cool river whose rocky bottom glistened through rushing water.

The Jackson River runs through the 17-acre Eastern Townships property that a Montreal couple bought as a weekend escape. The homeowners, Christian and Chantal, are avid outdoorspeople, as are their three children, aged 17, 19 and 21. They cross-country ski in winter and kayak in summer. Sometimes, Christian grabs his fishing pole and ambles down a path to the river and, if he’s lucky, pulls out a perch or two. 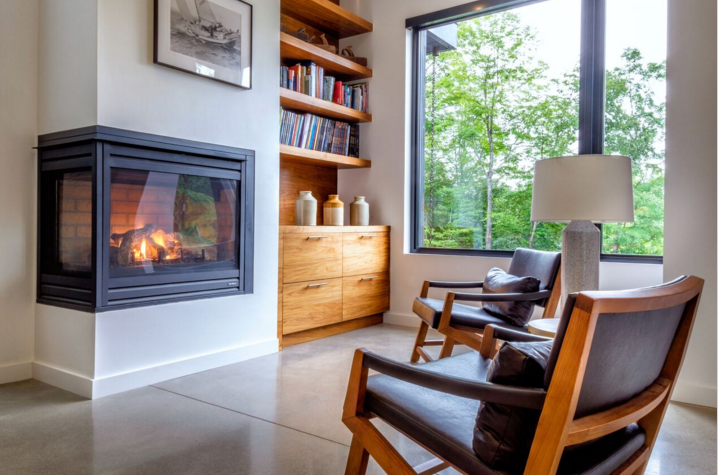 This is exactly what the family had been yearning for – a place to get away from the busyness of weekday life, to find solace in the rustle of leaves, the splash of water, the calming presence of distant mountains. In awe of the unspoiled beauty of their new place, the homeowners agreed to place 12 acres of the Sutton property into a land trust, guaranteeing that it will never be developed. “We wanted an opening onto the forest. We wanted the feeling of being outside even when inside,” says Chantal. “And in this house on this spot, surrounded by trees, every season has its own special charm.”

The homeowners, working with architect Rob Miners, a partner at the Montreal firm Studio MMA Architecture + Design, and with Frelighsburg-based Constructions Boivin Inc., set about designing a one-and-a-half-storey contemporary house that felt open and expansive, but still intimate.

Her number one request, Chantal says, was for ample and unadorned windows with large expanses of glass without divisions. “Too many country houses have these small windows. What we wanted was large and unfettered views, from every possible angle,” she says. 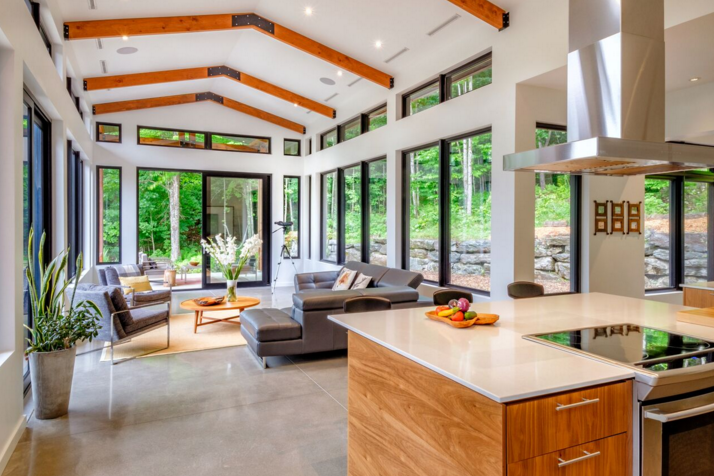 The couple looked to the architecture styles of West Coast houses, such as those in British Columbia and Oregon, whose style is clean, but natural. They asked Miners to incorporate BC fir in the interior beams and also as majestic columns outside. They clad the bottom portion of the house’s exterior in slate-grey stone and the rest in wood siding.

Wherever possible, they blurred the boundaries between indoors and out. The floors, for example, are polished concrete throughout the house. The same material is used on the floors of the patios, but left unpolished.

Sometimes, the homeowners reached right into the landscape. They saved rock from the excavation and incorporated it into a large rock garden. One impressive feature is a pair of moss-covered boulders that were a consideration in the siting of the house. “The house was sited, in part, to allow the homeowners to appreciate these large, moss-covered boulders from their living spaces. They’re beautiful, natural elements,” says Miners. 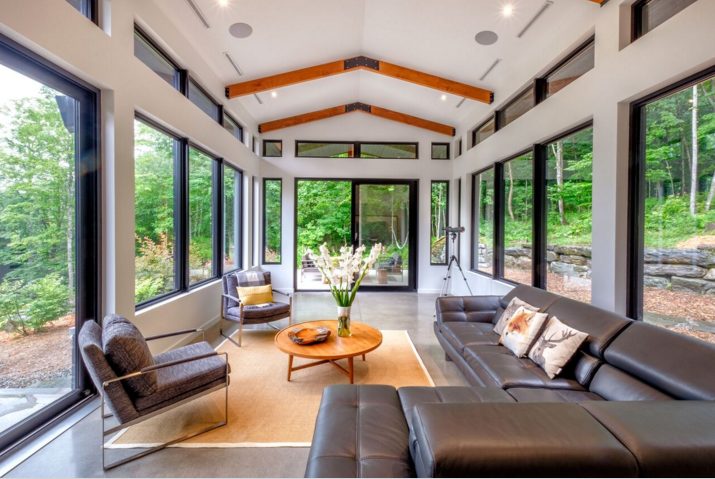 “You come up a long, winding road, along the driveway and as you turn a corner, the house is revealed, perched above the rock garden that climbs from the driveway,” he says.

The front entrance opens to the east ­– or sunrise – terrace. Grand and impressive as it is, the entrance features a few of the friendly details for which Studio MMA Architecture + Design is known. For instance, the architects did away with the need for a downspout by incorporating a rain chain, which diverts water from the roof to the ground in a graceful swirl.

Once inside the front door, guests are welcomed in a large entry lit from a skylight. There’s a bench for removing shoes, and ample storage for coats and boots. At the other entrance, dubbed the “ski door,” the architects incorporated an outdoor shower for washing off after summer sports and a ski-waxing zone for winter – plus ample storage for all the paraphernalia. 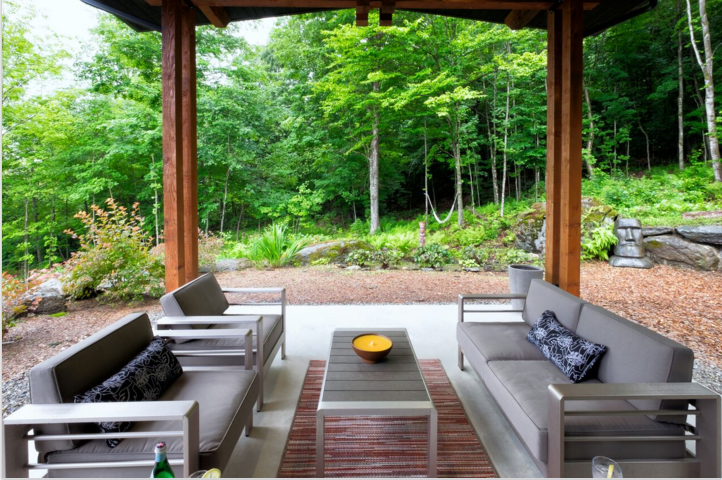 The house stretches north-south to make the most of eastward mountain views. Its living spaces were positioned so that the large, open kitchen and living room with their 12-foot-high ceilings captured natural light from sunrise to sunset. At the north end, the bedrooms are tucked inside a cozy space up a few stairs.

“We wanted the house to be clean and modern, but comfy, too,” says Miners. “And everywhere we could, we brought nature into the equation.” •

THE POWER PUNCH IN POWDER ROOMS