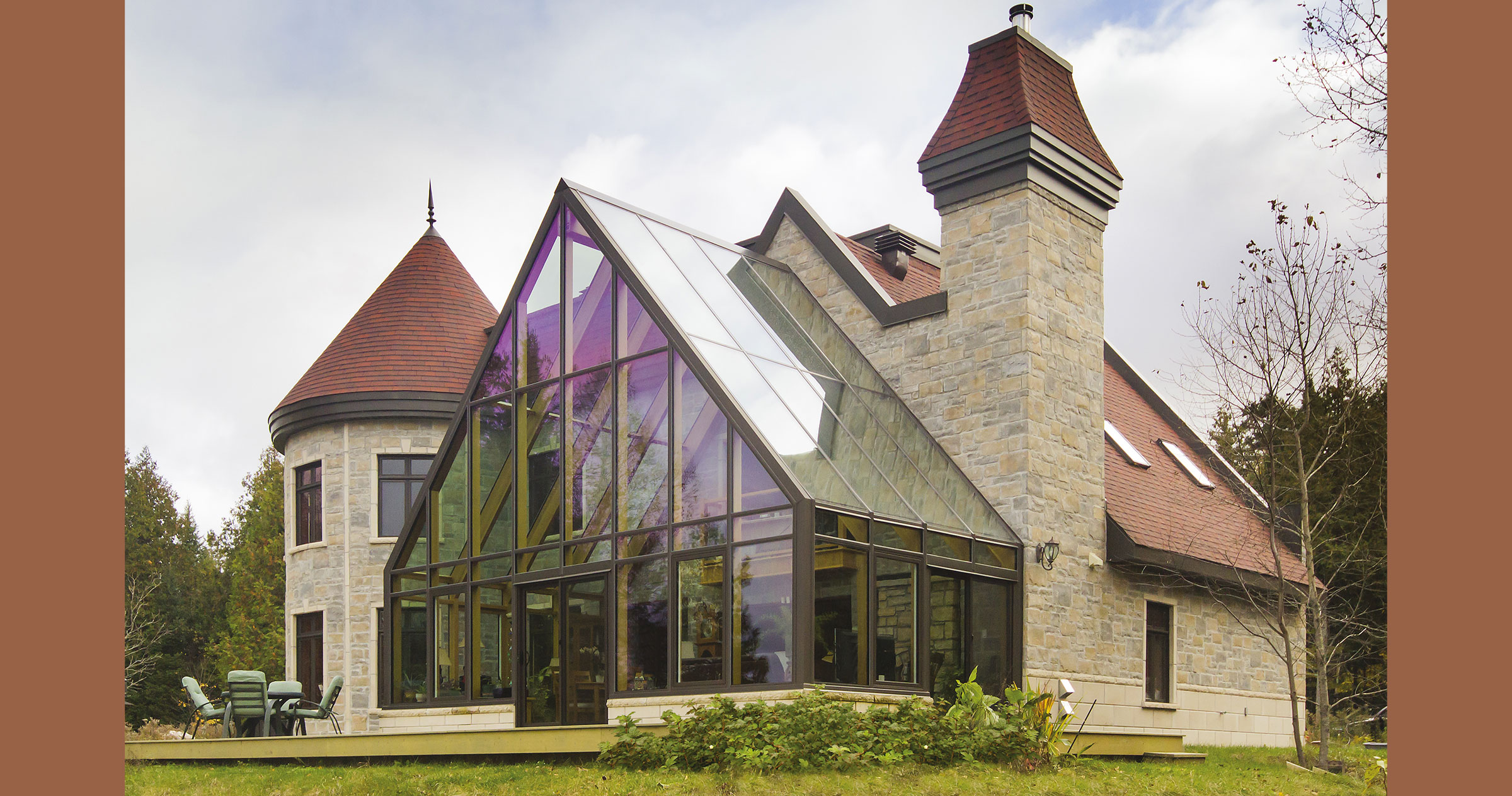 This Montreal company creates spectacular solariums, allowing homeowners to enjoy the outdoors year-round from inside their homes

The kitchen in his West Island home has become one of Roger Lavoie’s favorite rooms. He comes downstairs every morning, pulls up the blinds, then sits down for breakfast and soaks up the backyard scenery.

Lavoie, co-founder and president of Ville St. Laurent-based Zytco Solariums, situated his kitchen and breakfast nook within the solarium in his home. “Even though we have a dining room, we seem to be drawn towards the kitchen solarium,” says Lavoie. “It’s so charming to be open to the outdoors, to look up and see the sky.”

He says that as the real estate market has boomed, homeowners are willing to spend more and more on their homes. And one of the things they want to do is to extend their living spaces and blur the boundaries between indoors and outdoors – by installing a solarium.

When Lavoie co-founded Zytco in 1981 with partner Laurent Moquin, the solarium was still a novelty in Quebec. A few prefabricated solariums were being imported from the United States. Others were adaptations of commercial versions, but they were often designs borrowed from storefronts that were clunky and not aesthetically pleasing.

So Lavoie set about creating more beautiful designs that would be better suited for residential use. He became a pioneer of the custom solarium concept by manufacturing his own structures, dealing directly with extruders. He studied glass to find the right kinds of glazing for various environments.

Within two years, the company’s sales had reached $800,000, and by 1985 they had jumped to $4.5 million. Business evolved rapidly as Zytco developed new products to reach a wider market: awnings, verandas, free-standing pavilions, architectural windows and doors, in addition to Sunblok shades to offer insulation and solar protection.

Over the years, the company has installed more than 10,000 custom and standard solariums in existing houses in and around Montreal, from the West Island and beyond to Laval and the South Shore. (Zytco does installations within a 200-kilometre radius of Montreal.)

There is also an ever-growing demand for more and more glazing in new builds and for what are known as “curtain walls” with high-performance solar-control glazing.

Lavoie says there are now cheaper, install-your-own solariums available on the market. But his clients are looking for solid construction and reliability. “They want something solid and permanent. They want to have 100 per cent confidence in the installation,” he says. “It’s like the difference between a tent and a house.” •

Poet/essayist Ralph Waldo Emerson once said that “Flowers … are a proud assertion that a ray of beauty outvalues all...

The famous psychoanalyst Carl Jung once claimed, “Nothing can discourage the creative spirit.” And pandemic or not, the creative fires...