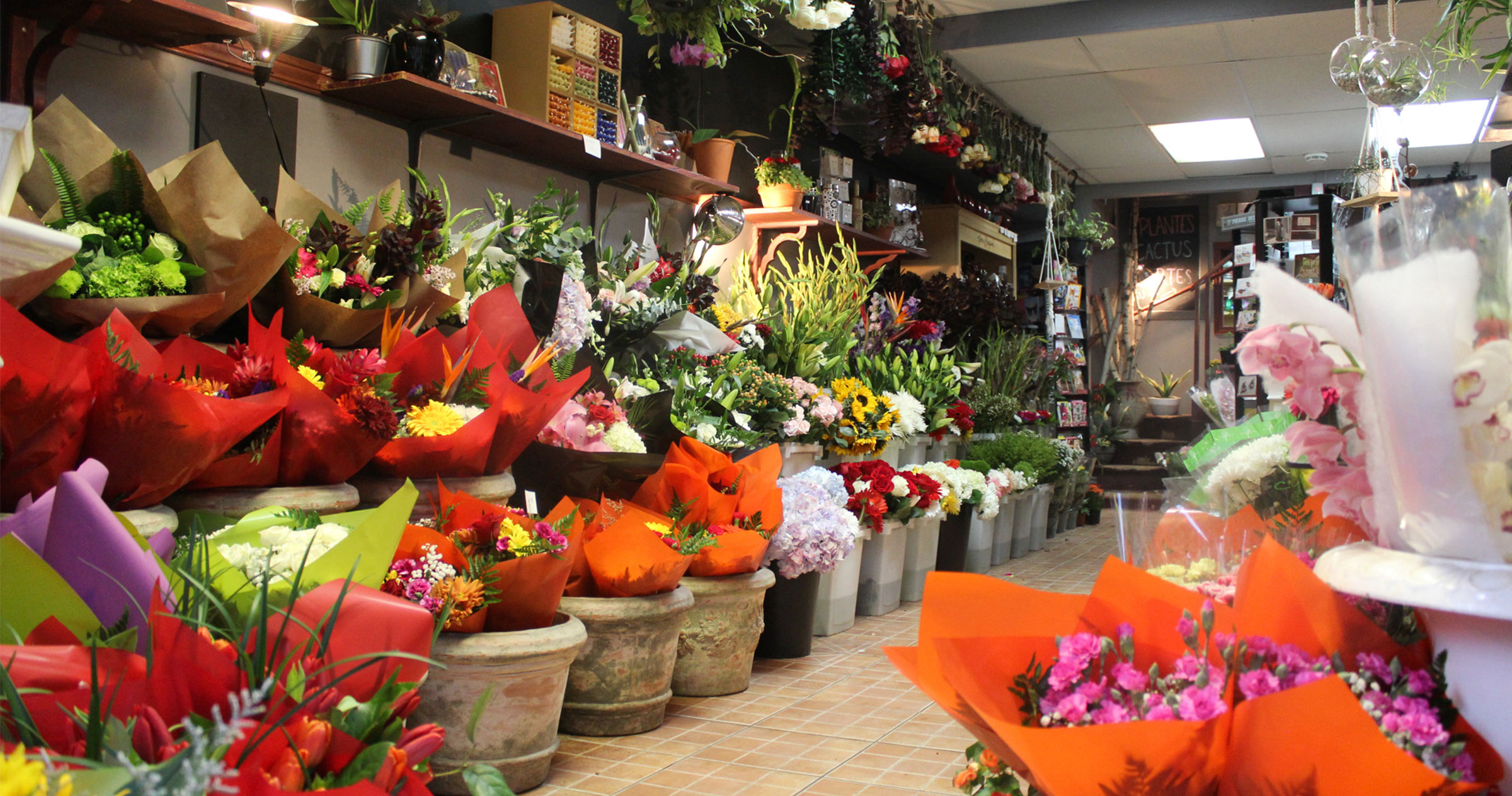 Growing up in a family that ran a floral market, florist Dominique Desjardins has always been surrounded by beautiful plants

Poet/essayist Ralph Waldo Emerson once said that “Flowers … are a proud assertion that a ray of beauty outvalues all the utilities in the world.”

Florist Dominique Desjardins may well agree. She spends her days surrounded by such beauty. In fact, flowers have been her life since she opened Le Marché aux fleurs du village in Saint-Lambert in 1991.

“My parents were in the flower business,” she says. “They had a flower store in Old Montreal for 40 years. So, it’s not surprising that I went into the business.” The métier is so embedded in the family DNA that her brother, Jacques Desjardins, is a flower wholesaler who owns Fleurs Desjardins Inc. “I buy most of my flowers from him,” says Dominique. “And my niece, Katerine Baulne, also works with me. She is the store’s manager.”

Le Marché aux fleurs du village—right in the commercial heart of Saint-Lambert—resembles a European flower shop. And despite the fact that Dominique sells plants—both potted ones and cut flowers—she does not use a classic florists’ fridge. “We keep the store cool, so we don’t need refrigeration,” she says.

There are floral bouquets for all occasions, including weddings, funerals and any other event enhanced by the presence of plants. “And we mainly do bouquets that are seasonal,” she says. “For instance, we sell tulips and peonies in the spring, gaillardias in the autumn.”

There is also an assortment of greeting cards to accompany gift bouquets.

The store was closed for the first month of the COVID-19 lockdown. “After that, we did deliveries,” Dominique says. “We reopened the store on May 25 and have adjusted to the new reality. We wear masks in the store.”

Her favourite plant is one that is not easy for everyone to cultivate: orchids. “I like them and don’t have any difficulty growing them,” she says. “I particularly like Cymbidium “chocolate.”

The store is open seven days a week and Dominique is there most of the time. “When I’m not there, my manager, Katerine, is there. She and I do all of the flower arranging.”

Dominique says bi-coloured bouquets continue to be a favourite with customers, along with hydrangeas. “People are asking for green and white bouquets, and cut flowers are our biggest sellers,” she says. “I think flowers make people happy.” Ralph Waldo Emerson would surely agree. •

The famous psychoanalyst Carl Jung once claimed, “Nothing can discourage the creative spirit.” And pandemic or not, the creative fires...

Our large coffeemaker seemed a good idea at half price a few years ago, but it collects more dust than...