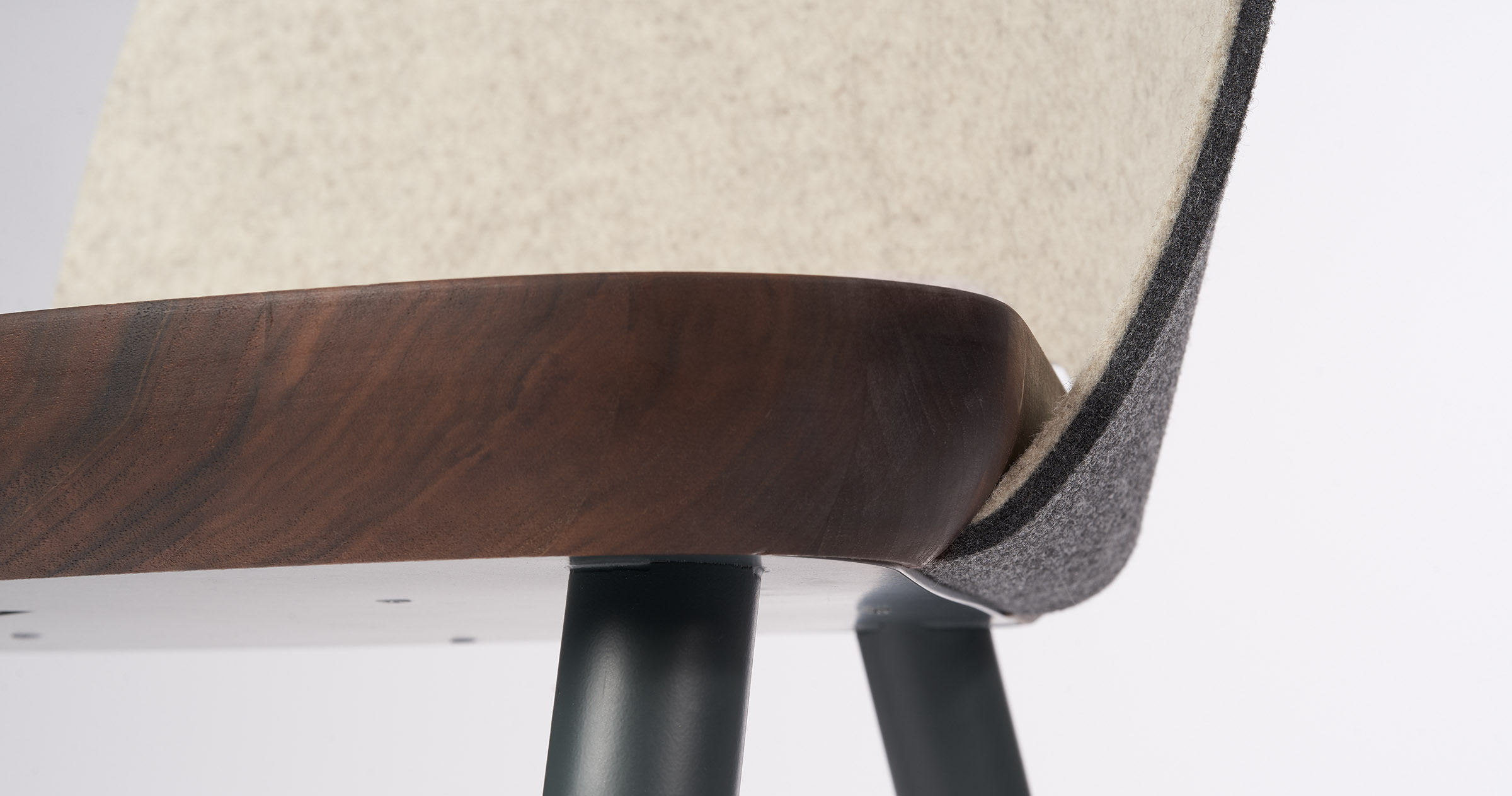 Trish Roque loves the simplicity of Japanese and Scandinavian furniture.  So when she entered a competition for interior design students, she created a sleek lounge chair that takes its aesthetic inspiration from Japan and Sweden.

The Roque Chair was one of the winners of COFO Design’s 2018 Design Challenge, a competition that allows students in their graduating year or those who were recently graduated to submit designs for consideration. The winning entries are manufactured and marketed by COFO Design.

Roque’s design is being sold online by COFO, and it has drawn attention to the 25-year-old graduate of Humber College’s interior design program. “This experience has enabled me to showcase my design sensibilities and has helped put my work out there, to be acknowledged by people in the industry,” Roque says.

“It’s difficult for design students fresh out of school to start their careers,” says Randy Simmen of COFO Design. “We created the challenge for every school in Ontario that has a design program.”

Simmen is a partner in COFO Design with his friend Desmond Chan; they cofounded the company in 2017. COFO is short for “co-founders.”

A multi-disciplinary design studio, COFO is associated with Visual Elements, a company that designs and builds high-end retail spaces. Simmen worked with his father in Visual Elements.

“We wanted to start a furniture line,” says Chan, who came to COFO from the fashion apparel industry.

“Desmond and I wanted to give emerging designers an opportunity to get their designs out into the world,” adds Simmen.

The 2018 competition received 100 entries that were judged by industry professionals. “The design criteria included sustainability, innovation, style and aesthetic quality, and functional usefulness,” Simmen says, adding that seven works from six students and recent grads were chosen. “We figured out how to make the pieces manufacturable and launched a collection six months later, in October, 2018.

Because the pieces are sold exclusively online and not in a retail setting, the COFO partners showcase them in public places, such as pop-up shops and specialty retailers.

“The exposure students get through this competition is unmatched,” says Ian Buckley, who submitted five designs with fellow student Kenny Nguyen. Both were studying industrial design at Humber College. Three of the five works they submitted were selected. “Thanks to the promotion we received from COFO before and during Toronto’s Design Week, our work has received a lot of attention and we’ve had tremendous feedback from the design community,” he says. “I’ve been telling every young designer I know to invest in the 2019 competition and submit work.”

The winning entries by Buckley and Nguyen include the 49 North lounge chair, table and ottoman.

As for Roque, her chair was launched at Toronto’s 2018 Interior Design Show. “The German Design Council saw the chair and much to my surprise, recognized it in 2019 with an award,” she says.

Another winning entry was the Cinch stool, designed by Lucas Stanois, a 2017 graduate of OCAD University. The three-legged seat stands just 16 inches tall but packs a strong design punch. “The concept for the original piece was inspired by the idea of what furniture could have been for the nomadic beings of the paleolithic period, an era from which there are no discoveries of surviving furniture,” says Stanois. “The people would have had to transport their belongings from place to place. This stool is a contemporized reference in material and form.”

The stool boasts a supportive felt back on a base that is available in several woods: birch, walnut and ash.

Chan and Simmen collaborated with all of the winners to create a unified collection. “The pieces fit together as a collection because of the finishes and colourways,” Chan says. “In six months, we took the conceptual drawings to the finished products. Everything is available online.”

Adds Simmen: “We want to go direct to consumers. If we had to go wholesale, our price point would go through the roof. It’s a neat eco-system we’ve created.”

The winners were paid for their designs and receive a three per cent royalty on each piece sold.

“The process has been amazing but we’re learning as we go,” says Chan. “When people ask us what Canadian design is, we say it’s working with Canadian designers, engineers, craft-makers, and having it all made right here in Canada. This is Canadian design.” •

Children’s rooms used to be oh-so-sweet and cute, girlish or boyish, a circus of colour. But contemporary designs for infants...

Plenty Of Space Indoors And Out