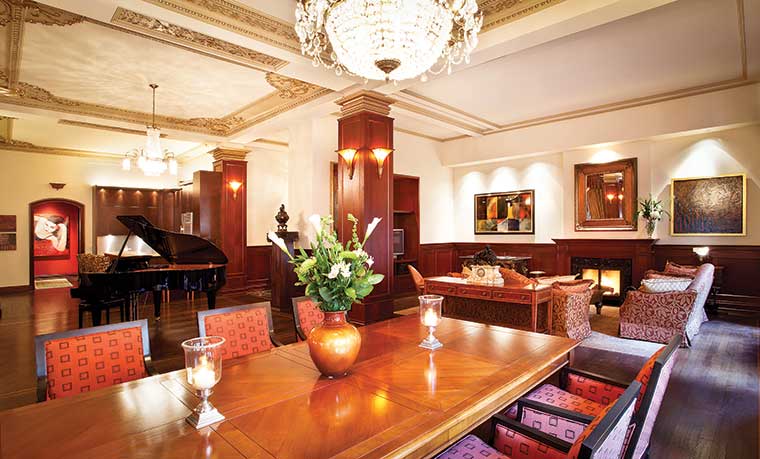 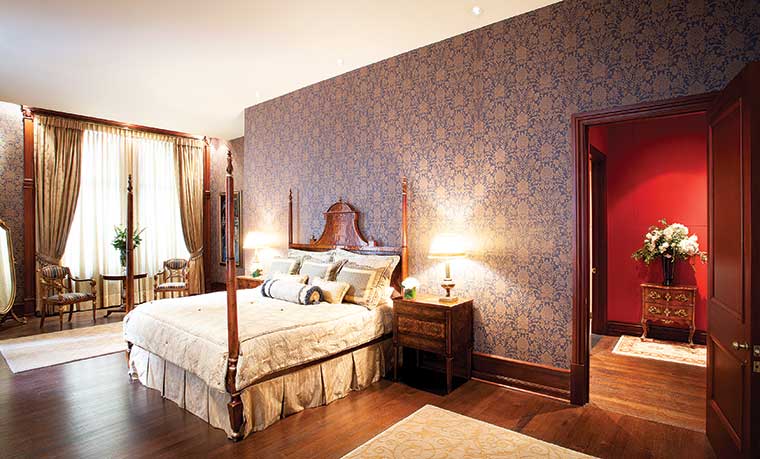 Every Monday, Jeremy Roncoroni spends two hours handwriting personal notes with a fountain pen. “They’re on a beautiful card with a picture of the hotel,” he says. “When you walk into a room, you can see right away that someone cares.”

A personally addressed note from the general manager is just one of the many special touches the guests of Vancouver’s St. Regis Hotel can expect. Breakfast, free phone calls to anywhere in the world, and luxury accommodations in a well-maintained heritage building are also on offer.

The premium service and multiple inclusions for a pre-established price match the vision originally set out by hotel owner and real estate mogul Rob Macdonald who bought the hotel in 1996. He hired Roncoroni in 2008, just as he was finishing a $12 million renovation to the property. Roncoroni was impressed with the upgrades to the six-storey 100-year-old building. He noted the juxtaposition of walnut and marble in the lobby and bathrooms, the carefully selected artwork by David Cook from DCD Art Consultants, the steel-grey decor in rooms designed by Elaine Thorsell and the lovingly restored black granite window sills.

He had only one criticism. “I can’t believe that you got rid of the windows that open,” he told Macdonald, who responded by telling him to replace the windows with some that open. “That’s a $70,000 expense,” says Roncoroni. “Who does that? I’ve never experienced anything like it. I’m allowed to run the hotel as if I own it.”

The gesture cemented a trusting partnership that enables Roncoroni and 26 equally dedicated employees to offer the premium service they agree the 65-room boutique hotel requires.

The St. Regis has been a hotel since it opened in 1913. Business waned during the Great Depression, but resurged during the 1940s when it became a favourite destination for professional athletes visiting the city. In it’s current incarnation, the St. Regis is a welcoming place for travellers who crave personalized service.

Repeat guests are often greeted by name and can demand quick, courteous service for just about anything. “We have one employee who has been nominated at least a dozen times for the Vancouver Tourism Awards. He’s established relationships with guests and he’s trying to become a Clefs d’Or concierge,” Roncoroni says.

The manager says he realized that their efforts were paying off when the front desk called his office saying someone urgently wanted to speak with him. “This woman went out of her way to tell me that she stays in downtown hotels for half the year and she’s never stayed in a cleaner place. That made my year,” he says. “That made all our efforts worthwhile.”

He’s been telling that story to motivate everyone since then.

Get hooked on crocheting

There is nothing like a chill in the air to make me go running for my needles. I love to...

There’s a sunny spot on the back balcony where two of my favourite words spend the summer in a tangle...