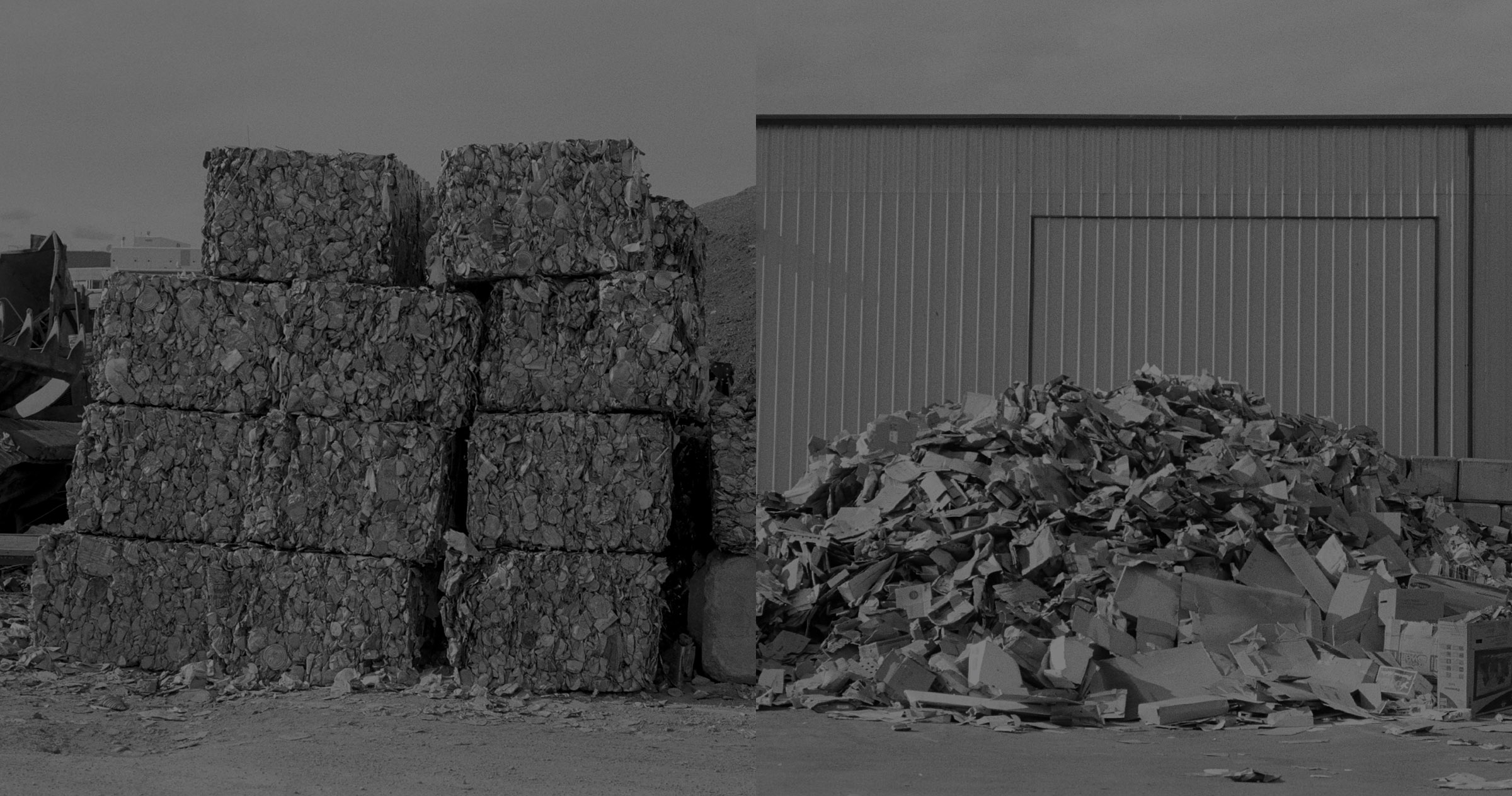 Waste doesn’t exist in nature. Ecological systems recycle natural elements over time to replenish Earth’s resources. By contrast, people create inordinate amounts of garbage that won’t easily – if ever – disappear, and we Canadians are the worst offenders.

Canadians produce more garbage per capita than any other nation, according to the Conference Board of Canada. We generate 31 million tonnes annually, which is the equivalent of 2.7 kilograms (almost six pounds) by each of us daily! Less than a third is recycled.

Some folks are showing us a cleaner lifestyle. These waste warriors, as I call them, insist that we can make a huge difference through small but important changes in our daily thinking and habits.

Tara McKenna started The Zero Waste Collective after family and friends responded to her personal waste-reduction efforts. “I created a platform (online) to share what I’ve discovered, and provide a voice for other people’s experiences,” says McKenna, a presenter this August at the first Zero Waste Festival, which will be held in Guelph, Ontario.

Her 101 approach has attracted international followers. “It’s taking stock of your lifestyle,” McKenna says. She inventoried every kitchen and bathroom product in her house in a search for environmentally friendlier replacements.

“I buy granola from a bulk store instead of boxed cereals,” McKenna says. “I found a grocer with a glass bottle program for milk and organic yoghurt.”

While the cost runs slightly higher, the food tends to be more healthful. “Our budget remains the same because my husband and I now buy only what we really need … there’s no waste,” McKenna adds.

She notes that health-oriented stores offer the most refill options, but others are following suit. “It’s good that the Métro (supermarket) chain in Quebec is encouraging people to have containers refilled at its deli counters,” she says.

The Zero Waste Collective offers a free pantry inventory and other resources, as well as a how-to guide and journal for purchase. McKenna will soon post how-to videos. “It’s not about being perfect,” she says. “Just more aware of what we buy in the first place.”

Tippi Thole launched the website Tiny Trash Can to document her waste-reduction efforts so others could learn easy ways to reduce their own household trash.

“I started by replacing the kitchen trash can with a bathroom wastebasket so I could see what I was throwing away,” she says. “Having a smaller trash can makes us more conscious of what we’re throwing away. I was able to significantly reduce waste the first week just by changing how I shopped for groceries.”

The Montreal family (Thole, her son, and their cat) now fits its weekly trash into a small Mason jar.

At the start of her zero-waste journey, Thole analyzed every bit of trash, then eliminated it or replaced it with a more sustainable option.

For instance, she foregoes store receipts or asks to have them emailed rather than accept unrecyclable and BPA-laced thermal paper. She buys cat litter made of recycled newspaper rather than clay-based products. She put a sticker on her mailbox to refuse junk mail, and has opted out of all mailings, choosing instead to receive everything by email. She also replaced all disposables with reusable alternatives, buys second-hand where possible, and shops at bulk stores “because the vast majority of my waste was plastic food packaging.”

In addition to reducing her garbage, Thole has reduced her output of recyclables. “I’ve taken out my recycling only once this year,” she says. “Living with a tiny trash can isn’t about recycling more — it’s about recycling less. Our recycling system is flawed, and so much material (especially plastic) never gets recycled.”

Moreover, she adds, “Living a minimal-waste lifestyle doesn’t take more time than a wasteful one. But it does require time-consuming research at the beginning, which is why I share everything I learn.”

Her research has uncovered some ugly truths. “I was so upset to learn that biodegradable bags aren’t compostable or recyclable.”

A new study by the University of Plymouth’s International Marine Litter Research Unit notes that biodegradable bags were sufficiently intact after three years in soil or seawater to still carry groceries.

Thole became concerned after learning about the plastics crisis. Of the 8.3 billion tonnes manufactured between 1950 and 2015, 91 per cent has become waste, according to 2017 research. Canada likewise recycles only nine per cent at best.

Chantal Plamondon and Jay Sinha became concerned about plastic’s health implications when expecting the birth of their son. “We let things slide for ourselves, but when it comes to our children …” Plamondon says.

The Wakefield, Quebec mother acknowledges that she and Sinha began their company, Life Without Plastic, in 2006 because they could not find high-quality, non-plastic alternatives for baby bottles, dishes and toys in regular retail stores. So, they had to buy them in bulk directly from manufacturers.

Life Without Plastic finds plastic-free alternatives to daily-use items. “We started out trying to be a one-stop shop, but as regular stores have adopted more items, we’ve focused on essentials we’ve developed or improved to be as convenient as possible,” Plamondon says. “And we make certain they’re not packaged in plastic.”

Best-selling items include the ‘spork’ – a spoon with tongs that folds in half and tucks into a cotton bag that can be used to dry it after washing. The stainless-steel straw also has a carrying case and cleaning brush. Flat-bottomed pouches make bulk-buying and storing easier. A bar of dish-soap eliminates bottles.

“We test products for quality and require foreign suppliers to fill in a questionnaire regarding certifications, along with manufacturing and employee conditions,” Plamondon says. “We also ensure we don’t cause further detriment to animals.”

For instance, most bamboo toothbrushes can’t be composted unless someone pulls out the nylon bristles. Plamondon found a German company that uses natural bristles from long-haired pigs raised for meat.

With a background in ecotoxicology, biochemistry, and environmental law, Sinha regularly writes about plastic. He and Plamondon co-authored the book Life Without Plastic to share their vast knowledge and experience.

Rochelle Byrne, the Oshawa-based founder of A Greener Future, does her best to live waste-free with her husband and three-and-a-half-year-old son. “We started and stuck with one challenge until it became second-nature,” she recalls.

The family’s initial challenge to eliminate plastic bottles resulted in glass-bottle substitutes or making iced tea and other beverages from scratch. “We even make almond milk,” Byrne says.

“A lot of our waste is related to food, so it helps that my husband, Mike, knows how to make bread, crackers and many other things we used to buy in packages,” she adds.

Mason jars are filled at the bulk store with only a week’s worth of pasta, rice, other grains, pancake and cake mixes. Reusable mesh bags are filled with grocery produce.

“We’re eating healthier, having eliminated overpackaged processed food,” Byrne says. “My son doesn’t even realize all the boxes at the grocery store are food and just asks for a banana or apple.”

Byrne doesn’t hesitate to ask family or friends to take along plates, mugs or cutlery for large gatherings to prevent the use of disposable options. “We even made edible soup bowls for one party.”

She founded A Greener Future in 2014 when she realized that coordinating one community shoreline cleanup wasn’t enough. She now organizes the Love Your Lake program that involves volunteer trash collections from Niagara-on-the-Lake to Kingston.

Every attempt is made to recycle everything from beverage cans to cigarette butts. Canvas bags – rather than plastic – are used to collect the litter with reusable garden gloves. Water is offered from stainless steel jugs instead of plastic bottles.

Byrne’s former town of Pickering has lauded her efforts, which include recording her one-millionth piece of litter last year. “That was my original goal,” she says. “The second million will happen faster with more volunteers.”

Of course, the ultimate goal is to eliminate trash. That’s why she dissects collections to determine and prevent waste sources. “We’re seeing a surprising amount of Styrofoam from takeout food, coffee cups, along with larger packaging materials and lifejackets blown off docks.

“The waste we collect changes, depending on location. In highly populated areas we still find a lot of food-related items. In more remote areas we find a lot of plastic that has washed up. We find Styrofoam (polystyrene) in almost every location. Food wrappers, cutlery, and straws are some of the easiest things for people to reduce. Last summer, we picked up 6,512 food wrappers, 479 utensils, and 2,766 straws. Overall the majority of what we pick up is made of plastic, whether it’s food wrappers, bags, straws, bottles, or Styrofoam and that’s a real problem because it breaks down into smaller pieces but is never absorbed back into the land like a natural material would be.

“Moreover, it can take years for plastic to surface,” she adds. “The other day I came across a tag from the Woolworth chain, which shut down in 1997.” •

Heliotrope A waft of lilac blossoms in the warm spring air. A whiff of heliotrope in a window box. The...

The flu season is showing no signs of slowing down. As of mid-January, there were close to 12,500 confirmed cases...