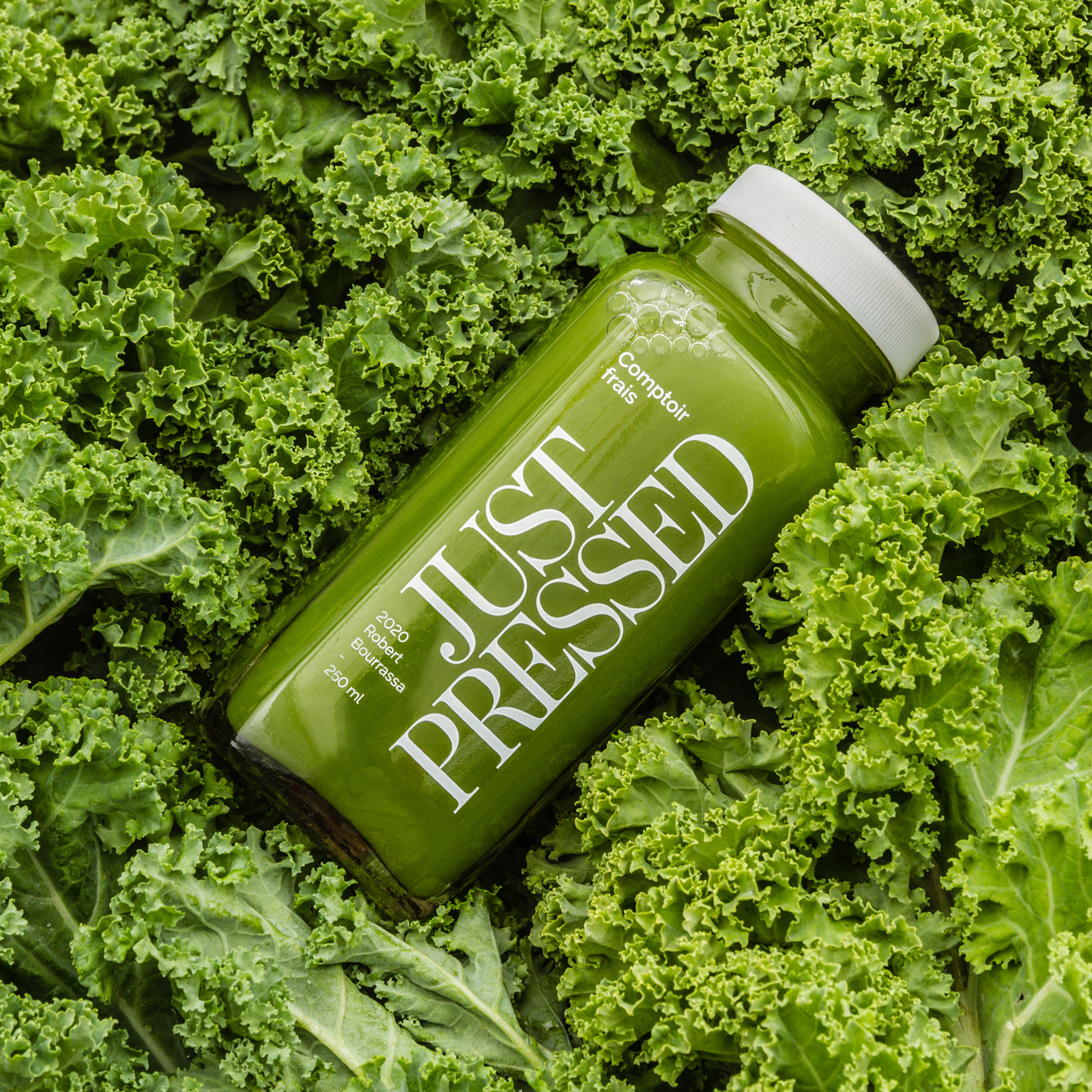 Clean up, tune up, spruce up. Spring is the season for sweeping away winter’s cobwebs and grime from the house, the yard, the garage, the car.

That big clean-up extends to our bodies, too, as we move toward the vernal equinox. For years, juices and smoothies have been the drinks of choice at this time of year for those who want to give themselves a post-winter health boost. And while it can be worth the trouble and money to invest in a juicing machine for the home, Canada seems to have almost as many juice bars these days as coffee shops, suggesting that some of us like to grab our wholesome liquids on the run.

The folks who run juice bars know a thing or two about mixing plant-based liquid foods for their salubrious qualities.

A case in point is Eddie Chan, who opened Bolt Fresh Bar on Queen Street West four years ago to give Torontonians healthful smoothies. He says, “We encourage people to begin with sweeter blends, like Blueberry Thrill with its coconut milk, blueberries, bananas, lemon, chia seeds, cinnamon, cardamom, and maple syrup, before transitioning to greener choices.

“Yet many like our greenest smoothie, The Power Plant, straight away.” The lemon, ginger, coconut water, and green apple counterbalance the drink’s kale, spinach, cucumber, spirulina, avocado, chia seeds, and hemp hearts.

“Our customers report better sleep, shinier hair, and younger-looking skin,” says Hana James. She co-founded Greenhouse Juice four years ago with childhood friends Anthony Green and Emma Knight. “We all felt there is great juicing in Los Angeles, New York, and other cities, and thought, ‘Why doesn’t Toronto have this?’ ”

The company now has 16 locations and has a subscription delivery service. The juices are made using hydraulic pressure to minimize heat and oxidation that can degrade nutrients and enzymes. “You’re left with a more vibrant, nutrient juice than you would have by using a home blender or juicer,” James says.

Greenhouse recently introduced a range of juices with extended shelf life. Using light filtration technology, the company has been able to improve the products’ accessibility while allowing for glass bottling and without diminishing flavour, nutrients, or enzyme activity.

Why not just eat vegetables? We’d have to chew for days to obtain this level of nutrients, explains Zack Berman, co-founder with Ryan Slater of The Juice Truck in Vancouver. “The lack of fibre additionally permits our bodies to assimilate the vitamins and nutrients quickly, providing an energy boost without the later crash that comes from regular digestion,” he says.

Friends since age 12, Berman and Slater backpacked for a year after university and noticed that people in the Himalayas consumed a vibrant-orange drink containing sea buckthorn. “The super-berry is high in iron, omegas, calcium, and vitamin C and, once we tried it, we sought out how other people obtained nutrients,” Berman says.

He and Slater launched Vancouver’s first cold-pressed juice company seven years ago, initially operating from their now-famous Gastown food truck. They’ve since added a truck and three brick-and-mortar locations. They also sell their juices through more than 30 retailers, as well as offering online ordering and delivery.

Berman and Slater consulted with nutritionists and herbalists to develop blends. The Base is a popular start with cucumber, celery, pear, kale, lemon, and ginger, while The Kickstarter is anti-inflammatory and digestively helpful; it contains apple, cucumber, lemon, ginger, and cayenne.

Smoothies are more filling with their retained fibre. “We start with familiar ingredients such as bananas, strawberries, spinach, kale, and avocados, and offer supplements that are leading the food movement,” Berman says.

Ashwagandha, a.k.a. India’s ginseng, is masked within a smoothie. “The word means ‘smell of a horse,’ ” Berman says, “but it helps to fill immunity gaps, counteract stress, regulate hormones and sleep, and provide energy.”

Other boosters include maca (a root vegetable high in antioxidants that also includes vitamin C and iron), moringa (a leaf that’s like a multivitamin), and pine pollen that’s a natural testosterone supplement, which is ideal before workouts.

Patrick Andraous, who opened Juice Pressed in downtown Montreal less than a year ago, also learned about cold-pressed juices during his travels. “And I thought, ‘Why don’t we have this in Montreal?’ ” he says. Juice companies abounded, but most use high-pressure processing (HPP) or pasteurization for longer shelf life, which isn’t the same as fresh juice bottled in glass for consumption within days. Montrealers can order online to have juice  delivered twice weekly.

Andraous champions the benefits. “I had such bad acne that I couldn’t sit back on a chair without pain,” he says. “Dermatologists tried everything, but it was only after drinking these juices along with eating regular meals for eight months that the acne disappeared.”

Consumers appreciate the price when they learn that nearly two kilograms of produce go into every 500-millilitre bottle. “We’re certified by Ecocert Canada,” Andraous adds. “Every drop is 100 per cent organic.”

The Liquid Gold with apple, ginger, and lemon is recommended for new juicers, but many immediately like The Mean Greens with its kale, spinach, cucumber, celery, parsley, apple, lemon, and lime.

“Our green juices are 80 per cent greens, so it’s like drinking a salad, but our flavours are so well balanced that even my five-year-old nephew, the world’s pickiest eater, loves them,” says Andraous.

Getting children to enjoy vegetables was among the reasons George Kyres started InBalance in Montreal last summer. His company offers Smoothie Cubes, produce that has been imported flash-frozen to retain nutrients and is packaged conveniently in small cubes. Add 10 cubes to a favourite liquid and voilà: a nutritious juice or smoothie.

“It tastes amazing and is really healthy with the sugar and calories slashed in half by using fruit as natural sweeteners, and by adding superfoods like rosehip,” Kyres says.

The combinations are delicious, with the orange base, for example, including carrot, apple, peach, pineapple, butternut squash, and rosehip. The cubes are available at stores in Ontario and Quebec and allow for less nagging by parents, which prompts the question: Will “eat your vegetables” eventually be replaced by “drink your veggies”?