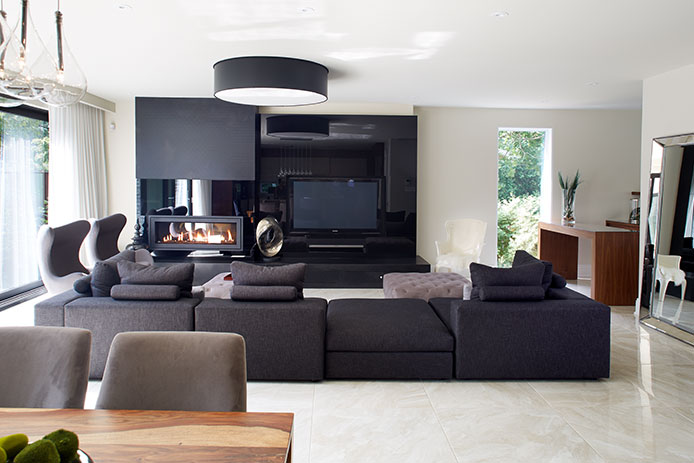 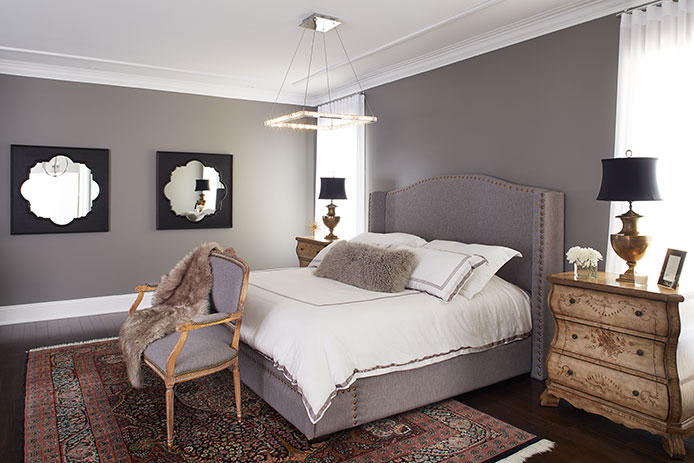 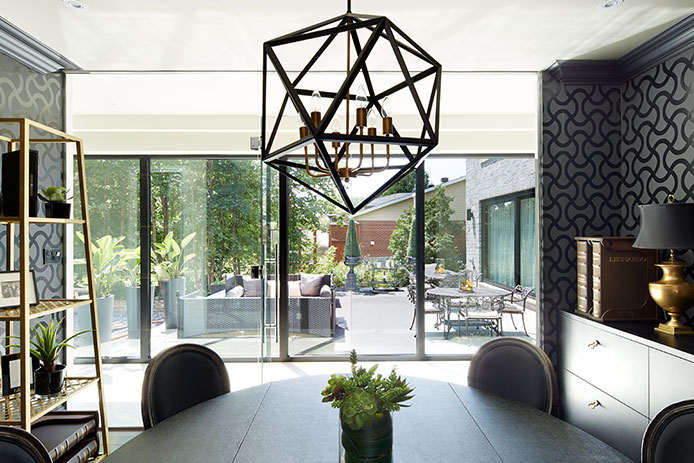 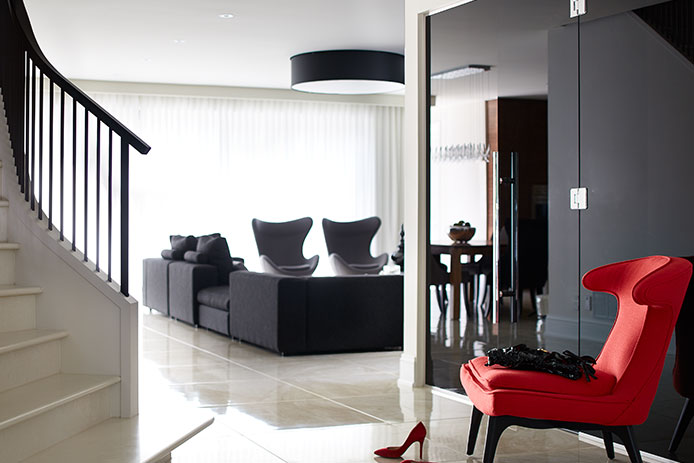 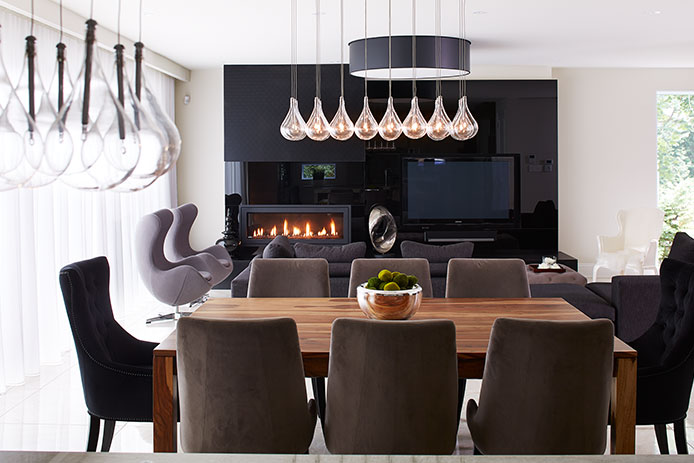 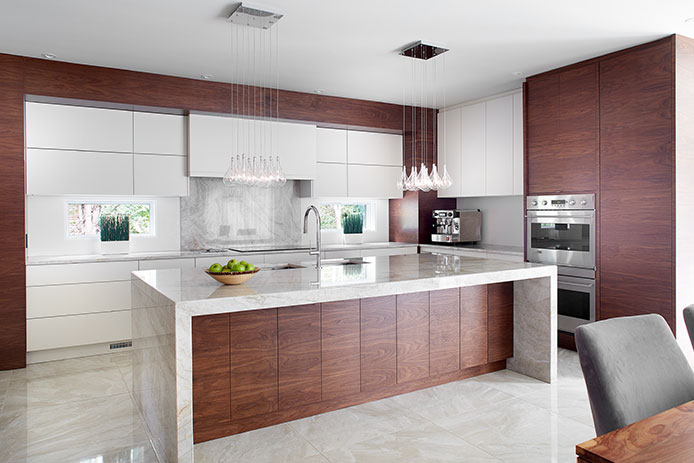 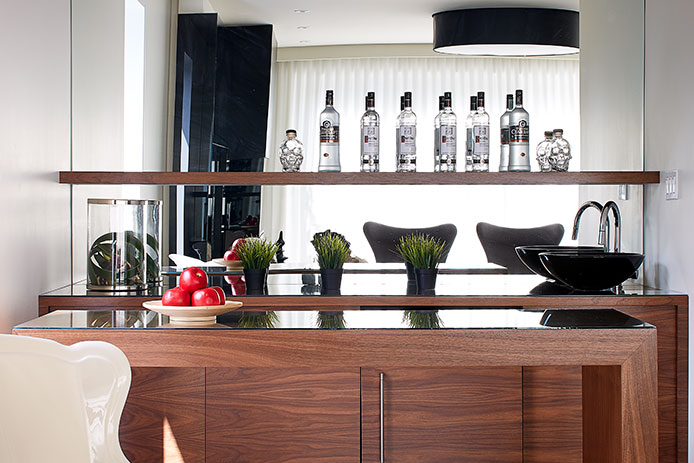 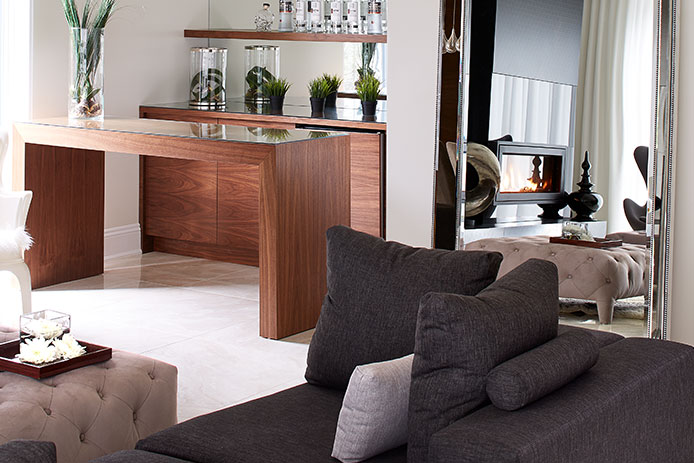 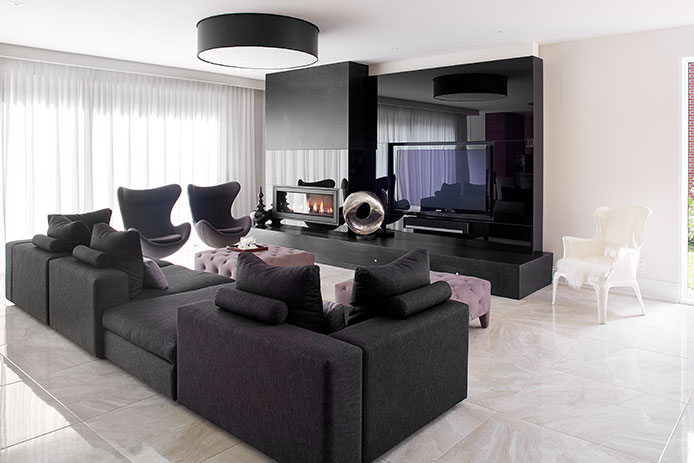 The sense of serenity that pervades the Baie d’Urfé home of Mary and Al Carbone is palpable to all who visit. “People feel really good in our house, and Al and I always look forward to coming home to it,” says Mary Carbone.

The Carbones say that their recently built home is filled with “good vibes” because it was constructed according to the customs of feng shui, the ancient Chinese system of organizing spaces for the smooth flow of energy, which the Chinese call “chi.” Created about 5,000 years ago, feng shui is the practice of positioning objects in an environment to enhance the quality of life for its occupants.

At the outset, the couple turned to feng shui master Tracey MacKenzie to advise them on how to use the ancient discipline in their house. They had been living in Ile Bizard but wanted to move closer to commuter trains once their two children – aged 13 and 15 – began attending high school in Montreal.

“We had discovered Tracey by word of mouth when we lived in our former house,” Mary says. “We consulted her because a friend suggested that she could help our son. He was nine years old and had had difficulty sleeping all his life. Tracey moved his bed into an auspicious direction and that night, he slept through the night for the first time ever.”

MacKenzie, who is also an interior designer, practises classical Xuan Kong (Flying Stars) feng shui, which is based on mathematics and Chinese astrology, and holds that the birth dates of a home’s occupants and the building’s year of construction are key factors in determining how to apply the principles of the practice.

The couple had fallen in love with a building lot in Baie d’Urfé in 2014. “The lot had a house on it,” Mary says. “I used to come here and walk the property and I didn’t want to leave. I felt so happy here. Tracey vetted the lot and said it was a good location for our family.”

It turns out the west-facing direction of the house was auspicious for the Carbones, so they bought the lot, razed the house that stood on it, and drafted plans for a new construction. They hired architect Benoit Béland and builder Groupe Cyncor, and asked MacKenzie to weigh in on the location of the rooms. “Mary showed me the plans and I rearranged the rooms according to feng shui principles,” MacKenzie says. “She then went back to the architects.”

The Carbones wanted sleek, minimalist design. “Tracey gave us a range of colours to use, and Carlos Franchini, our interior designer, helped us finalize the details,” says Mary, adding that she chose the materials herself, including porcelain tiles for the floors on the main storey and sucupira, an exotic Brazilian hardwood, for the floors upstairs.

The result is, indeed, sleek and minimalist. With its subdued colour palette of creams, charcoals and caramels, the 6,100-square-foot home is clutter-free and filled with a sense of tranquility and orderliness. That ambience begins in the entry hall, where the staircase, made of quartz risers and treads, is curved. “The stairs should not be aligned with the front door,” says MacKenzie. “Aligned stairs allow chi to flow out of the house.”

Designed on an open plan, the ground floor’s kitchen and living and dining areas are clustered at the back of the house, where large floor-to-ceiling sliding doors give onto a generous patio.

The kitchen, which measures 20-by-15 feet, features cream-coloured wood cabinets and a 9.5-foot-long island, topped with Taj Mahal granite from India. Walnut was used as a warm counterpoint throughout the kitchen – on the island’s front and on casing surrounding cabinetry, marrying well with the adjacent rosewood dining table.

“We congregate in the kitchen,” says Mary. “And we love having people over to visit … much more than we did in our other house. The vibe is so different here.”

MacKenzie adds that chi flows faster in open-plan homes “because there are no walls to stop it or slow it down, so furniture and carpet placement is key to household harmony.” In the living room, for example, an area rug with a deep pile slows down the energy as do the upholstered dining room chairs and the sheer drapes on the windowed back wall.

In a wing behind the kitchen, the couple created what they call “the black room,” Al’s space dedicated to poker-playing. Black textured wallpaper on three of the room’s walls creates a sense of coziness but is tempered by the fourth all-glass wall, which admits light from the patio. “We also installed a special system in that room to scoop out cigar smoke,” says Mary.

Next to the black room, a full bathroom, installed with a future backyard swimming pool in mind, features a vanity crafted of a slab of wood that Mary sourced in a woodlot near St. Jean sur Richelieu. Brown porcelain tiles on the floor and on the shower’s walls mimic grainy wood.

Four bedrooms, each with its own ensuite bathroom, are located on the second storey. Here, the design ethos is as spare as it is on the ground floor.

There is plenty of space in the master ensuite bathroom for chi to flow unimpeded. In addition to a cantilevered vanity with two sinks, there is a generously proportioned shower, a stand-alone tub and an enclosed water closet.

Visitors love the home’s tranquility as much as the Carbone family does. “Our children often bring their friends home,” Mary says. “Sometimes, I see them all dancing to music in the middle of the living room.”

MacKenzie says the best time to incorporate feng shui principles into a home is at the beginning of the design process. “Mary followed all the recommendations, so the house has no choice but to feel good,” she says. “If you follow the directives, you get good results.”

Mary says the house has contributed to harmonious relationships among her family members. “The general harmony is so important to us,” she says. “You can’t replace that. Everything feels right.”