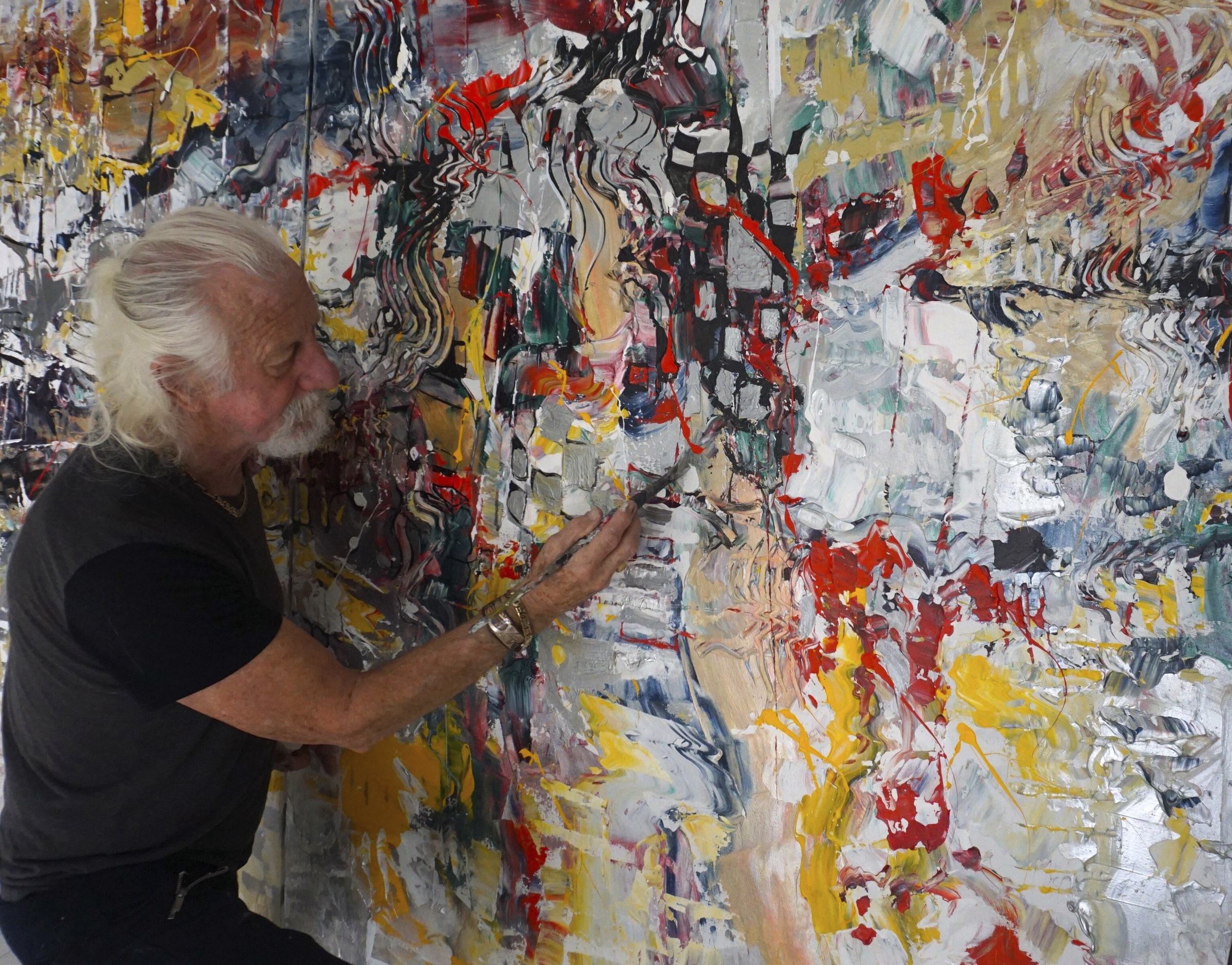 Paul Ygartua Is Versatile and Prolific

Inspired by his travels, world-renowned artist Paul Ygartua works tirelessly on a vast variety of artworks

Paul Ygartua is a creature of habit, yet he’s in a state of constant reinvention. The artist, who was born in Bebington, England and is based in Vancouver, France, Spain or the U.K. depending on the time of year, paints about 10 hours a day, often completing a new work in that time. Since 1970, Ygartua has amassed an astonishing body of work that encompasses a wide variety of styles including figurative abstract, European impressionism, neo cubism, surrealism and abstract expressionism. A prolific creator, Ygartua continually seeks new challenges every time he reaches for a fresh, blank canvas.

“I’m a Gemini and a workaholic as far as painting goes,” explains Ygartua. “It doesn’t matter where we are in the world, my wife Joanne and I have a system: We get up at 7 a.m. every day. If we’re in Spain, at my studio in Cadaqués – the home of Salvador Dalí – we’ll go for a swim, then to the local café on the beach. By 9 a.m., I’m painting. Our place has 20-foot ceilings and terrific light, so it’s probably my most favorite spot to paint. I can’t imagine doing anything else.”

Ygartua developed his skills while painting alongside his artist mother during childhood summers spent in Basque country, northern Spain.

However, his father discouraged him from pursuing his passion. “My dad wouldn’t allow me to become an artist; he said I’d never make a living and that I’d have to get a degree,” recalls Ygartua, who studied silver- and gold-smithing at Liverpool Art College, where he met John Lennon. He studied painting and art at the Laird School of Art in Birkenhead, near where he lived. Because there were few jobs in England for industrial designers, he handed his degree to his father and moved to Canada. One month later, he met Joanne.

While he notes that travelling the world and meeting new people feed his work, Ygartua believes that an artist’s inspiration begins from within. “You shouldn’t have to wait for inspiration,” he says. “Sometimes, I start on a canvas without knowing what it’s going to be, and then suddenly it hits me and I just take off. I don’t use sketchbooks anymore; I prefer the spontaneity of just working straight on the canvas.”

He moves effortlessly between styles and mediums – he’s worked with acrylic, oil, pen and ink, pastel, graphite and more. He is currently creating large abstract paintings, developing his palette-knife work with heavy texture, and continually works on new techniques. He believes a good artist should be able to paint fast, noting that he rarely spends more than a day on any one project. Even the tools with which he works are chosen for their speed quotient. For example, he’ll start with a sponge or large brush to cover big areas quickly. “You’ve got to get the paint on fast so you can get the feeling of it,” he says. “Then, I’ll put detail in right at the end with a smaller brush or a palette knife. Each style requires a different discipline.

For instance, if I’m doing a Vancouver abstract city scene, it’s so fast and spontaneous; I can do those in a couple of hours. Cubist style is more time-consuming and organized: I have to plan where the faces are going to be, so these take five or six hours to do. For pure abstracts, sometimes I can do those in an hour or less.”

Ygartua’s massive murals take longer to complete because he paints them freehand without grids or projectors. The mural he created for the United Nations pavilion at Expo ’86 took about six weeks and the Beachcomber mural took around seven weeks.

Because of his unusual technique, he’s been called ‘The Mural Miracle Maker’ by Pauline Hilistis Waterfall of the Heiltsuk Nation, an Order of British Columbia recipient for her work in adult education for indigenous communities. “Organizers get frightened when they see me sitting up against the wall with a pencil,” Ygartua laughs. “I like to wing it, because the artistic side is almost more important. Even if the mural’s not perfect, the imperfection is what makes it different and better. If you have to grid it off or use a paint projector, it’s so mechanical that you lose freedom of expression.”

He has created some of the largest murals in the world, such as

Legends of the Millennium, a 9,000-square-foot piece that spans two walls of Vancouver’s Beachcomber Building. His 2013 fresco mural Bella Bella – United in History was commissioned by Shearwater Marine Group to commemorate the history of Bella Bella, B.C. and the Heiltsuk Nation.

Since the early 1970s, Ygartua has been drawn to North American aboriginal culture. He has longstanding friendships with several First Nations chiefs, and his colourful collection of West Coast totem poles and masks are exhibited at Eagle Spirit Gallery on Granville Island. His most recognizable works include his Heritage Series, which showcases First Nations peoples and other native cultural groups. Ygartua often gets tapped to create innovative art installations. He recently painted a 10-foot abstract mural, The Experience, to complement the sleek, modern decor of Bauhaus Restaurant in Gastown. And his vast jigsaw-shaped Checkmate is the focal point along one wall of the historic Royal Bank building in Vancouver’s financial district.

He has exhibited in New York, Mexico, Spain, Germany, Austria, Japan, Los Angeles, Miami, San Diego, Scottsdale, and Sydney, Australia, among other places. His work sells for $6,000 to $30,000. In late March, Ygartua donated a painting to benefit the YVR Art Foundation, which supports BC and Yukon indigenous artists through scholarships, grants and exhibitions.

Having once agreed, at his wife’s urging, to take a short break from painting during a trip to Hawaii, Ygartua insists he’ll not do that again, because art fuels him. “I’m very lucky to support my life and my family through art,” he says. “Every day that I’m painting, my bucket list is accomplished.”

How to Style a Face Mask to Look Fashionable

Masks have become the unexpected must-have fashion accessory for 2020. Some people may grumble about wearing facial coverings, but we’re...

For the Birds … Oh, and Bees, Butterflies and Bats, Too