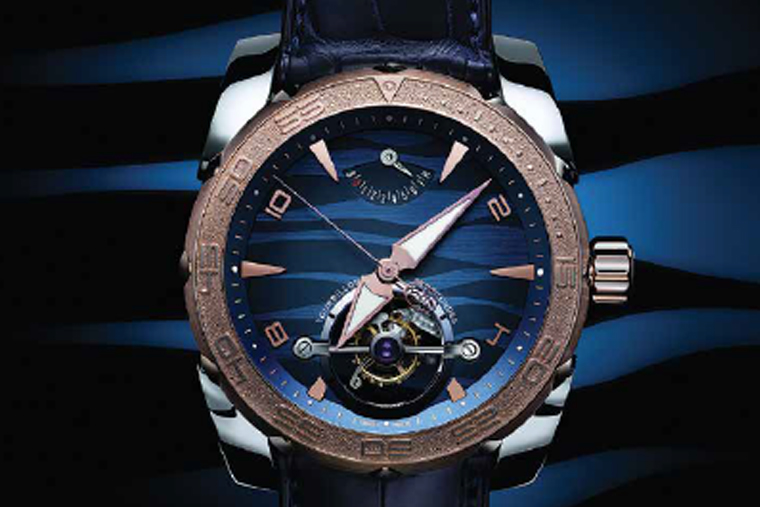 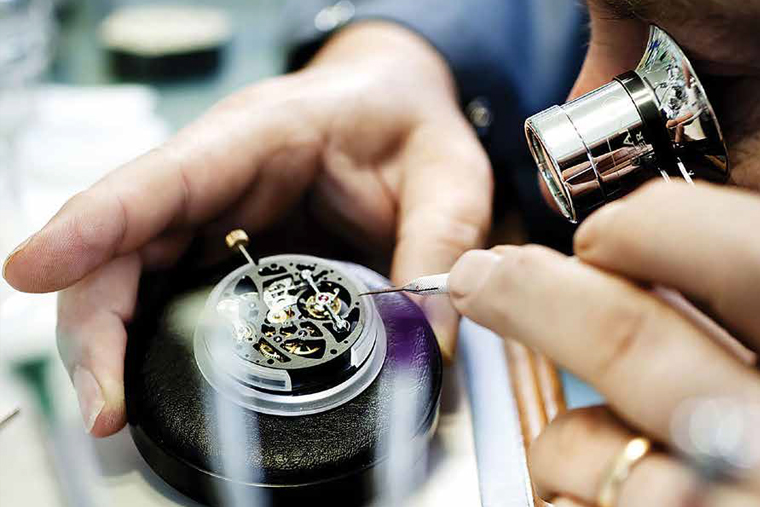 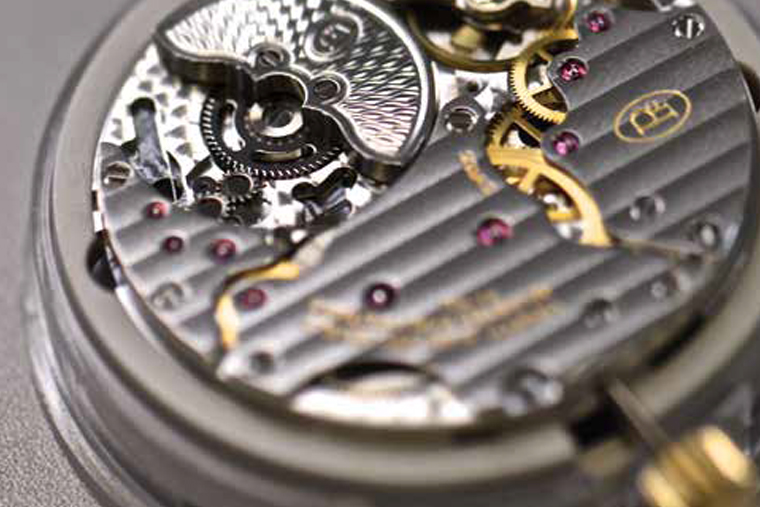 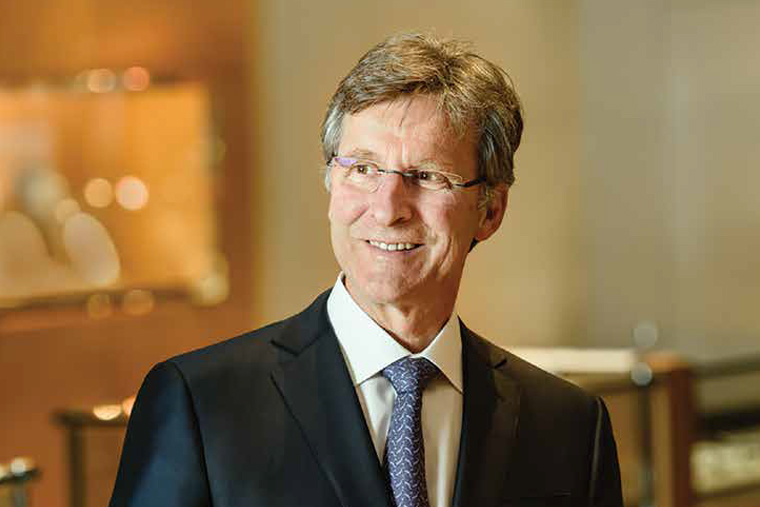 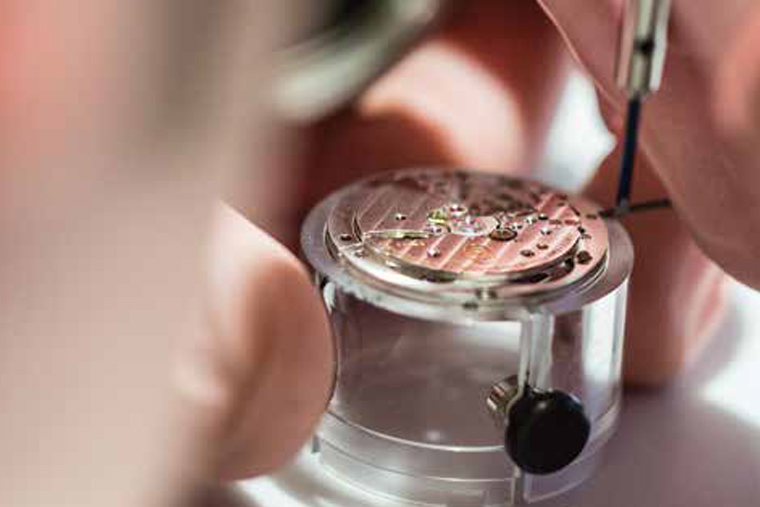 In the opulent world of fine Swiss watches, there are many fabled brands, some of which date back more than a century. But it is a relative newcomer that’s been capturing attention recently:ParmigianiFleurier.

“After graduation in 1974, I was hesitating between becoming an architect or a watchmaker, but curiosity made me decide to become a watchmaker,”Parmigiani says.

He says he was inspired by his country’s venerable history of watchmaking. In Val-de-Travers, the area of Switzerland where he lived, there was a school specializing in the craft. “At that time, there were 40 families involved in watchmaking,” he says, adding that in earlier times, people in rural areas often divided their time between farming and watchmaking. “I was always fascinated in the watchmaking heritage of the regionand decided when I opened a workshop in 1976 to focus on restoration, which sometimes involved pieces four or 500 years old.”

During that time, the quartz revolution was devastating the mechanical watch industry and many watchmakers went out of business.

Parmigiani says restoration was an alternative to manufacturing. “I worked on old pieces that amazed me for their quality and precision,” he recounted in a recent interview while visiting Canada. “I was surprised that watchmakers many decades ago were able to produce such precision, which even today is a challenge.”

Parmigiani soon began creating unique pieces for collectors. One of his best restoration clients was a wealthy collector in Switzerland whom he first met in 1980 and who later encouraged the young craftsman to create his own brand.

ParmigianiFleurier was launched in 1996. “We stay true to our founding values, namely the restoration of artifacts from the past and the ability to draw knowledge from this heritage to create the mechanical constructions of the present,”Parmigiani says. 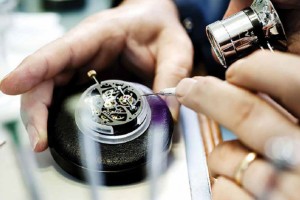 The company is the only premium watch manufacturer to operate a restoration department. SaysParmigiani: “For many of the world’s top watchmakers, Parmigiani is the only restoration shop that they will use.”

Fleurier, on the edge of the Jura Mountains, has been one of Switzerland’s watchmaking epicentres for many decades.

Parmigiani created a sensation in 2006 when he produced the Bugatti Supersport driving watch, inspired by that automaker’s $2.5-million Veyron supercar. The watch, of unorthodox design, won awards around the world for its craftsmanship and originality; the first one made was given to American fashion magnate Ralph Lauren, a car fan and Bugatti owner.

Currently, Parmigiani offers several haute horlogeriecollections that includeeverything from sports watches with numerous special features to simple designs inspired by mid-20th-century styles.
More than 95 per cent of the watch components are produced in-house. Each watch is hand-made and takes about 400 hours to create. The company ensures exclusivity by restricting annual production to 6,000 pieces.

Parmigiani is eager to increase his company’s selection of women’s watches, which would buck the industry standard of producing more products for men.“Right now, the mix is 60-40 (per cent) in favour of men’s watches,”he says. “But our aim is to make this 50-50, partly because women are showing more interest in mechanical movements nowadays.”

The OvalePantographeis typical ofParmigiani’s work. The watch has an oval face and the hands intriguingly telescope to follow the hour numbers accurately. “My inspiration came from a 200-year-old pocket watch I was restoring with hands that expanded and contracted to fit the face,” Parmigiani says.
He applied the technique to the modern timepiece. “Each hand on the Ovale has 31 individual pieces,” he says. As with all Parmigiani watches that have leather straps, the band on the Ovale is produced for the company by Hermès.

One of Parmigiani’s most technically sophisticated products is the Tonda 1950 Tourbillon, which uses the most complex and difficult-to-produce extra features in watchmaking. Tourbillons were developed during the 19th century to enhance pocket watch accuracy and are exceptionally difficult to manufacture, which is reflected in their cost. They take many hours to create and assemble. The result is a highly accurate timepiece with its tourbillon visible through the face crystal and its operation looking, as Parmigiani points out, “almost like the watch’s beating heart.”