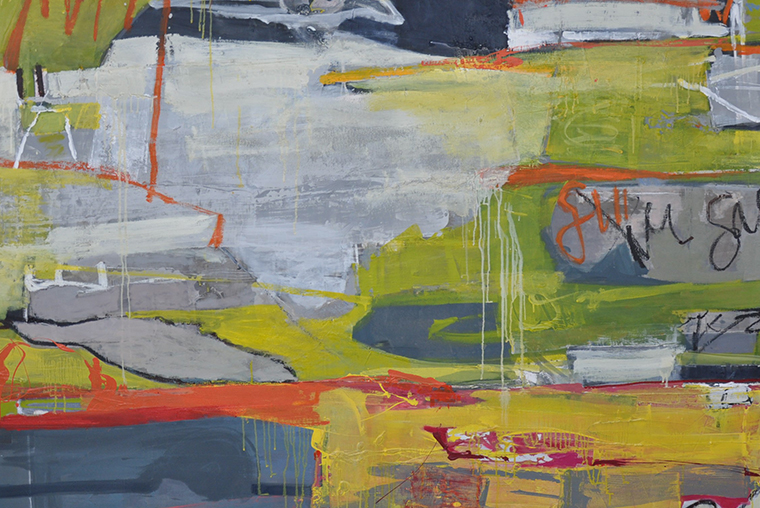 ARTISTIC EXPRESSION FROM WITHIN 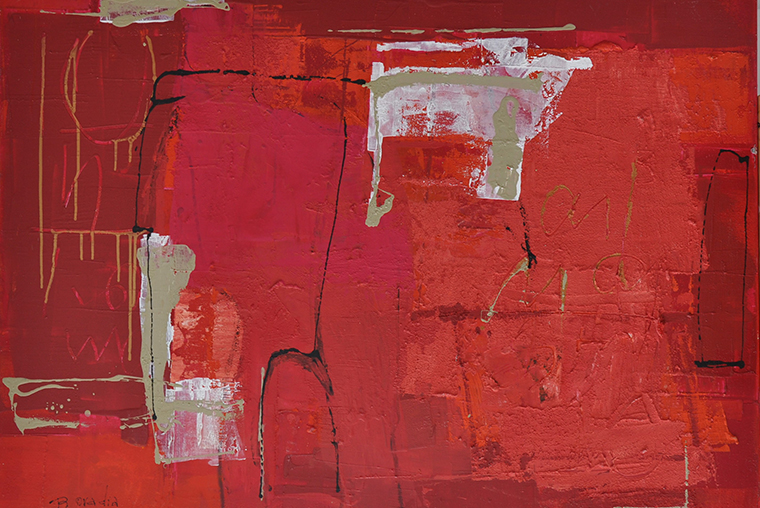 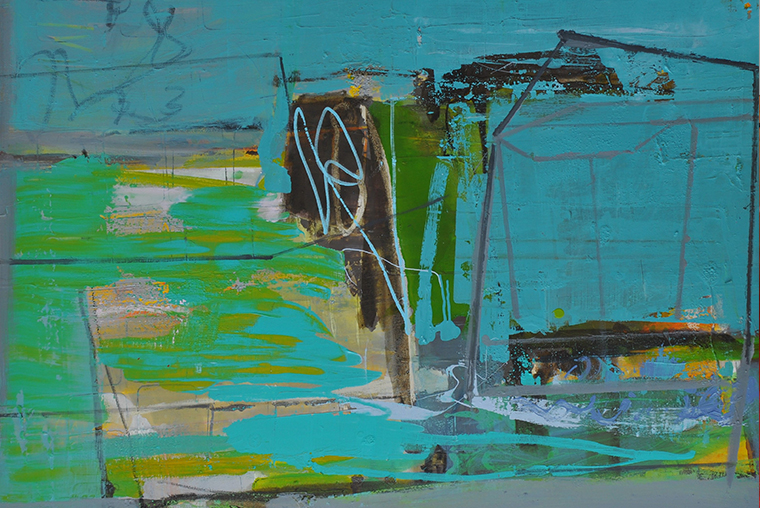 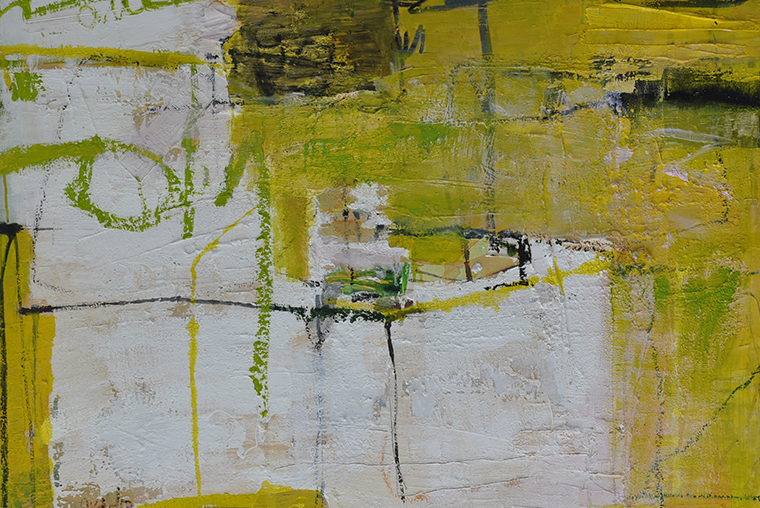 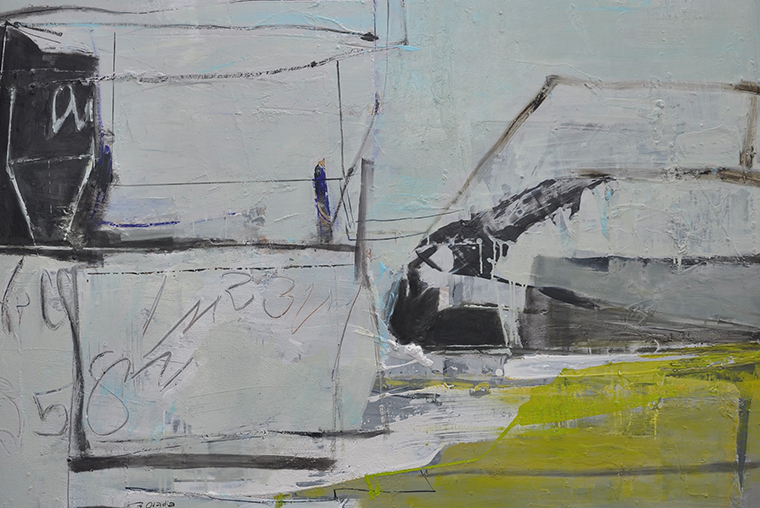 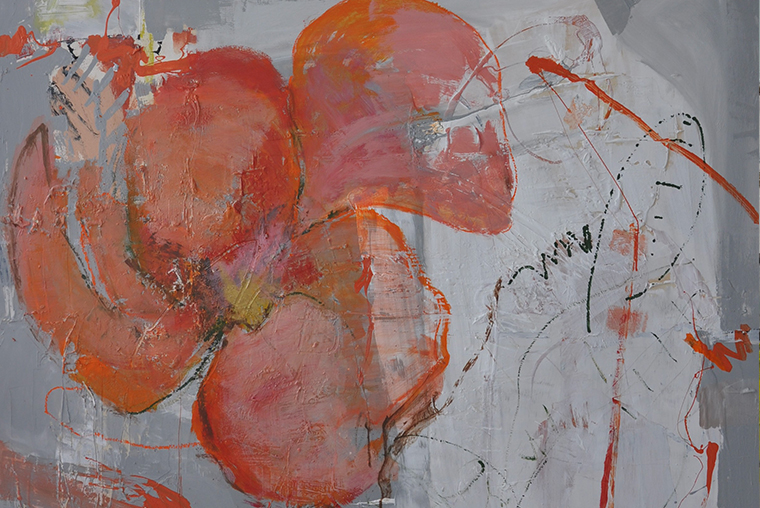 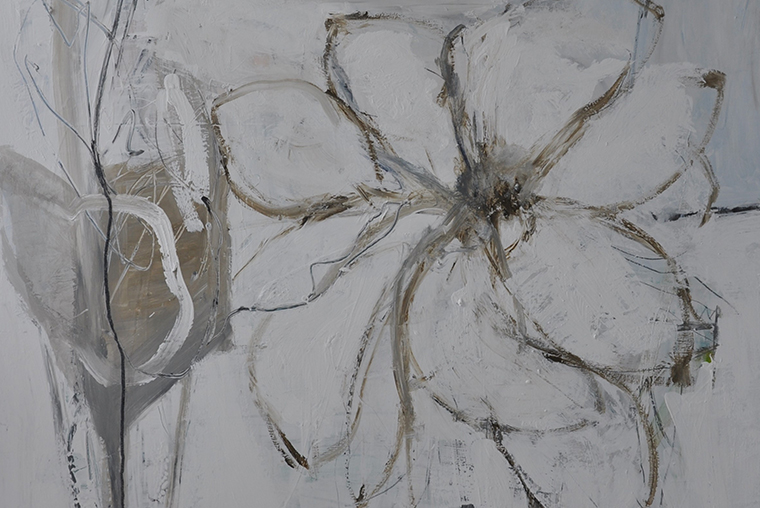 Various shades of white occupy focal space in Rachel Ovadia’s paintings these days. The white reflects the pure state of consciousness this painter meditatively enters into to paint from an inner voice. “My sole responsibility is to create art that imparts the purity of my thoughts, feelings and sincerity,” Ovadia says.

Reaching this point has been a long and sometimes arduous journey. Growing up in Lithuania under Soviet rule, Ovadia never felt safe expressing herself in art. “We were always guided in terms of what and how to draw, which shut down my inner voice,” she says. “But I still admired the art I saw in buildings and recognized that art and design are intricately linked.” 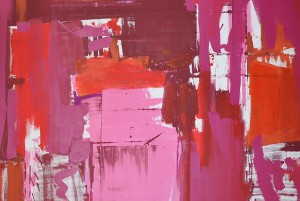 The liberty she embraced after fleeing her country of birth gave her an immense desire to experience more of the world’s greatest art and architecture. She enrolled at the Royal Academy of Fine Arts in Brussels and journeyed throughout Western Europe to see original works by various masters.

“When my instructor said my paintings reminded him of Willem de Kooning’s style, I knew nothing about the artist,” she says. But she made it her business to learn all about the Dutch-American abstract expressionist, whose life spanned most of the 20th century.

The limited opportunities for young artists to exhibit their work within Europe’s cultural centre prompted Ovadia to immigrate to Canada. “I studied the North American art scene by visiting numerous galleries and exhibits, while also finding and expressing my own voice,” she says.

North American art impressed her in the late 80s and early 90s, but she rejected what she later found to be a lot of repetitiveness. “It’s easy for artists to become overly influenced by trending structures, colours and styles,” Ovadia says. “Fortunately, it promoted me to go deeper inside myself to express my uniqueness – totally abandoning the idea of doing what’s ‘right’ in favour of what’s ‘real’ for me.”

Her artistic freedom derives from extensive soul-searching. “I finally came to the conclusion that my work doesn’t need to be perfect, which enables me to paint without anxiety,” she says. “My art is a journey with each painting expressing another step along the way.”

Ovadia’s work has been represented in galleries across Canada, the U.S. and Europe. She’s currently working on a new series titled Botanicals. “It’s not so much about the outside of a flower, but the depth of Nature’s beautiful symmetry if you closely examine how flowers are constructed,” she says.

Some of her current abstracts contain the soft hues of the meditative state she enters into to listen to her inner voice. “I hope this art instills that same quietness/calmness for others when they need it most,” she says.

The bright orange and red in other pieces represent life’s energy, while dark greens, and even grey, acknowledge there are days when the sun doesn’t shine, although its imminent return is indicated with minor yellow brushstrokes to give us all hope. 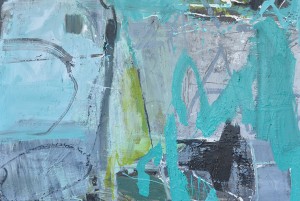 Many of her pieces feature the figure-eight symbol of eternity. It’s emblematic of her determination to work ad infinitum at her art.

The various shades of white representing the purity of her intentions also underscore her belief in the Japanese principle of giving empty space the same importance as filled areas. “You can’t clutter a piece and have the real art come through,” she says.

Black is the hue that rarely appears in Ovadia’s paintings. “To me, black evokes nostalgic elements of grief and pessimism,” she says. “So I turn to a pure palette of colours that represent optimism when I’m expressing myself.”

To this artist, it’s all about finding the white space at the centre of everything.