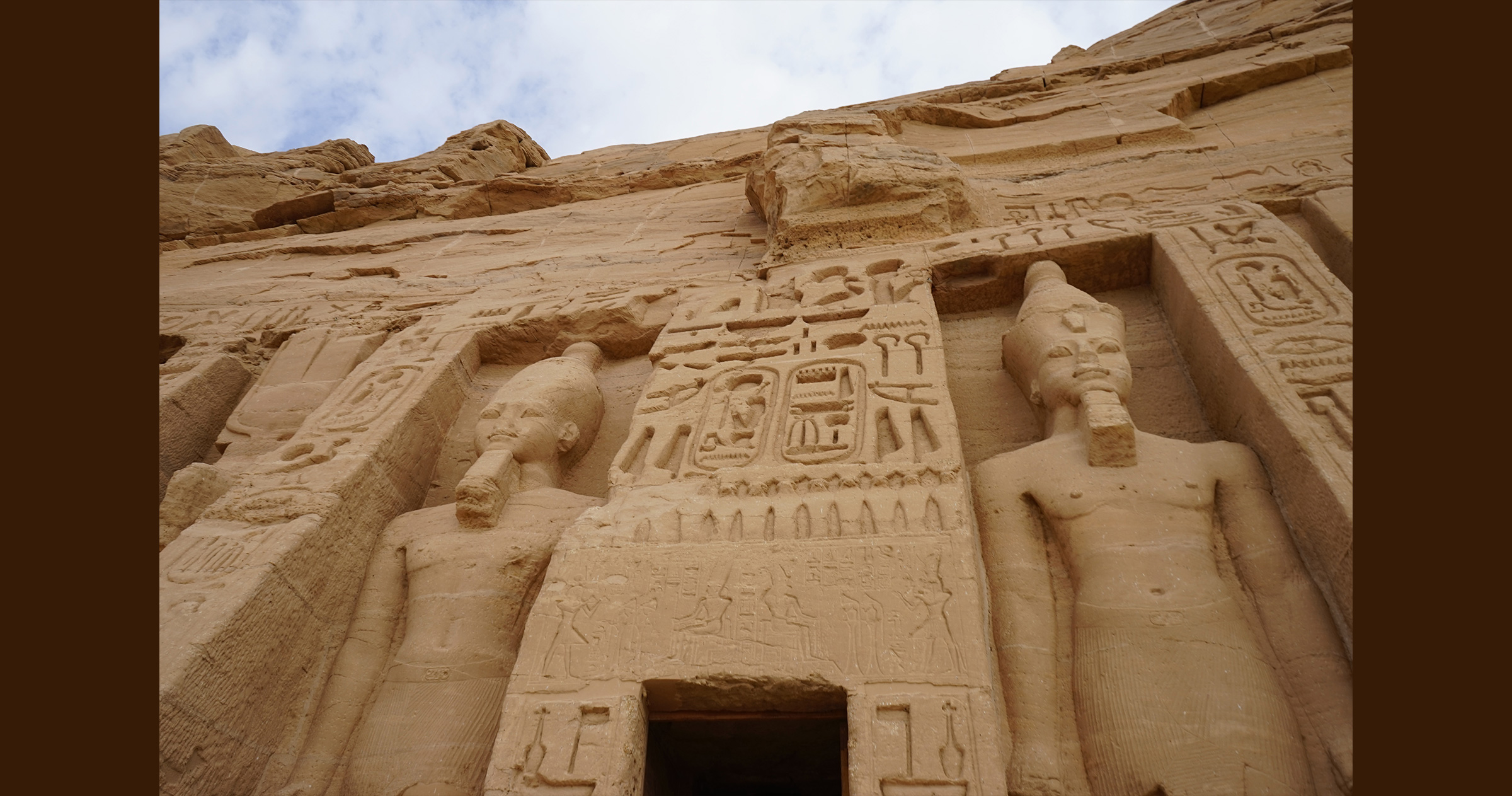 Exploring the Sands of Time

Egypt is an enigmatic travel destination, replete with mysterious ancient history and monuments

I’ve been fascinated by Egypt since childhood. Tales of the ancient civilization – a land of cunning queens, cat worship and mummies – grabbed my imagination. After decades of dreaming, I took the leap and booked a flight to Cairo.

A few friends expressed concern about the safety of my upcoming adventure. I assured them I was minimizing risks by joining a group tour and sticking to the ancient wonders along the Nile River. From the moment I arrived in the country, I felt secure at all times.

I recommend flying to Cairo and joining a one- or two-week tour of such major sites as Luxor and Aswan. I booked a 12-day journey with Travel Talk Tours that included hotels, bus transportion and entry fees. Travellers might also opt to cruise along the Nile, or hire a private guide and driver.

In the winter and spring, Egypt is pleasantly warm and the archeological sites are not teeming with tourists. Temperatures dropped at night, making me glad I had packed a jacket.

On the first day, my group travelled from Cairo to nearby Saqqara, where we gazed at one of the earliest pyramids. Built for Pharaoh Djoser, the impressive stepped structure has survived more than 4,500 years.

Onward to the Pyramids of Giza, where I was dazzled by the sight of Khufu, Khafre and Menkaure rising from the sand. To this day, archaeologists aren’t certain how the millions of stones, each as tall as my shoulders, were moved into place. Inside Khufu, the largest of the pyramids, I scuttled up steep ramps that led to a chamber containing a sarcophagus.

I’ve seen the Great Sphinx many times in photos, but nothing comes close to meeting the mythical man-lion in person. He’s lost his nose over the centuries, and his lips remain sealed as to why he was sculpted and by whom.

Back in Cairo, I was eager to visit the Museum of Antiquities, which houses 120,000 relics. My fascination with mummification grew when I encountered rows of sarcophagi with carved faces, and canopic jars for the viscera of the dead. In the Mummy Room, I saw the shriveled but remarkably preserved bodies of Seti I, Akhenaten and other rulers.

My group drove south to Luxor, Egypt’s capital in the Middle and New Kingdoms. Everyone was entranced by Karnak, a sprawling temple for Amun-Re. Strolling past ram-headed sphinxes and walls of ankhs, I felt as if I had travelled back in time. Across the Nile at Hatshepsut’s mortuary, I admired portraits of the revolutionary queen who wore a false beard, and held the crook and flail.

Luxor Temple is best viewed at night, when the colossal statues are hauntingly illuminated against the dark sky. It’s remarkable that the ancients could execute such impressive architecture, including a courtyard framed by towering likenesses of Ramses II.

Be sure to visit the Valley of the Kings: more than 60 tombs, including that of King Tutankhamun, lie beneath the mountains. Most of us think of hieroglyphics as colourless, but as I explored these burial chambers, I discovered they were originally painted in brilliant shades.

In the passageways of the dead, I saw the full pantheon of Egypt’s strange gods. Many of us can identify Horus the falcon and jackal-headed Anubis of the underworld. However, I was astonished by Khepri, who has an eerie black scarab for a head, and Khnum the ram, whose horns inspired the depiction of Baphomet.

Further south in Aswan, my group learned about the Ptolemaic era, which ended with the death of Cleopatra VII and the fall of Egypt to Rome. At Philae and Edfu temples, I noted the Hellenistic influence in the fluted columns and voluptuous carvings of Egyptian goddesses. At Kom Ombo, I was astonished by a collection of mummified crocodiles baring sharp teeth, in honor of the god Sobek.

It was worth waking up at 3:30 a.m. to reach Abu Simbel before sunrise. This otherworldly temple was carved into the side of a mountain, and was lost to the sands until a boy rediscovered it in the early 1800s. I felt as small as a mouse, beneath four gargantuan seated statues of the great Ramses II. Next door, a smaller temple for queen Nefertari was decorated floor-to-ceiling with elegant paintings of goddesses.

I also rose before dawn for a hot air balloon ride over Luxor. From up in the air, I could see temple ruins illuminated by the rising sun, and stretches of desert reminiscent of an alien planet. I spent that afternoon sailing the Nile in a felucca, or traditional wood boat, just as sailors did in ancient times.

Throughout the trip, I enjoyed simple local meals, such as kofta kebabs, harira lentil soup with lemon slices, and falafel with fresh pita, parsley and tomatoes. My most memorable dinner was home-cooked by a family of Nubians, or descendants of the people of southern Egypt and Sudan. It was a joy to learn about their distinct traditions while feasting on curries with okra and herbs, and bite-sized mandazi doughnuts.

Egypt is an extraordinary destination for anyone who adores history, archeology and culture. To this day, researchers are digging up baffling treasures, and discovering new depths to the knowledge of the ancients. Although we may never unlock all of Egypt’s mysteries, a journey here will leave you in awe at the possibilities. •

IF YOU GO
Getting There: Toronto has a direct flight to Cairo on EgyptAir. Departures from Montreal require a stop in a European city, such as London, Paris or Frankfurt. Tickets cost between $1,100 and $1,350 CDN, with a flight time of 14-21 hours, depending on the city of origin. Canadians must purchase a $25 USD visa on arrival at the airport.

Ground Travel: I recommend joining a guided group tour, for the sake of ease and safety. Travel Talk Tours’s 12-day journey has an average base price of $1,200 CDN that includes hotels, transportation and 16 meals.

Accommodation: In Cairo, a mid-range hotel room costs between $70 and $120 CDN. The luxurious Marriott Mena House, which has a poolside view of the Giza Pyramids, is $180 CDN per night.”

Originally posted in the Winter 2019 issue.