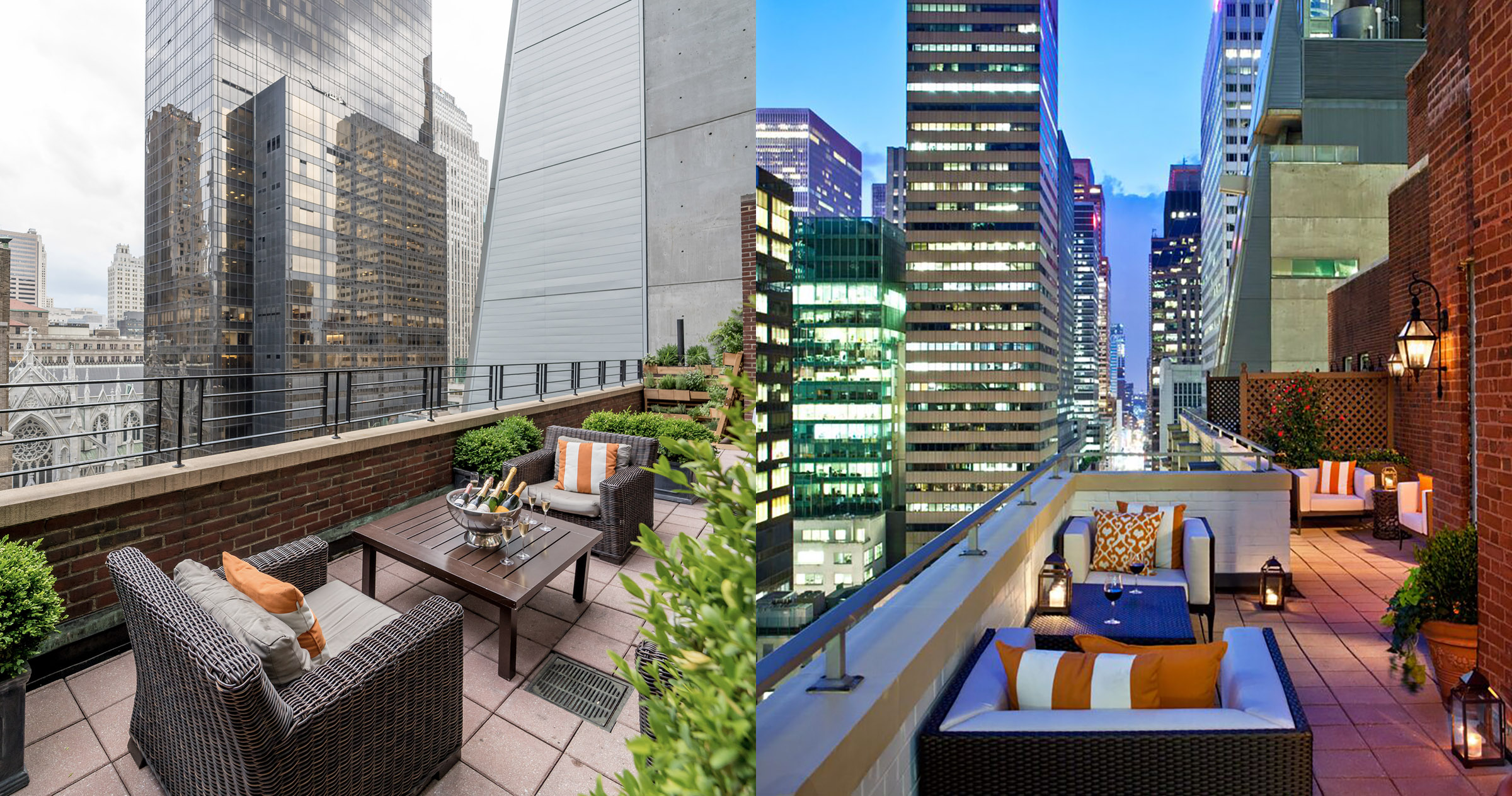 Centre Of The Action

The corner of 52nd Street and Madison Avenue in Midtown Manhattan: If you’re visiting New York City, this is the place you want to be. It is where the magic happens – where the glitz of present-day New York City meets the legendary how-this-place-became-the-centre-of-the-universe elements of the Big Apple. Just ask David Chase.

He is the managing director of the Omni Berkshire Place, the 21-storey, four-star hotel at 52nd and Madison.

“There is not a better location to be in New York than here,” Chase says. And he says that with a straight face. The reasons for it are described with words that include “epic,” “classic” and “refined.” But the bottom line is summed up with a very important New York City factor: Location.

A block from St. Patrick’s Cathedral, which can be seen from many rooms at the hotel; steps from “the epic shopping” experience that can be had on Fifth Avenue, just a short walk from Rockefeller Center, where, if you are going to do a little pre-Christmas shopping, you can stroll down to take in the world-famous Christmas tree and all the festive lights, or skate on the celebrated outdoor rink, the hotel is at the centre of where you want to be. It’s near Central Park and within a short walk of Times Square.

And the Omni Berkshire has a sense of history. Built in 1926, back when 52nd Street was the hub of New York’s burgeoning jazz scene, the Berkshire was part of the landscape. Known as “Swing Street,” 52nd was where the nightclubs turned unknowns into stars: Miles Davis, Dizzy Gillespie, Billie Holiday, Charlie Parker; they all got their start here. The Berkshire cut its teeth in the Prohibition years, when the neighbourhood was home to the Vanderbilts and the Cartier Mansion, where, in later years, Grace Kelly would shop just before her wedding to the prince of Monaco.

“There is a feel that this is a resident townhouse,” Chase says. With 398 rooms, including 45 suites and nine rooms with terraces – yes, a terrace in New York City – you can gaze out at the skyline all the while having a “pied-à-terre feeling.”

Topping it off is what Chase calls “The Berkshire experience: It’s ‘let us take care of you.’ ” The Berkshire is not a glass tower with Formica finishes. “We have a beautiful marble lobby foyer, antiques, bronze, classic design,” Chase says. A little touch of old-school refinement never goes out of fashion. And that includes skilled concierges who will curate your stay. That can make the difference between a quick visit and an authentic New York City experience, he says. In a city where everything is big, the little things are not overlooked or taken for granted at the Omni Berkshire Place.

And it is one of the reasons customers keep coming back. A large percentage of the clientele are members of the hotel’s guest loyalty program, which provides what is described as “experiential benefits,” such as a fresh pot of coffee delivered to their rooms, pressing services and free Wi-Fi. “You’re really going to get great value, a great experiential element to your stay,” Chase says. “This spot is the greatest spot you can be in New York City.” •

A Home For The Long Run