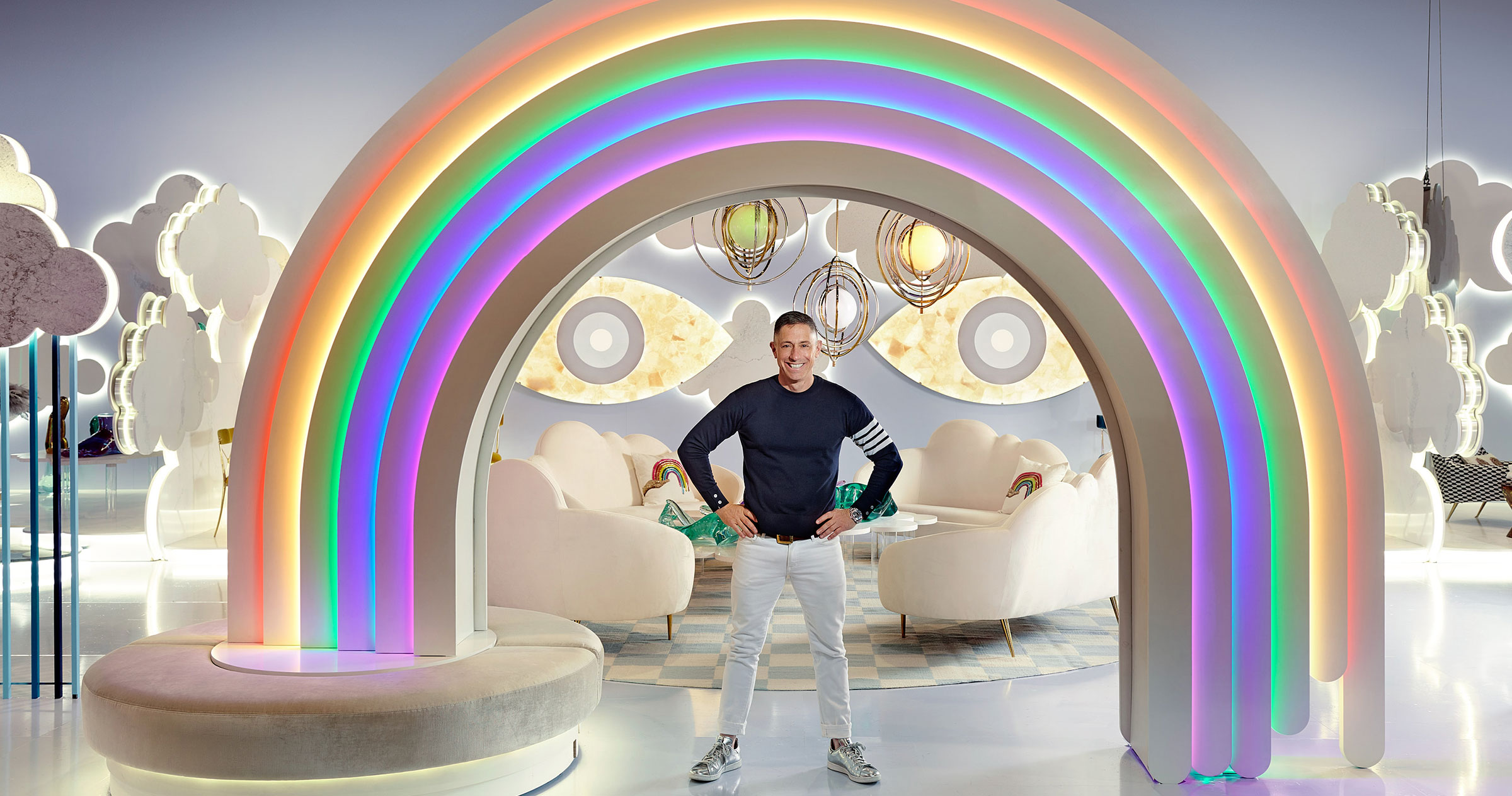 Surrealism infuses the designer’s reimagining of Caesarstone at IDS20

“Dream kitchen”— One of the home design world’s most overworked phrases.  But set celebrated potter, designer and author Jonathan Adler loose on a material commonly found in that room – namely Caesarstone quartz – and divinely unexpected and inspired things can happen.

A giant neon rainbow arch set the stage for visitors. Beyond, on the walls, two giant blue eyes floated in a “heavenly cloudscape”— backlit cumulus shapes that appeared light and airy even though crafted of rock-hard quartz. The same material was used in neoclassical columns inspired by Caesarstone’s headquarters in the old Roman port city of Caesarea.

The Dreamland installation was created under Caesarstone’s Designer Program, now in its seventh year. Through it, the company partners with renowned designers to find innovative uses for its product.  The elite group of past collaborators include Marije Vogelzang, Jaime Hayon, Tom Dixon and more.

Surrealism features highly in Adler’s work these days, if the decorative objects that bear his label are any indication. In his Muse Collection, for instance, the designer pays homage to the people who inspired his favourite artists, including Dora Maar and Georgia O’Keeffe.

He often substitutes geometric relief patterns with surrealist body parts, an approach also taken in Dreamland. Adler inherited a love for the genre from his grandmother, he has said, and a colour sense from his mother, who was fond of Marimekko.

He brings the look into the Greenwich Village apartment he shares with partner Simon Doonan. When giving the Cityline (CityTV) show a tour of its chic interior, he pointed out the importance of a playful approach. “Your home should make you happy; that is the basis of everything we do,” he said during the interview. •

Photos courtesy of Gallotti&Radice Autumn is here, even though it seems like yesterday when we were all wishing for some...