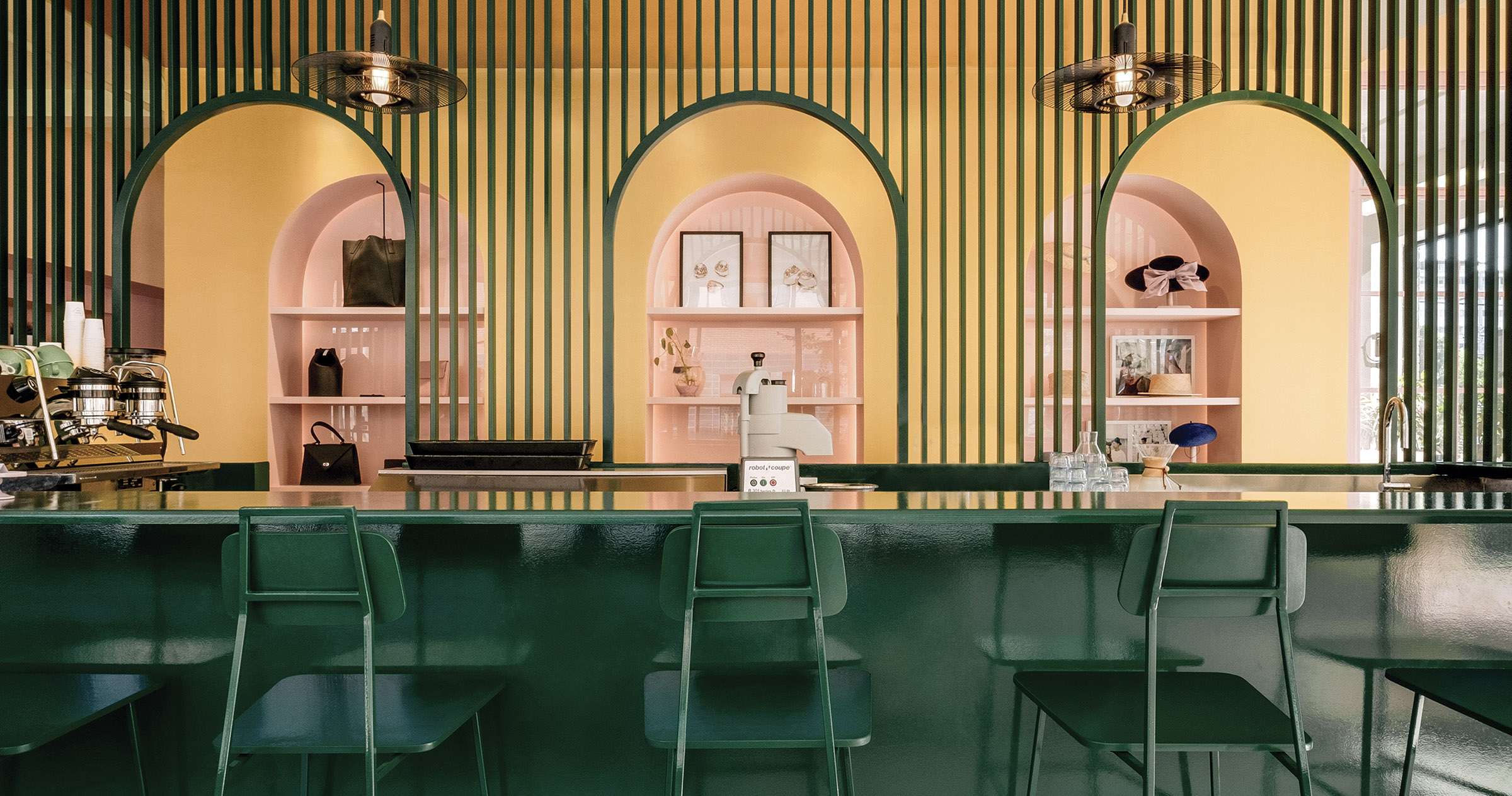 Hip hop singer Gabriel L. B. Malenfant opens Pastel Rita, a café and workshop that is as colourful as he is

There was one thing that hip hop singer Gabriel L. B. Malenfant knew for sure when he set out to fulfill a lifelong dream of opening a café in Montreal’s Mile End neighbourhood: It wasn’t going to be another white, monotone, colourless place.

No way. Gabriel has created a colourful persona for himself on the hip hop scene as one half of the successful duo known as Radio Radio. He wanted his passion project, a café on St. Laurent Blvd. called Pastel Rita, to reflect that sensibility as well.

“My band is colourful; we dress in flashy, colourful, custom-made suits. And my wife’s handbag line is also colourful. It’s our identity and brand,” says Gabriel, a self-described “foodie” with an MBA in international business who was fed up with fast food after a year of touring and wanted to open a café. He did open it as a simple café but then he and his wife – Véronique Orban de Xivry, founder of the brand Bouquet, which specializes in purses and leather goods – decided to close temporarily for a renovation and re-open a bigger, more ambitious project that would combine both of their passions.

The resulting hybrid space combines a café with a workshop-boutique. The couple hired APPAREIL Architecture to design overlapping spaces that would allow customers to view the artisan’s workshop while enjoying coffee or a drink and a light meal. “The idea was to combine their two interests in one space,” says Kim Pariseau, the architect and designer with APPAREIL who oversaw the project. “How to integrate both interests in a proper working environment was the challenge of the project.”

A challenge that Gabriel believes Pariseau achieved, and brilliantly. “We really nailed it,” he says. The white workshop area is glassed-in and a stark contrast to the multi-coloured restaurant areas which helped establish the name of the café: Pastel reflects the use of colour Gabriel so wanted and Rita is his 105-year-old grandmother – the inspiration for the restaurant as someone who “always had soup on the table for friends” and created the warm, convivial atmosphere the singer wanted to recreate.

It was a small space with large needs, and with the “mixed program,” as Pariseau describes it, she relied on all custom furniture and lighting to ensure the right aesthetic was created and the space could be properly used to meet both needs.

Gabriel describes it as a combination of “contemporary and Acadian kitchen” architecture; an appropriate amalgamation, perhaps, of his roots and his current lifestyle. Both the use of colour and several architectural details lend to the playful atmosphere of the boutique and café. A pastel-pink seating nook, created out of interconnecting banquettes, adds a touch of whimsy while establishing the owners’ strong connection to colour. “In the café, every single piece of furniture has colour,” says Pariseau.

But it is perhaps the unique bar area of which Pariseau is most proud. Painted in glossy green, the custom bar and chairs pack a bold punch and are a focal point of the room – exactly what Gabriel was hoping for as the restaurant recently got a liquor license.

Behind the bar, a partition made of wood slats delineates the boutique section of the wall. The space is punctuated by large arches and it’s here where all the colours of the restaurant – the predominant pinks, greens and yellows – intermingle and unify the look of the space.

“The gold makes it glamorous, and at night it really stands out when you’re passing on the street,” says Pariseau. “The 3D effect is very striking.”

Gabriel is thrilled that the bar is the gathering place he wanted it to be. “Now we’re rebranding it as a night-life place,” he says, adding that they can also host parties and launches in the restaurant.

He also acknowledges that this passion project is challenging. “It makes up for my lax lifestyle as a musician. Running a business is a lot of hard work,” he says. And sharing the space with his wife is, well, “not as romantic as I anticipated,” Gabriel says with a laugh. With a new baby daughter, the couple is balancing their busy lives with childcare and discovering it’s not always easy – even with their home within easy walking distance of their workplace.

On the other hand, he is delighted with the great buzz the restaurant is getting, both for its dazzling design and as a great gathering spot. Their popular Aperitivo nights on Thursdays and Fridays, in conjunction with the restaurant Montreal Plaza, are taking off and the menu is expanding and now includes soups, sandwiches, salads, tatakis and tartars. Pastel Rita also now serves brunch.