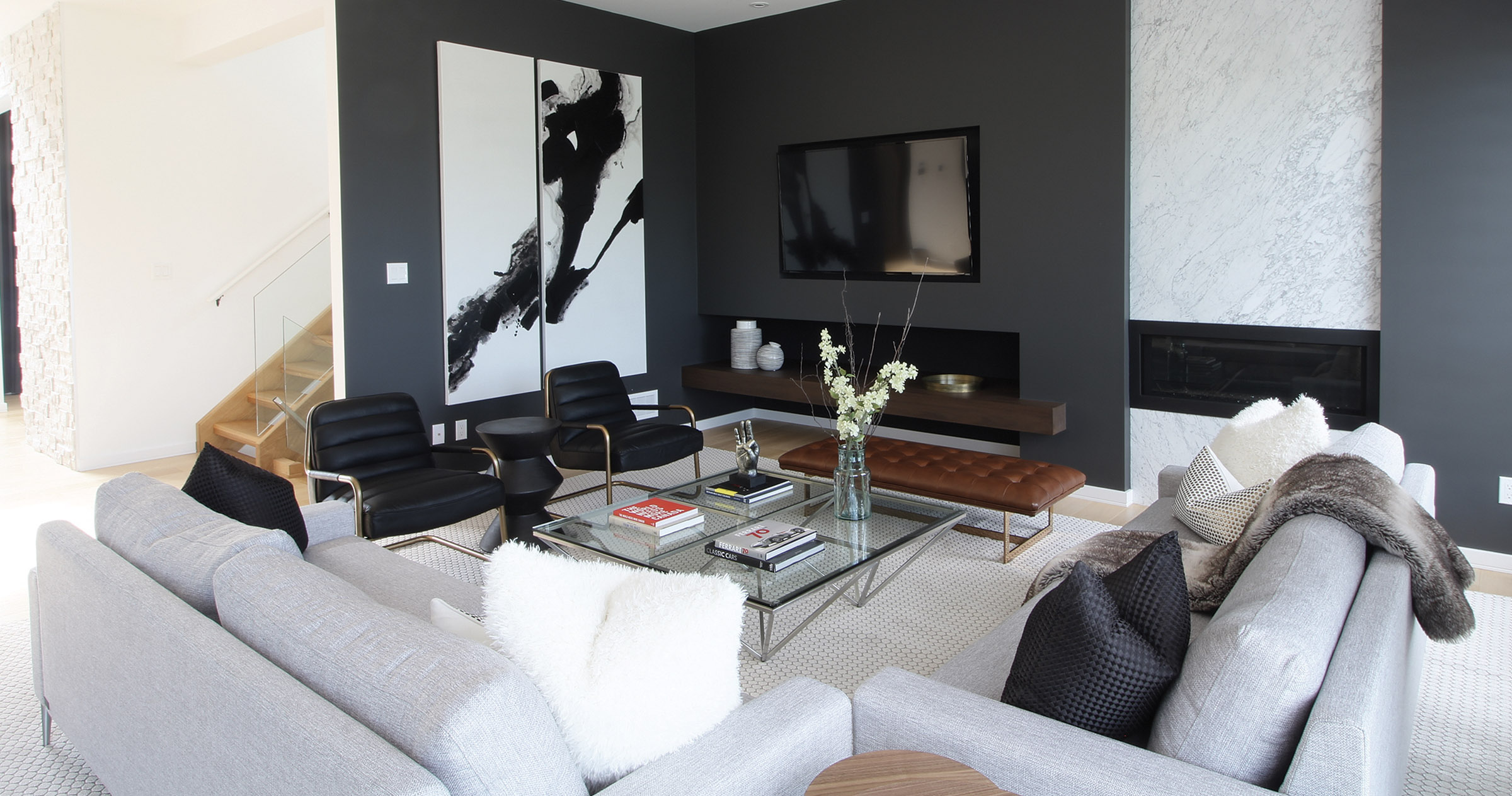 From Zero To Wow In Five Days

The opportunity for a designer to choose, almost literally, every item in a house – from furnishings to tea towels – is rare. But that was the assignment that designer Ana Cole was given by a client who had just bought a new build by Millstone Homes in London, Ontario’s Byron neighbourhood and wanted it furnished pronto.

“I first met the client when he was having his final meeting with the real estate agent,” Cole says. “He and his two children moved in while we were still in the design phase. My client had his own furnishings [from his previous home], but he did not use many of them.”

During their discovery meeting, Cole began to realize the magnitude of the project. It’s a two-storey house with a full basement, encompassing a total of 4,700 square feet. Her client had kept the draperies and a few of the central light fixtures that had come with the house, liked the existing European white oak floors, and was happy not to change the kitchen, but otherwise wanted the house furnished from top to bottom. From paint colours to picture frames, from furniture to flatware, it was Cole’s domain.

“It was the biggest project I’ve ever undertaken,” she says, admitting to having been slightly intimidated at first. During the process, her scope was increased even further when her client requested that she select the furnishings for the outdoor space.

Everything was planned thoroughly. After about six weeks, Cole had a final presentation package with details, including upholstery samples and a three-dimensional floor plan with furnishings.

“The homeowner definitely voiced opinions, but he was very trusting,” Cole says. “Once we got the scope [defined], Anna Cole Interiors took care of the rest.”

In getting to the final design, she spoke with not only the homeowner but his two children, both under age 10. “It was really cute to talk with my tiny clients,” she says. She designed the rooms to suit children while keeping the spaces in concert with the rest of the home. “These are rooms they can grow up in,” she says. “I held back on youthful elements because the children will add their own.”

Working on the project was great fun. “The budget was generous, and I could also go out of the box and source things from not just around London,” Cole says. She also custom-designed various elements, including the bed frame and headboard in the master bedroom, and the sleek walnut table in the dining room.

One area Cole had very little to do with was the kitchen. The Millstone Homes design is both functional and attractive and is well-suited to the homeowner’s style, so nothing was changed.

In even the best-planned project, circumstances dictate patience. “It took six weeks for all the furnishings to arrive,” Cole says. “There were 180 orders we were tracking. When you have so many moving parts, there will be delays. But the client was wonderful and very understanding.”

The decorating phase took place during the summer school holiday. “We even painted while the family was living there,” Cole says. “It was pretty much a nine-to-five job” to be as unobtrusive as possible, occurring while the homeowner was at work and the children were busy with summer activities.

Serendipity also played its part. For instance, Cole had sourced a large, two-panelled graphic black-and-white artwork for the master bathroom. During the installation phase, it was leaning against a wall in the living room, awaiting hanging upstairs. The homeowner came home, saw it, and loved its effect right where it was, so in the living room it stayed.

Over the course of five days, the family saw their home evolving from sparsely furnished to completely decorated. It was an intense but gratifying experience. Although Cole’s influence is in nearly every room, she admits to having a favourite: the master bedroom. “I absolutely love the room,” she says. “It’s not theme-y, and the elements work well together. I love how customized I could make it. The homeowner says that when he shows his home to visiting friends and family, everybody always says it looks so well designed.

“This was a once-in-a-lifetime project. It’s so satisfying, curating somebody’s lifestyle. Everything was chosen with thought. It was enormously rewarding, and one of the best projects I’ve ever done.” •