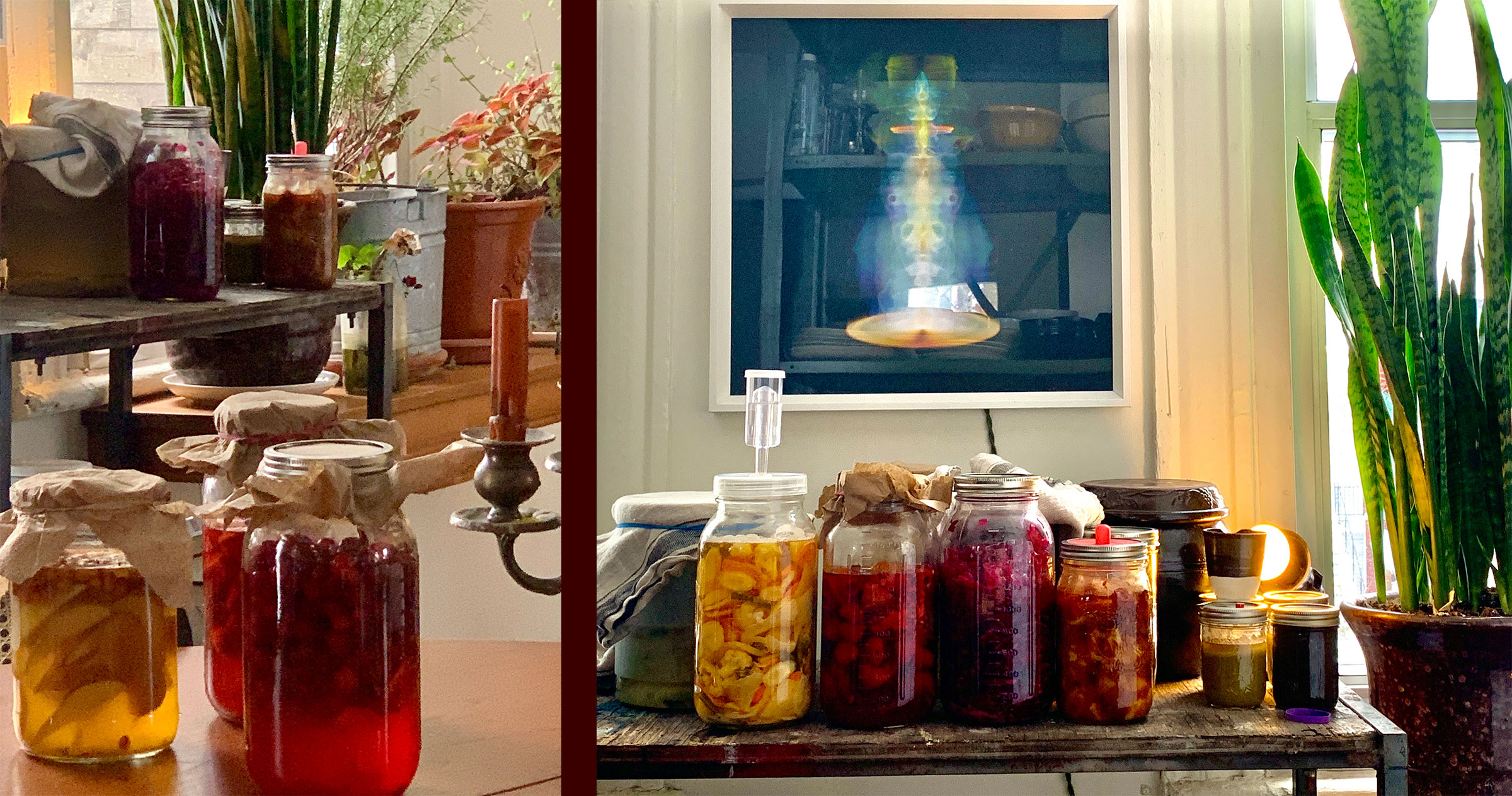 When he scoops a spoonful of homemade sauerkraut from a jar and tosses it into his salad, Blake Mackay isn’t paying much attention to all the current hype around fermented foods.

Mostly, he’s in love with the briny, tangy flavours and the simple, ancient process of lassoing the wild bacteria and yeasts in his environment to transform and preserve food.

The Montreal chef and food stylist has been fermenting foods for more than a decade, spurred by childhood memories of his hippie parents’ own experiments with kombucha, the sour, sparkling fermented tea.

Fermented foods are the latest food trend, the probiotics within them heralded as a magic elixir for a myriad of ills. Foods such as kombucha; kimchi, the traditional Korean dish of fermented cabbage and radish; and kefir, the tart, creamy drink made from fermented milk, are all having their moment. But even if we didn’t realize it, most of us have long been stocking our fridges and pantries with such fermented foods as sourdough bread, cheese, wine, beer, soya sauce, olives and tea.

The fermentation process relies on live bacteria and yeast to convert sugars and starches in foods into acids. The resulting acidity prevents the growth of “bad” bacteria that would otherwise spoil the food. And when we eat fermented food, all these diverse bacteria and other microorganisms come to co-exist in our digestive tracts along with the trillions of other microbes that make up our gut microbiome.

The benefits of microbes in food are only beginning to be understood. Though there is not a whole lot of conclusive clinical proof to support the many disease-fighting claims about fermented foods, there is solid evidence to show that eating them aids digestion and bolsters our immune systems.

But the health benefits are only one reason to love fermented foods. Mackay says he loves them for the same reasons that our forebears did: they are a simple way of preserving seasonal produce and reducing food waste. “As soon as veggies start to go soft in the bin they go into a jar with salt brine to become pickles,” he says.

To preprare herbes salées, a traditional Quebec seasoning for soups and stews, he processes vegetable scraps and herbs in his food processor, weighs the mixture, and tosses it with salt in a five per cent salt-to-vegetable ratio; the mixture is then fermented for two to three weeks.

Food scientist Sebastien Bureau, co-author of the best-selling book Fermentation Revolution – Révolution fermentation in French – (Les Editions de l’homme 2017) says the popularity of fermentation is part of a wider movement that is also invigorating backyard and balcony gardening and preserving – a reaction to our growing reliance on processed, packaged and prepared foods over the past generation.

“When you eat a pickle you made yourself, there’s nothing but the essentials in there. It’s a minimally processed food that can be made in small quantities,” Bureau says. “It’s a way of reconnecting with your food.”

Bureau has made it his mission to demystify home fermentation and he is seeing surging interest in the topic. So is Mackay, whose ongoing fermenting and preserving workshops, which he hosts with Toronto pastry chef and jam-maker Camilla Wynne, always fill up.

So how to begin introducing more fermented food into your diet? Start by adding a readymade kimchi from the Asian grocery store into an omelette, or a spoonful of mixed pickled vegetables onto a salad plate. Look for the words “naturally fermented” on jars of store-bought fermented foods to be sure that the cultures are live.

Then don’t be afraid to experiment yourself. Start one jar at a time. Here’s a simple recipe from Bureau’s Fermentation Revolution blog: Thinly slice a cabbage (about one kilo) into a bowl, reserving one outer leaf. With your hands, massage four teaspoons of sea salt into it for a few minutes, until the cabbage begins to release its liquid. Then press it into clean glass jars. The liquid produced should submerge the cabbage. Place the whole cabbage leaf on top and add a weight, if needed, to keep the cabbage submerged. Cover the jar loosely enough to allow the air to exit. Let stand away from direct sunlight for three weeks. Remove the weight, discard the cabbage leaf. The sauerkraut is ready when it is tangy.

“It’s not so complicated,” Bureau  says. “People have been doing this for a very, very long time.” •

Stew: A dish of meat and vegetables cooked slowly in liquid in a closed pan. Quintessential winter food. A pot...

There’s a sunny spot on the back balcony where two of my favourite words spend the summer in a tangle...

One thing I love about summer is that you can pick your own berries and make fresh tarts and preserves....