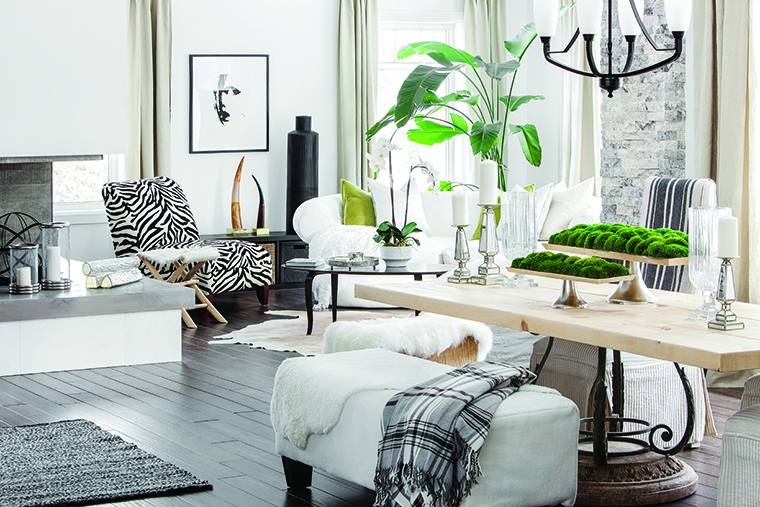 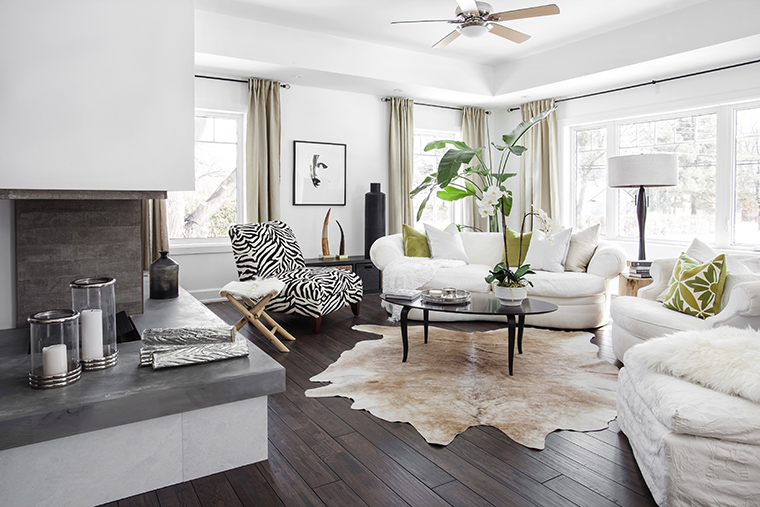 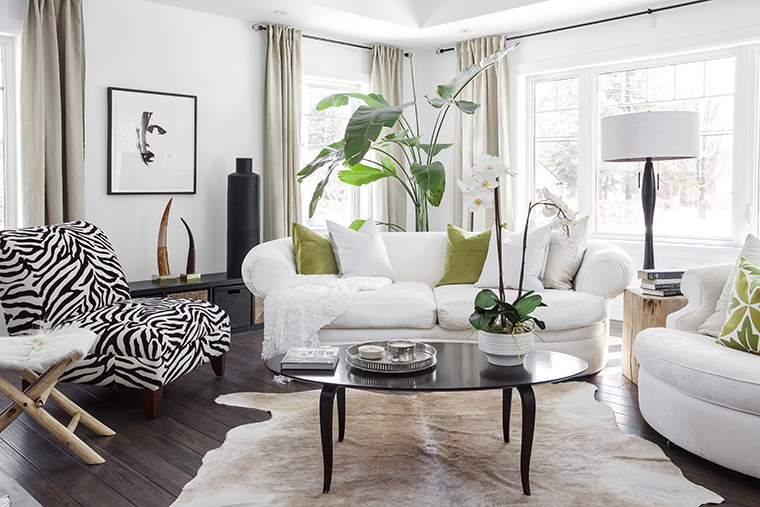 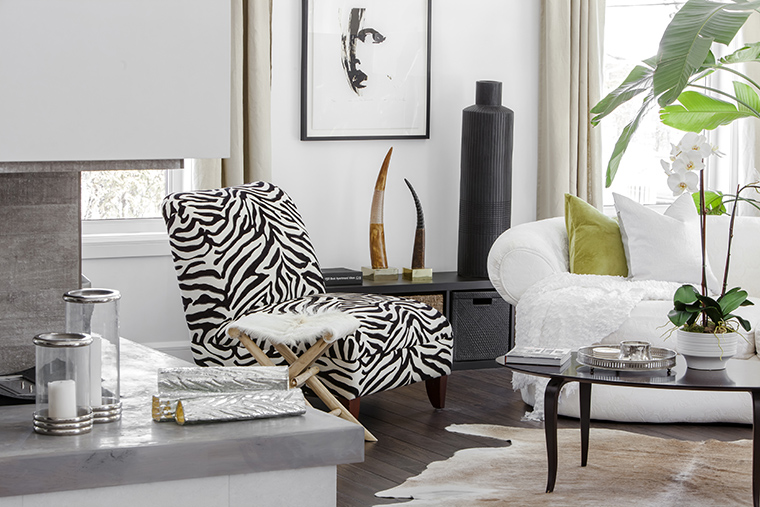 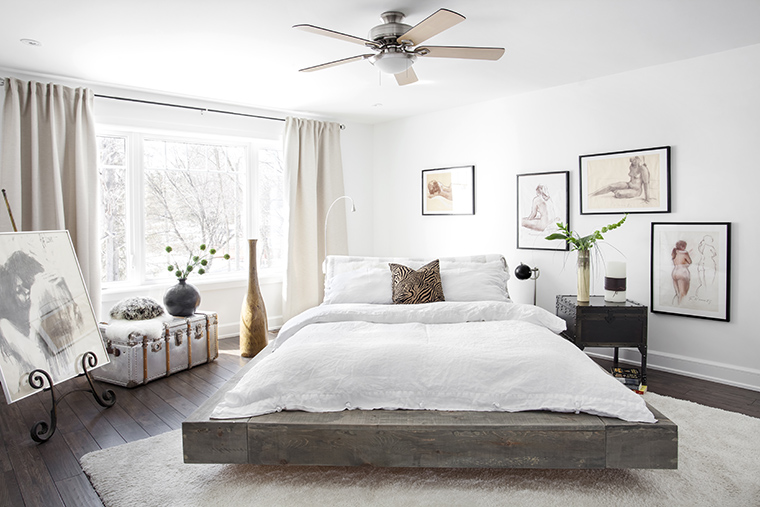 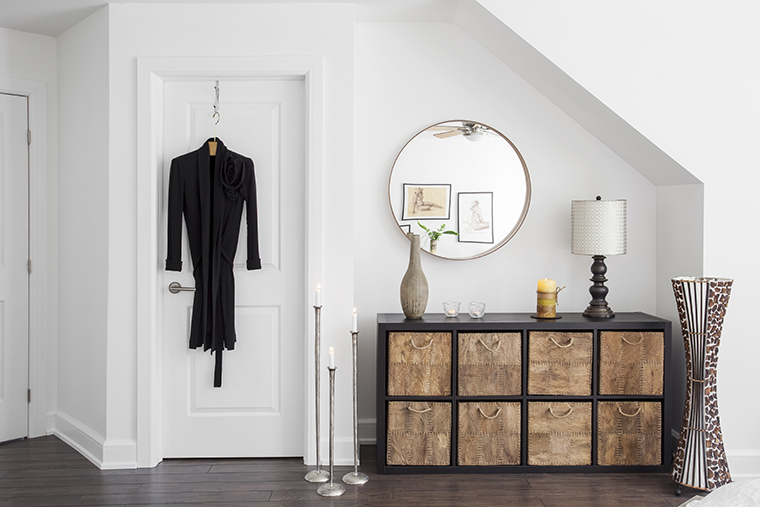 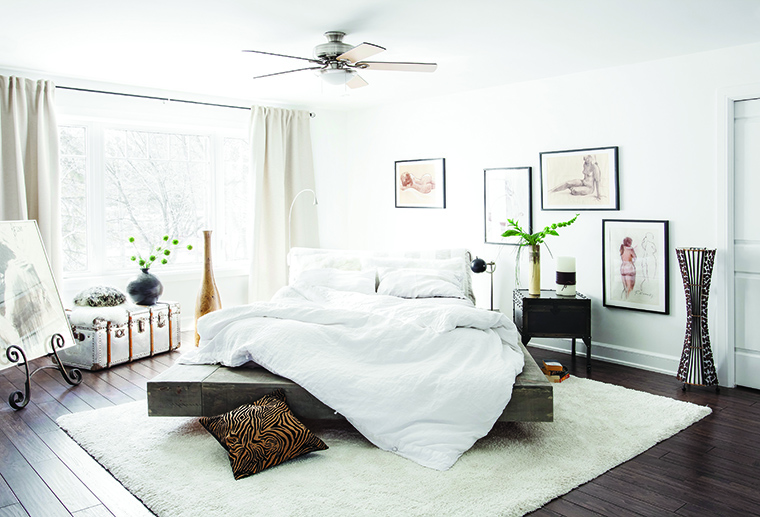 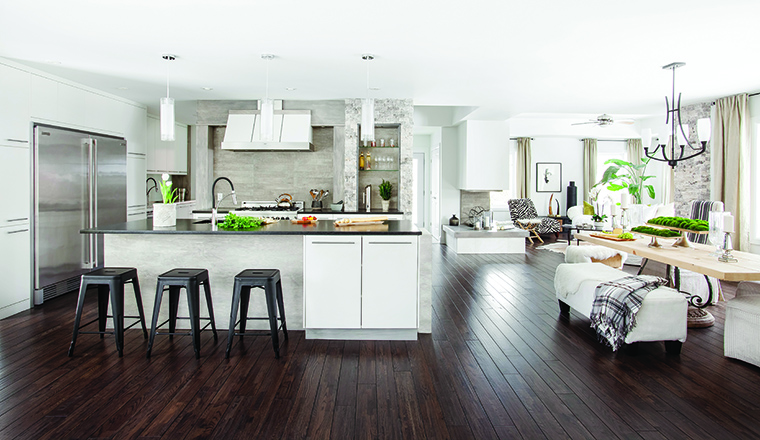 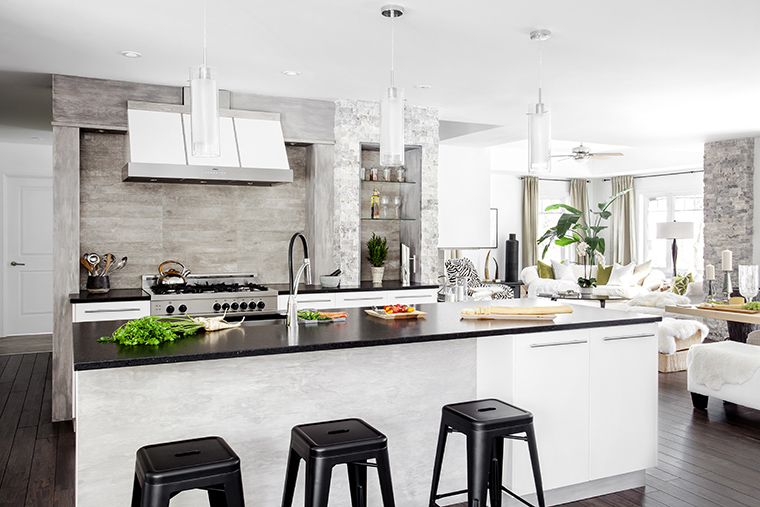 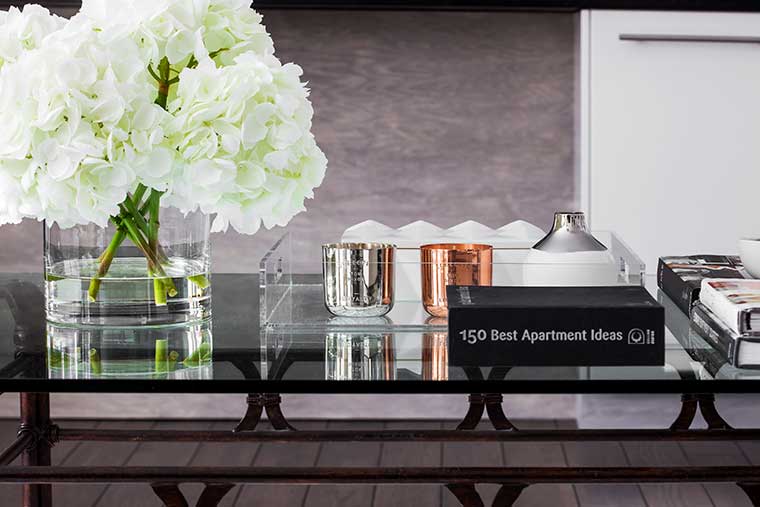 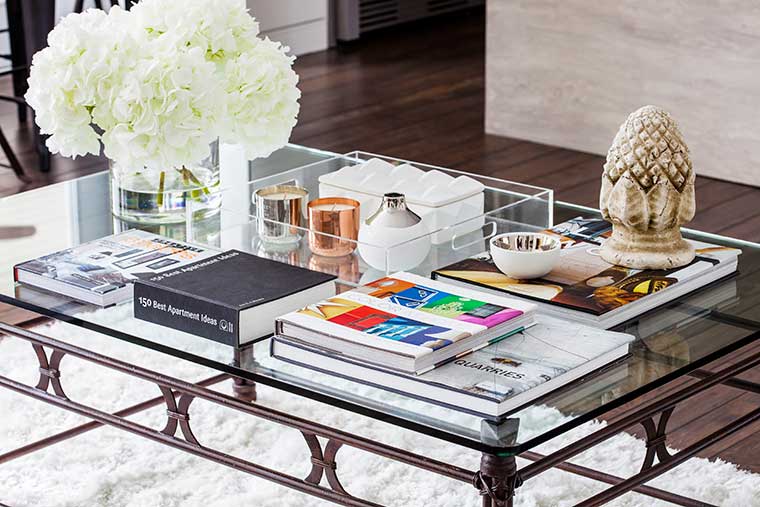 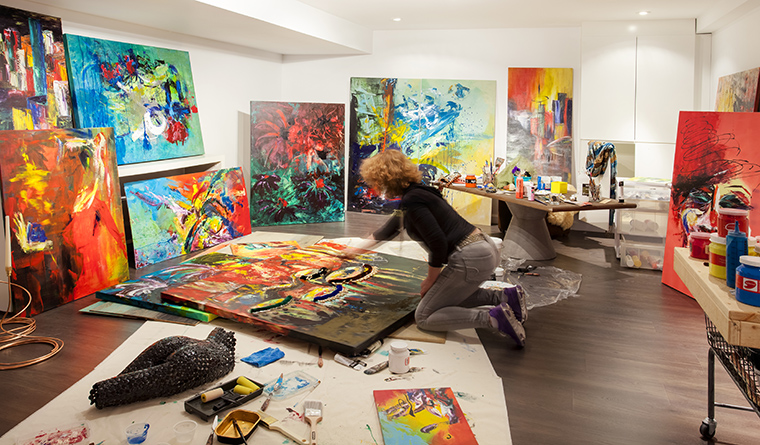 For years, Beaconsfield resident Corinna Della Serra glanced out her window at the 1950s bungalow across the street and imagined its possibilities. “When the owners told me they were selling, I knew it was my chance to create a home deserving of the beautiful corner lot,” she says.
The single-car garage had always bothered her. “Squeezed near the neighbouring house while the other side of the lot sat empty, it unbalanced the whole property,” she recalls.
She resolved to build a two-car garage kitty-corner from the existing one so the driveway would be on the quieter side street. Before any demolition began, Corinna spent hours in the empty bungalow to determine how the sun and stars would best cast their light on the renovated home. “I stared out the existing windows and patio doors and visualized where they might be better situated,” she says. “When you’re stripping a house down to its studs, it’s essential to take the time to figure out where you would actually like rooms to be, instead of sticking with the existing footprint.”
In fact, she doubled the size of the house’s footprint to 2,900 square feet from the original 1,370 by extending the building on one side and adding a second storey to the new part of the structure. The second floor contains a new master suite.
While her paintings are vibrant, she prefers texture over colour for her living space. “I see 1,000 whites, depending on each texture,” she explains. “And neutral tone-on-tones outlast trends and can easily be updated with a few decorative accents.”
Her artistry is evident in the wall she clad in two-by-six-inch stone tiles behind the stairwell leading to the loft and bedrooms in the second-floor addition. “To avoid damaging new stairs, I installed the travertine tiles upwards from a board secured into the wall where the staircase begins to turn while the construction steps and scaffolding were still in place,” she says. “Then I removed the board and carefully placed the rest of the tiles so the actual stairs appear to come out of the wall.”
The wall continues to form an impressive column, wrapping into the kitchen where it incorporates lit shelving. Corinna chose 24-by-48-inch backsplash tiles to minimize grout lines.
She incorporated the same tiles in the fireplace design. To create the look of a heavy concrete slab without having to reinforce floor joists, she poured self-levelling concrete on plywood into a temporary frame that overhung the base.
Upstairs, the Big Dipper is visible through the ensuite bathroom’s skylights, while the loft windows guide early sunrays through the master bedroom’s double-door entrance to softly illuminate the view from the bed that Corinna also crafted.

A Beautiful Piece of History

Photography: Angus McRitchie Original wood beams that date to the early 1770s frame the upper-storey loft space, while the stone...

Children’s rooms used to be oh-so-sweet and cute, girlish or boyish, a circus of colour. But contemporary designs for infants...

ALL FOR A GREAT NIGHT’S SLEEP