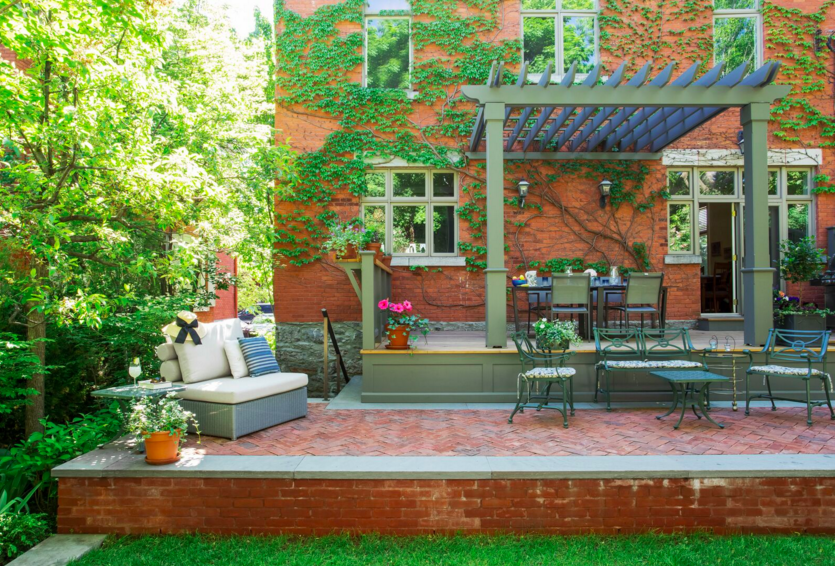 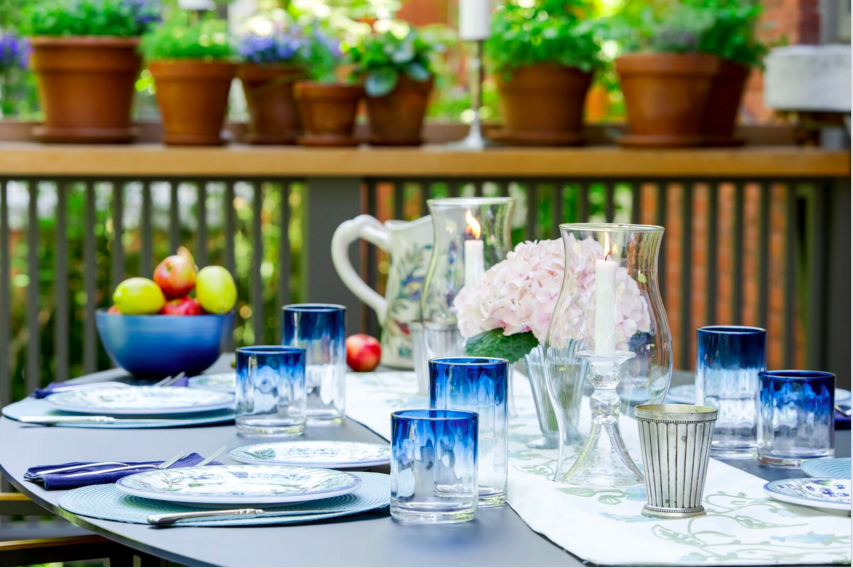 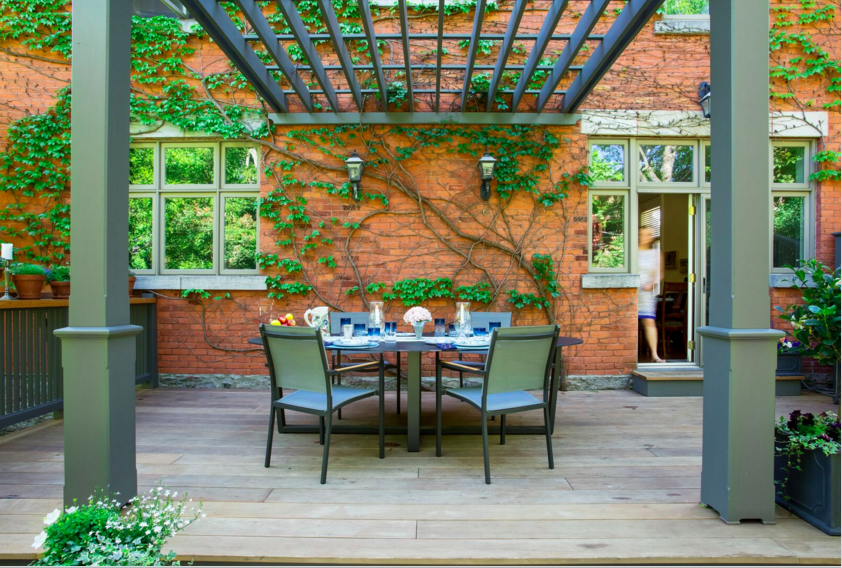 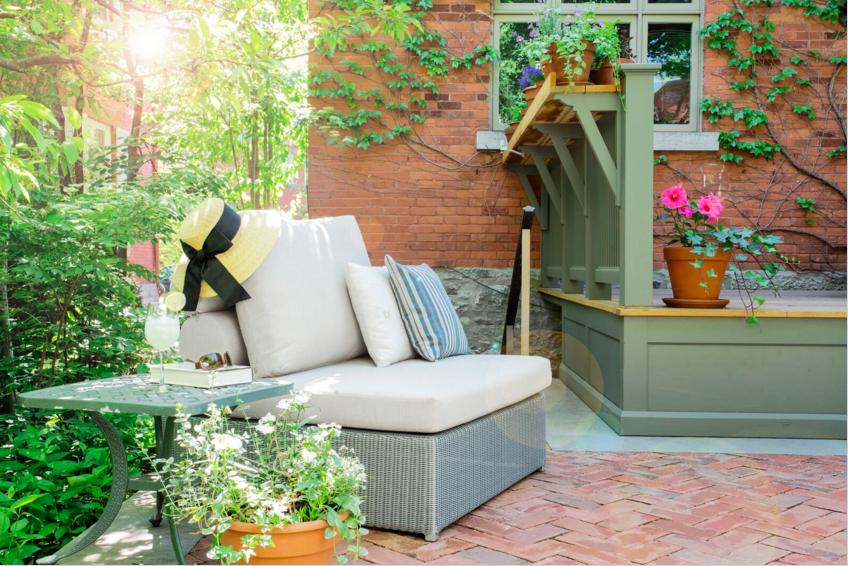 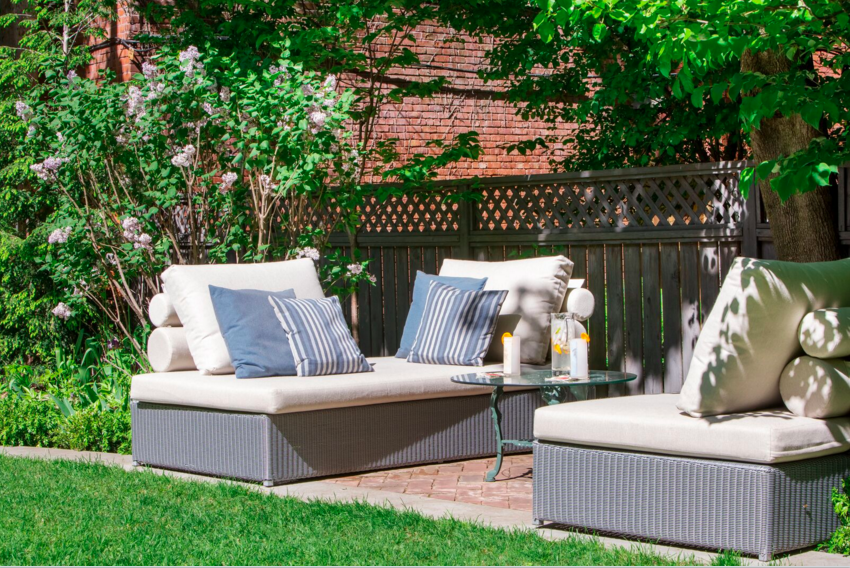 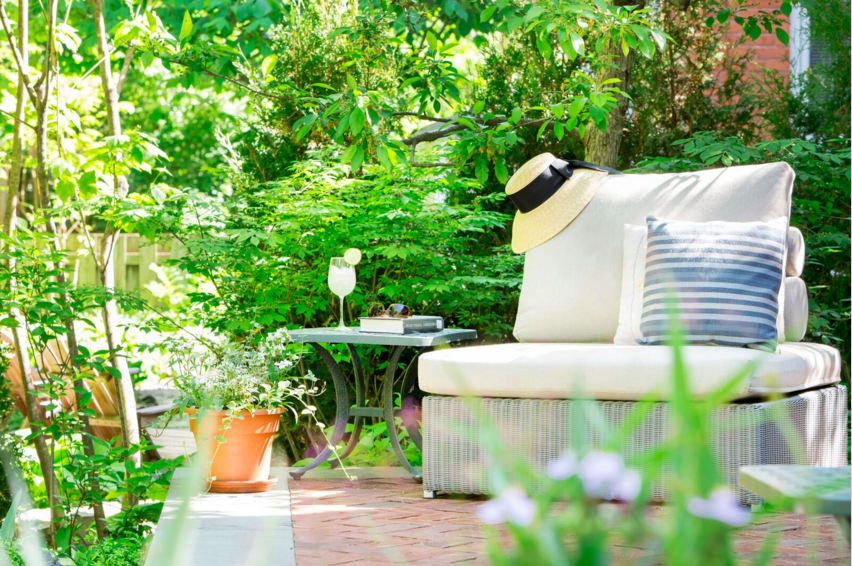 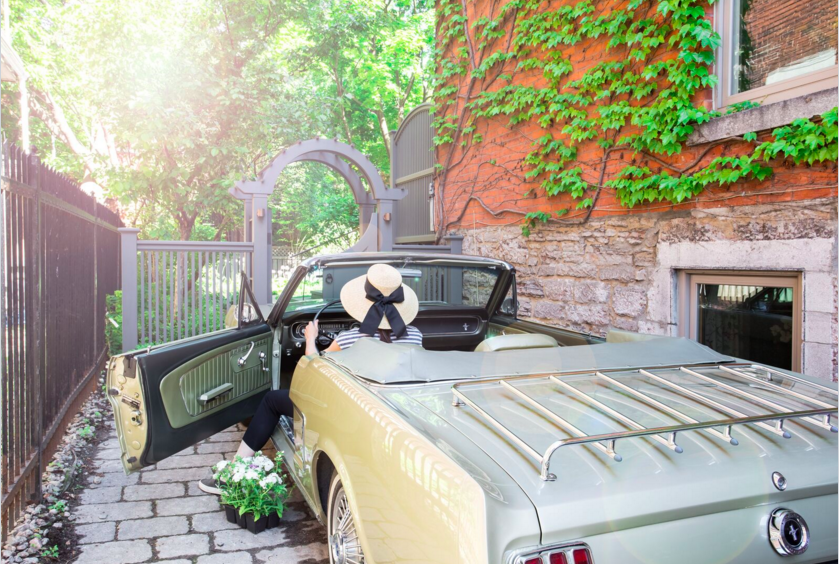 When one leads an urban life and has no country house, a city garden becomes important. The owners of this Westmount property have a moderately sized backyard (2,440 square feet) that had done yeoman service for years but was in need of an overhaul.

The couple had bought a home on the flats near Westmount Park so their then-young boys would have plenty of space to play close to home. The house’s backyard had the requisite patch of lawn (which did see plenty of activity by the boys), a deck, and flower beds meandering along the perimeter, but was otherwise unspectacular.

One of the homeowners describes herself as an enthusiastic gardener. Originally from California, she says “I had to learn a whole new way of gardening. For instance, what are considered annuals here can be perennials in California.”

Besides dealing with a radically different climate, she also had less space to work with. She was able to indulge in a small way her love of gardening but it was not entirely satisfactory. She and her husband also found that the existing deck was high enough to create a sense of disconnection from the rest of the backyard.

Their boys are now young men, so the couple decided last year to have the backyard landscaped to provide a more sophisticated look and be more like the urban refuge they desired. They talked to two companies whose work they had seen and liked, but ultimately found the right match after a nephew enthusiastically recommended RobitailleCurtis, a multidisciplinary firm, that is co-owned by the husband-and-wife team of Sophie Robitaille, a landscape architect, and Andrew Curtis, an architect.

“Between the two homeowners, there was an interesting dialogue,” says Sophie Robitaille. “She loves traditional detailing but also appreciates contemporary design; he’s more traditional.” What they have in common, she adds, is “their attention to quality and detail. They were really part of the process. The outcome was the result of good collaboration and high expectations.”

When drawing up their wish list, one of the homeowners had expressed a desire for a brick-paved patio reminiscent of a Beacon Hill garden in Boston. Upon seeing a completed project featured on RobitailleCurtis’s web site – a Philadelphia residential garden that used the desired brick and also had several other elements the couple liked, such as bluestone pavers – the choice was obvious.

“My husband met Sophie in the morning, and we had decided by the evening to go with her,” says the homeowner. “We found her lovely, easy to work with. We clicked.”

Robitaille immediately concurred with the homeowners about the existing deck. “There was a lack of integration between deck, lawn and planting area,” she says. “I could tell that the homeowner enjoyed gardening, but within the planting area there was a lack of definition and opportunity to actually engage besides gardening. You could go and garden, but it wasn’t really usable social space.

“However, as far as urban gardens go, it’s quite a large space, and there was the opportunity to add more of a living room, more spaces, more chapters in the garden.”

At the request of the homeowner, Robitaille and her colleague, landscape architect Teressa Peill, designed a subtly terraced garden. They raised the lawn’s level by more than one foot. The uppermost level is a new deck, shallower but wider than the original, with a pergola above. Two feet below the deck, but spreading slightly wider than it, a patio of natural clay bricks is laid in a herringbone pattern and edged in bluestone with a thermal finish. Because the difference in height between deck and patio is not large, the front of the deck is deliberately left without a railing so that the two levels feel integrated. That sense is reinforced by the stairs between the two: the homeowner requested that the steps have a low rise and deep tread, making them inviting to use and softening the transition from deck to patio.

A little less than two feet below the patio is the garden, with bluestone outlining the demi-lune lawn, which is flanked by flower borders. Directly opposite the deck, at the lawn’s apex, a lounge area is paved in clay bricks and outlined by bluestone.

In a sense, the backyard, with its geometric layout, has been landscaped in somewhat formal style, but this is softened by informal plantings so that the effect is sophisticated but relaxed. The landscaping, carried out by contractor David DaRocha of L’Artisan Inc., makes use of many fruit trees and ornamental shrubs that the homeowner had planted over the years. Some were left in place, some carefully transplanted to more advantageous spots.

In one back corner of the garden, a fountain burbles softly in a small pond. “One day I looked out and there was a pregnant raccoon washing in the pond,” the homeowner says. She also points out the opposite back corner, where “the neighbours were kind enough to leave an opening in their cedar hedge so we could have a view of their pond.”

Although there are a few finishing touches to be done, the couple have enjoyed their new backyard since late last summer and are delighted with it. Paramount among its many charms is the “more gracious and gentle transition from house to garden,” says the homeowner.

She’s pleased that architect Andrew Curtis was part of the project, citing the design of the pergola and deck and pointing out with pleasure the many small details that add to the design, executed by carpenter Gerard Rossiter of H.G. Rossiter Inc.

“The house is a beautiful Victorian with wonderful detailing,” says Robitaille. “We wanted to be sure we brought that quality of construction and detail in our work.” She says that she and her husband relish projects that combine their talents. “We’re not purely landscape architects,” Robitaille says. “We have an in-house architecture toolbox. We work closely on these projects.”

The homeowner admits that while the plans were drawn up and executed, “I had to let go of my territory a bit. The process is daunting.” She settles into a sofa in the lounge area and looks around with satisfaction, adding that “working with the right people makes it so much easier.”