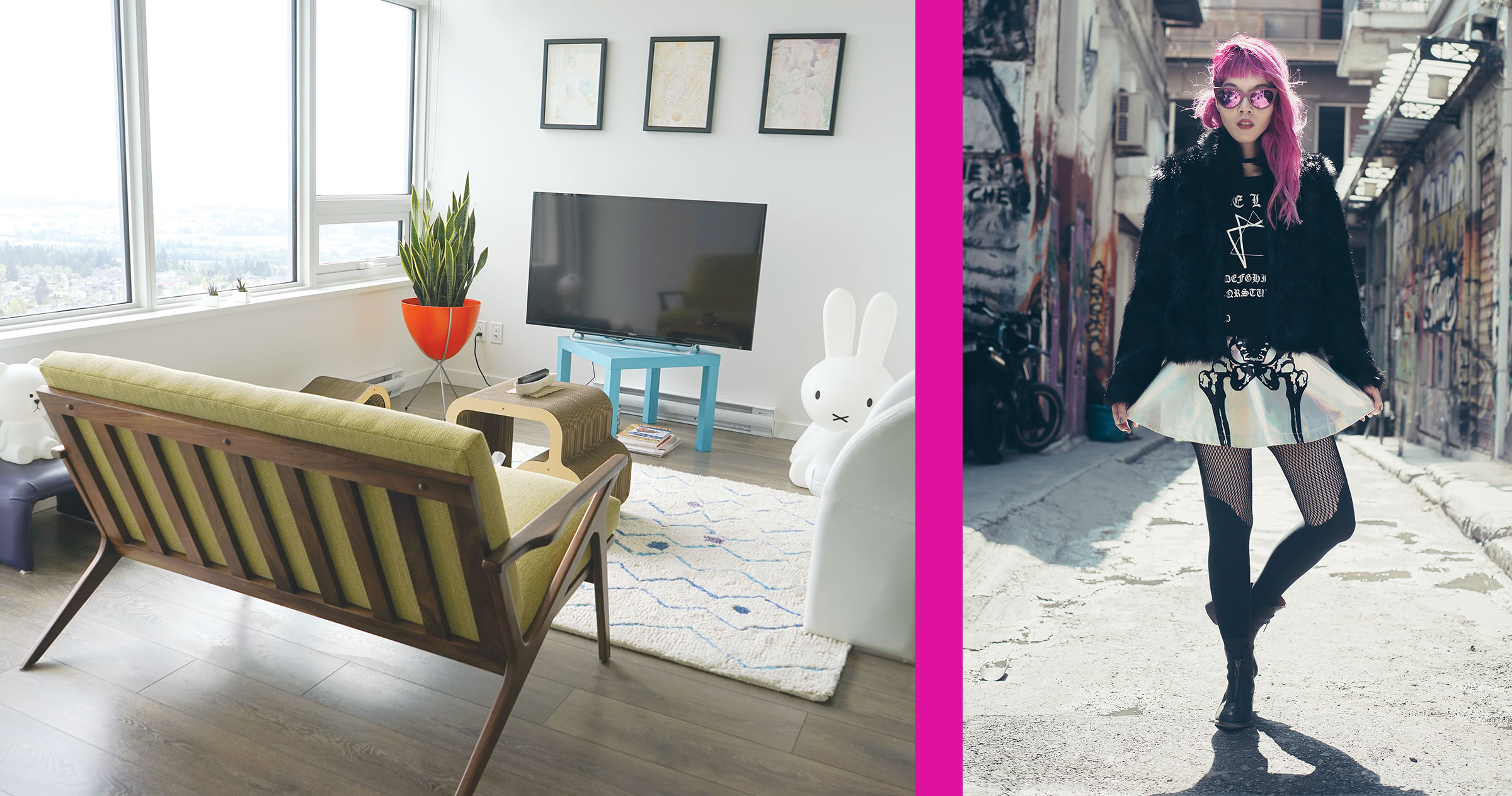 Carmen Yuen was searching for a way to exercise her creativity after completing her first year of a law degree at Yale University in 2007. During her undergraduate years at Columbia University, she had enjoyed a well-rounded curriculum that included art and music, and she yearned for some creative self-expression.

“I was in love with Harajuku fashion (the alternative, experimental styles found in the Harajuku district of Tokyo) and Japanese subcultures,” Yuen says, adding that she launched a blog under the name “La Carmina” to connect with others who shared her interests.

Within a year, the blog had several hundred thousand readers, and Yuen found herself travelling to Japan to meet with celebrity chef Andrew Zimmern to film an episode of Bizarre Foods. “This was a life-changing event for me,” says Yuen, who is known in the blogosphere as “La Carmina.”

“Not only did Andrew teach me to be fearless with food, but also with life itself. He made me realize that I should think bigger and that I should expand my horizons. Up until then, I had mainly focused on Japanese culture.”

Yuen has since, as La Carmina, written and illustrated Cute Yummy Time, a cookbook based on Japanese character bento, which features food decorated to resemble people, animals and plants. It was followed by Crazy, Wacky Theme Restaurants: Tokyo, a book that explores the bizarre world of such themed venues as the Pokémon Ruby & Sapphire Café, where chocolate pens are used to decorate crepes.

Born to a father who is an architect and a mother who is a real estate agent, Yuen learned about style and aesthetics at home. “I used to walk around and look at buildings with my dad and visit houses with my mom,” she says. Growing up in Vancouver, she also spent time in Hong Kong and Japan, where she developed a passion for Japanese subcultures.

Influenced by both Gothic and Harajuku fashion, Yuen has a personal style that attracts attention, and her clothes have become popular. So popular, in fact, that she recently listed hundreds of unique items for sale on Depop, an online shop.

Yuen admits her fashion sense is not for everyone; she once described her style as “Morticia Addams meets Hello Kitty.” However, there is a perfect balance to it. “I am a shape-shifter who likes to combine styles,” she says. “I like to be original.”

Travel is another favourite activity. “I am addicted to travel,” she says, adding that many of her trips are sponsored by airlines and fashion houses. “Some destinations are a lot of fun, like the Gracery Shinjuku Hotel, a.k.a. the Godzilla Hotel in Tokyo,” she says. “There is a towering Godzilla statue that looks over the terrace and which moves and roars and has flashing eyes. There’s even a Godzilla room that you can rent if you want to really get up close and personal with the monster.”

However, despite her predilection for kitsch culture, La Carmina writes about travel experiences that are off-the-beaten-tourist path. For her, “inspired travel” includes visits to temples in Myanmar and art exhibits that portray local cultures. “I like to ask myself questions such as ‘what are young people doing in Vietnam?’ or ‘What’s the art scene like in Myanmar?’ I want to connect with the people and learn about their culture,” she says.

Yuen wrote about “Inherit the Dust,” an exhibit of photos by photographer Nick Brandt at the Stockholm Photography Museum. The photographer overlaid images of wildlife onto pictures of slums and quarries in east Africa. The result is a compelling effect of elephants roaming through industrial wastelands.

In Myanmar, Yuen visited the Shwedagon Temple – also known as the golden temple – one of the country’s most sacred sites. Photographs portray children, their faces painted to protect their skin from the sun, punk rockers praying, monks and nuns, and chanting Buddhist children. “Since Myanmar has only recently opened its doors to foreigners, there are very few tourists in landmarks like these,” says Yuen. “It is still very locals-only.”

So how does Yuen decide on where to visit? “I’m not a tourist,” she says. “If I visit Amsterdam, I’m not going to visit the Anne Frank House or the Red Light District. I’m going to search out the underground scene instead.”

What’s in this successful blogger’s future? In addition to chronicling offbeat trends in travel, food and fashion, Yuen has turned her attention to interior design. She recently redecorated her Vancouver apartment, which she has profiled on her blog at www.lacarmina.com.

Wherever she travels next, it’s a sure thing that she’ll seek out the unconventional and share her discovery with the rest of the world. “I blog about the things that inspire me,” she says. “I want to inspire others.” •