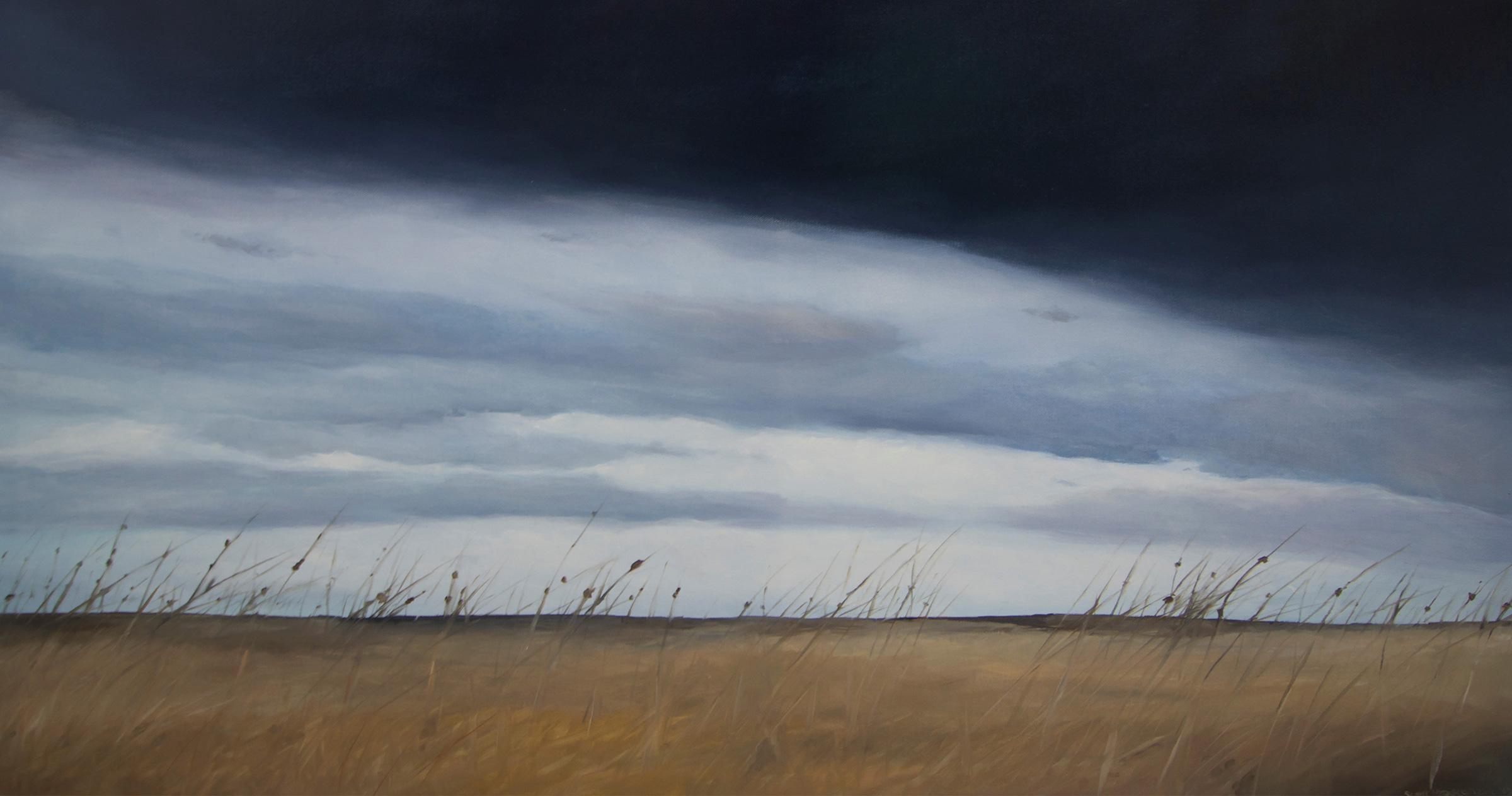 The Canadian landscape: How would you define it? How would you sum up its vastness? Its diversity? Its iconic qualities? Its ruggedness? Its uniqueness?

Scott MacKenzie has, in fact, tried. And it is this attempt that has given him a key insight: what defines a Canadian landscape is not simply what is seen, but what we feel when we see it.

He knows what he’s talking about. MacKenzie is a Canadian landscape artist whose images embody a sense of understanding. It is this emotional element that gives his interpretations of the Rockies their majesty, the prairies their strength, a stand of poplar trees a sense of safe shelter, and a row of wind turbines along an open ridge the promise of potential. A good painting for MacKenzie is about tapping into the emotional power of what is seen.

He’s well acquainted with this effect and believes it’s his mission to capture the rousing sentiments that draw viewers in.

“We are so lucky. Every region is lucky to have diverse landscapes all across Canada.”

“I think what I keep coming back to is the sense of presence from iconic places – places and things that deserve respect when you see them,” MacKenzie says. “I want to give the viewer – and, ultimately, the buyer of the piece – something to come back to, something that commands their attention.”

And the key to ensuring that there is a sense of reoccurring attraction, he says, is an undercurrent of strength. “I want to portray power,” he says. For this artist, that is the essence of every piece he commits to canvas. If it fails to meet that standard, he refuses to let anyone see it.

“If it doesn’t have that sense of presence, I don’t release it,” MacKenzie says. “It has to convey a sense of purpose. It really has to stand out. I don’t want to add average works to the pile that is out there.”

He characterizes himself as a representational landscape painter, or as he says: “My work is more figurative in style.” That figurative style is also evident in his renderings of people and animals. However, it is the landscape that holds him in thrall.

MacKenzie grew up in northern Ontario, in an area that he describes as having a stark landscape. It is an area that contrasts with the city of Calgary, where he now makes his home. It is no coincidence that many of his works include images of the Rocky Mountains and their picturesque surroundings.

“We are so lucky. Every region is lucky to have diverse landscapes all across Canada,” he says, describing what inspires the subjects of his paintings and the reason he gravitates to landscapes. “I try to see what it is trying to tell you,” he says of the views he paints.

The 41-year-old married father of two young boys says most of his works in the past 10 years have been rendered in oils. But from an early age, he drew in charcoals and painted with watercolours. “I’ve been drawing since day one,” he explains.

He has little formal art training, but has travelled the world extensively, immersing himself in the work of great artists and artistic trends around the globe. He says his work is also influenced by the print-making style and strong sense of design he observed in Japan. It was there that he realized the power of having one focal point in an image, he says. In Australia, the aboriginal influence, characterized by the use of bold colours and a “basic representational look,” also shaped his approach to painting.

Although his subjects cover a variety of outdoor scenes, he works exclusively in a studio. “I’m fairly methodical. I have a defined process,” MacKenzie says. He often finds himself working on between five and 10 pieces at a time. He produces about 10 to 15 works in a month, but only about two-thirds are actually brought to completion and put out for consumption. “I want my work to be really impactful,” he says. “I want (an image) with power and a sense of presence.”

That sense of presence is perhaps what makes his paintings stand out when placed in a well-designed home. But, he admits, it is difficult to predict how a piece will command attention once it’s on a wall. “The hardest thing is for people to visualize how it will affect a room,” he says, explaining that he suggests buyers try a painting in various locations until the appropriate setting is found. The right painting in the right spot combined with the emotional element he believes it must contain will “give you a reason to come back to it,” he says.

When that happens, he adds, he has achieved his goal.

MacKenzie’s work has been showcased in a number of group shows, including at Calgary’s Leighton Gallery and ROAM Gallery along with the Art Vancouver exhibition. He’s a member of the Federation of Canadian Artists.

He admits that allotting time to promote his art through his website requires a disciplined approach.

Painting, MacKenzie says, “is so open and there is so much you can do. There are no right answers. That is what makes it so great and so challenging.”

The best part of the process, he adds, is recreating the feeling that is evoked by a view. But getting it right “is also the biggest challenge.” •

Sasha Rogers starts each blank canvas with a horizontal line across the middle and spends a lot of time getting...

Photography: Brenda LiuStyling: Kennedy McRae The design of a new garden terrace in a downtown Toronto condominium was influenced by...